Wordless Wednesday: So Pretty She Moooves Me 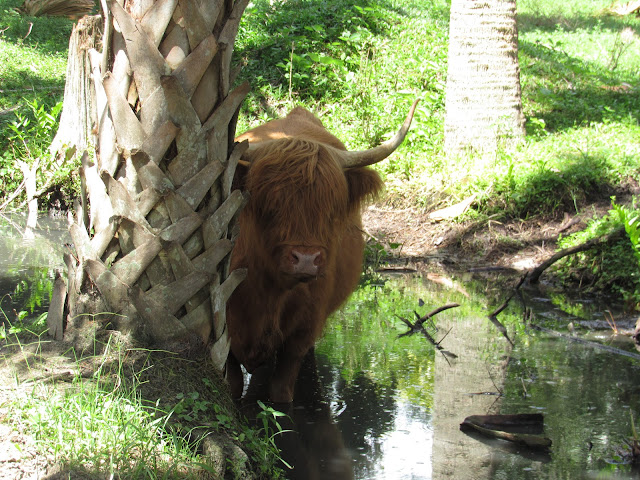 Who DID I See that Concert With???

Yesterday an article came up on my phone about Fleetwood Mac. That was JUST before my generation of music (I had Stevie Nicks' CDs, but never any F/Mac). I clicked it just because...and became engrossed in the love story of two of the band members (turns out there was more than one, but that's a story for another day, and not this blog, lol). What was intriguing though wasn't so much the story as the way the guy in the pair I was reading about, still looked at the woman (so many years later). It seemed like he was still wearing his heart on his sleeve, which cannot be true (?) since he is happily married with three children of his own (something I also found out yesterday), and she (according to the article), had him kicked off of the reunion tour and they were in court...but there was an undeniable chemistry there, something you can't quite put your finger on, but you could feel it (so much so that I started googling to learn more about them, and that's how I came across the above information that has been repeated so often there must at least a modicum of truth to it).

That got me thinking of music, and musicians, which got me stuck in a YouTube loop (it happens once in awhile) of old music that I liked in high school. That led to me viewing AC/DC footage and I absentmindedly said out loud that it was the best concert I'd ever seen. And it was. I saw them in the mid-90's, and they really put on a good show.

But it took me a few minutes to remember who I saw the concert with. You would think that it being a great concert, I would easily remember WHO I saw it with, but I guess that's not how my brain works. So then I started to deliberately single out concerts I've seen, and try to remember instantly who was with me. Almost every single one required me thinking, really thinking about it (with a few solid exceptions), which led to this post.

The Steve Miller Band I remember seeing with my good friend, because it was one of those shows you didn't expect to be so great, but it really, really was... he sounded just as good in person as he did on record, and we were both marveling about it.

Brittany Spears I remember because it was my oldest son's first concert (he hates when I tell that story, but he LOVED her music (and this was waaaay back when, when she was pretty much a kid too), so I surprised him with tickets. His younger brothers fell asleep on the seats because it was in the p.m., which still makes me chuckle.

And Creed I remember because it was the second concert I took the same son to (the youngest opted out). LOL

Lynyrd Skynyrd...no clue who I saw it with, but I remember a group of us sitting on a hill at the amphitheater in West Palm Beach.

James Taylor...no clue again, but I remember being upset that he didn't play ANYTHING I knew and loved.

Bush was a good concert, but I remember being irked by the smell of certain something-something in the audience (I've always been a bit of a nerd, and that was never my scene). I wasn't a fan of the mosh pit either (again, a bit of a nerd here). In fact, regarding MOST things I've been a huge nerd (I own it, I don't mind) but in music I branched out a bit and liked quite a few genres, including rock n roll, which was probably a bit 'rebellious' of me since it embraced themes that were as far removed from my being as could possibly be, which I suppose was part of the rock and roll appeal. I still love the artists from that era, Led Zeppelin, Clapton, and the Doors (still popular from the generation just before), Queen, Motley Crue, Rush, U2, and so on and so forth... I could go on and on because there was a lot of music playing on the radio (and I liked many genres, though this post is focusing more on R&R).

There are other concerts too...most of whom I am stretching my mind to remember who I was with... and THEN, when I'm thinking of people, I'm trying to stretch my mind to think of what concerts I saw with that person (because surely there was something).

My mom wouldn't let me see any Rock-and-Roll concerts when I was a kid, but she let me listen to anything I wanted. She was more liberal than I was...I've always made sure my kids had the censored versions running on their top hit songs, and nothing too suggestive or otherwise not-so-decent playing in their lil' ears. Double standard? Perhaps, but there are two things I know 1). I can't bring myself to allow the kids to listen to certain music (all the cursing and way-too-adult lyrics seems inappropriate to me for the kids), but 2). I sure am glad my mom let me...

As for my recollection of concerts and who I saw them with, I have concluded that the mind is a funny thing. The way it processes is baffling, but I don't question it. I'm just bemused a bit by it today. :)
The one big takeaway I am getting from this post, is I have way too much time on my hands today (rare, and what a way to use it, LOLOL!!!). Oh well, everyone deserves a free day every once in awhile. :)