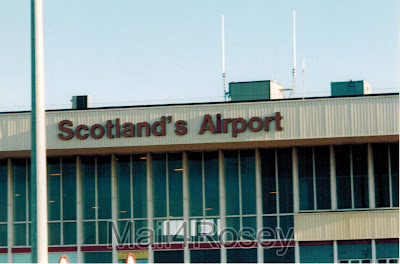 Travel is one of my favorite things to do.  In fact, everyone in the family likes it, even the little guy.  He's been on flights that last 12 hours, and not had one complaint (knock on wood that it stays like that), and for that I consider myself very fortunate.

In any case, because it is one of my most favorite things, I have had a tab at the top of this blog since I started it, but have never written a post that could be filed there.  Today I have a little time before I have to go out, so on a whim I decided to do a post.  I have been going through the photo albums for the last couple of days.  That's not something that happens often, but when it does, it's something I always end up enjoying immensely.

Today I picked up one from a trip we took to Scotland, and looking through it made me want to share. This trip was special because we were staying with friends (and wonderful hosts) instead of in a hotel.  They took us around to the touristy sites, but they also took us around to some more personal ones, and it really meant a lot to us.  And they fed us... a lot.  Hubby tried Haggis but could not be talked into attempting the Black Pudding (blood pudding), and at their house too, is where I tried my first scone (I played it pretty safe).  We also had some fantastic meals out, and the trip was one that I remember very warmly.

That's not to say the weather was warm.  On the contrary, the weather was a bit wacky.  You can see from the sky here that it alternated from beautiful, clear blue skies to instant gray and darkness, and then right back again.  It even hailed on us once, for about 30 seconds, and then miraculously the sun was out again with not a sign of bad weather. 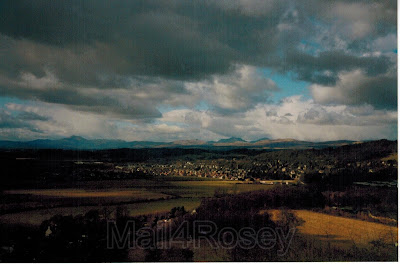 The weather, though, was a highlight of our trip, and despite the chill that was always in the air we were amazed at how fast it could change.

Another highlight of the trip was, of course the castles.  Among them, we went to the very famous Stirling Castle, and also to the Wallace Monument (Braveheart). It was a pretty steep hill to get to the top of the monument and I didn't find out until later (much later...as in when we were back home later) that they give rides up. The sword that William Wallace held was glassed there and it was very large, much larger than I would have thought.  Wallace must have been a very tall/strong man. 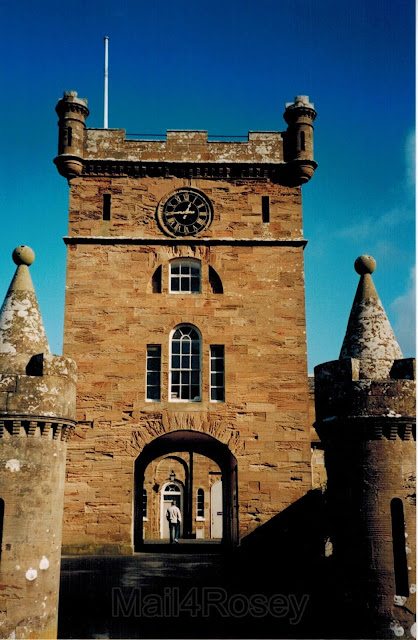 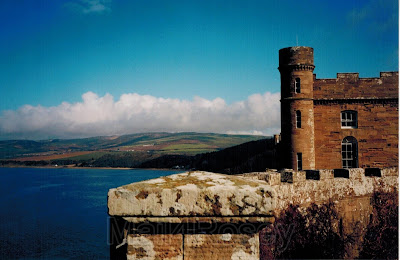 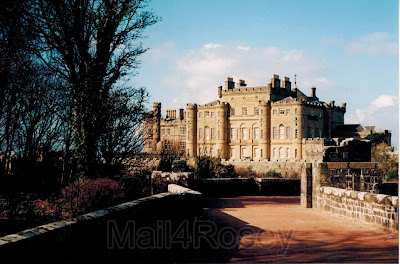 We also went to castles that were abandoned or not open to the public.  My very favorite castle was one that was in partial ruins.  The couple who were graciously showing us around used to play in this castle when they were children.  Can you imagine?  I used to play at the elementary school playground during the summer when I was a kid, they played in and around castles, lol.  This is the one I loved, Bothwell: 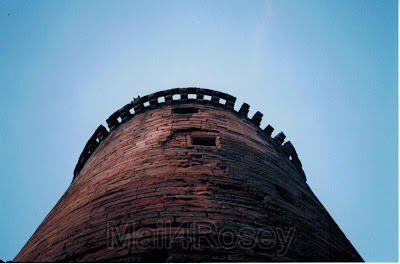 We did a lot of 'regular' visiting too, just hanging around the house and chatting, or going to the store, or the restaurant down the road (where I got the best Enchilada I have ever tasted, lol!), and driving around to see the land.  What a great deal of beautiful land Scotland has, and it's every single place you look.

Our friends took us to this Electric Brae, which I thought was neat: 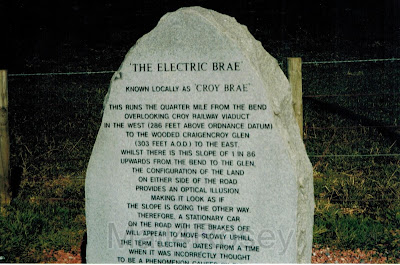 And my husband could not pass up getting a look at the Celtic Football Club in Glasgow.  He also got a tickle when he saw a stadium that housed The [Lisbon] Lions, which is the name of the US football team my husband loves.  I can't make any excuses for that, it's a fact, he is a lifelong fan of the Detroit Lions, lol.

On one of the days we were there, our friends took us to Edinburgh, the capital of Scotland, and what a treat that was to visit!  We've been to quite a few places and my husband always says that was his favorite city, he just thought it was absolutely beautiful.  I liked it quite a bit, but he really just fell in love with it.

While we were there our friends took us on a nighttime ghost tour (quite popular in those parts).  This is me sneaking a picture of hubby in line (or so I thought until he picked up his camera to take a picture back, lol).

Then it was time for the tour, which was so cheesy that we all couldn't stop laughing about it the next day, but still, it was a once in a lifetime experience for us.  And it was fun.

They also took us to a black market and told us not to take pictures...after I took a picture, haha.  I didn't know, honest.  I'm still not sure why it was called a black market.  There were tables set up everywhere with people selling things.  It all seemed pretty legitimate, and I always thought the term 'black market' had sneaky connotations to it, but maybe I watched too much TV as a kid. ;) 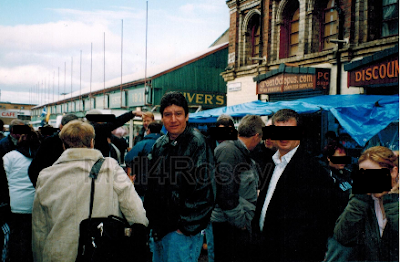 And then it was time to head back home.  The trip was lovely, and very memorable.  It is a place we hope to return, not only to see the beautiful land, but also to see our friends.

We always have house sitters at our place when we leave, and we usually catch a ride from the in-laws to and fro so we don't have to worry about leaving our car at the airport. My mother-in-law always gets a picture of us unloading.  One time her and my father-in-law had a sign up with our names on it and that made me laugh.

Trips are always so much fun, and so wonderful to experience, and this is the time of year I always get Spring Fever and want to go! go! go!

Scotland is a beautiful land.  If you've been, you already know that to be true.  If you haven't been, and you get the chance to go, don't even think about it, just do it!
on February 14, 2013