Last weekend we had a wedding to attend (which was very nice!) in St. Joe, and after the reception, we made our way to the beach. To get there, you walk the brick-paved streets, listen to live music (there were college-aged kids playing when we went down there Saturday night, and on Sunday morning there was an older gentleman playing guitar at one end, and an older lady playing violin at the other; walk down a ton of brick stairs; pass a gorgeous carousel; splash in the ground fountains for kids; stop at the big play park; and finally relax at your final destination...beautiful Lake Michigan.

The view offers the water, parallel piers, the working lighthouse, and a lot of great looking boats...just to name a few things, but the sand on the beach is what blows me away. It's that super soft, flawless sugar sand that just makes your feet h-a-p-p-y. Everyone notices it too, because it's just that awesome. 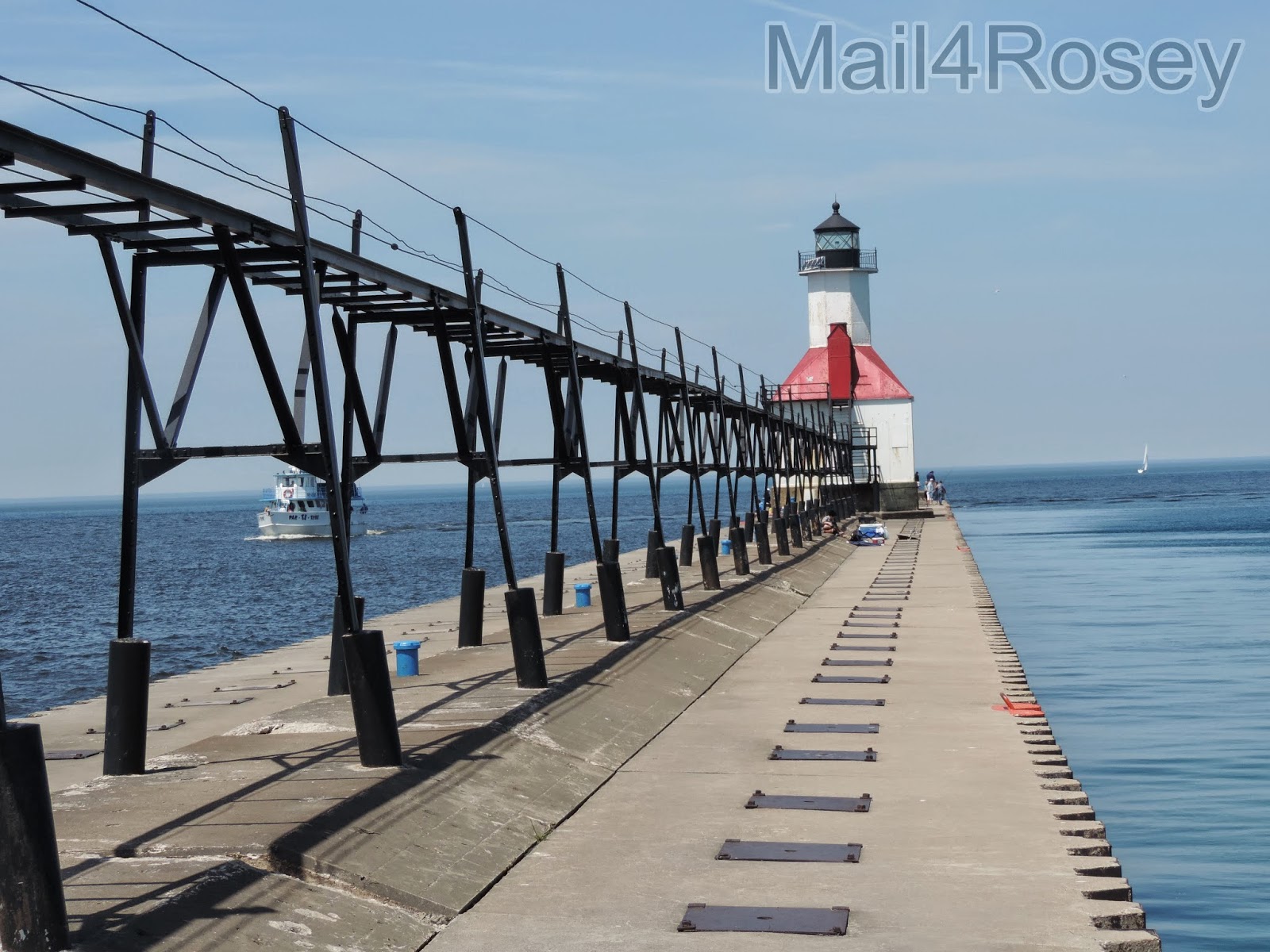 On the other side of the pier (we drove to get there) is Tiscornia Park. The sand there is nice, but not as nice and there are no restaurants or other places to happen into it (it is just the beach), but you have the great pier access and a far less populated beach, if that's what you prefer. I like both sides of the pier equally well.

The pier is nice to walk out on, and there were a few people fishing. Hubby took a selfie and later put it on his Facebook. His cousin noted on the picture that he'd been one of those guy out there with a fishing pole. If we'd have walked a few more feet we'd have come across him!! That would have been awesome. :)

I spotted a couple of really good looking fellas on the pier & had to snap a picture. ;)

We had a good time, like we always do when we visit. If you're ever in the area, a stopover in St. Joseph is always a good idea. There's entertainment aplenty for young and old alike, and it's got a nice, laid back resort feel to it that's really hard to beat.
on June 03, 2014