Oh Yes, We Did Love Our Visit to the Rock and Roll Hall of Fame!

If you are looking for something to do over the long weekend, please note The Rock & Roll Hall of Fame is offering free admission and entertainment on Monday, January 19th, in honor of Martin Luther King, Jr. Day.

On our way back from D.C. over the holiday break, we thought it would be fun to swing in and visit The Rock & Roll Hall of Fame in Cleveland, Ohio. Let me just tell you, if you're thinking of visiting, and I hope that you are, plan for a good chunk of your day to be spent there. We visited for several hours, and it was literally just not enough time. If we hadn't have still had such a long drive ahead of us to get home, we'd have definitely stayed even longer. 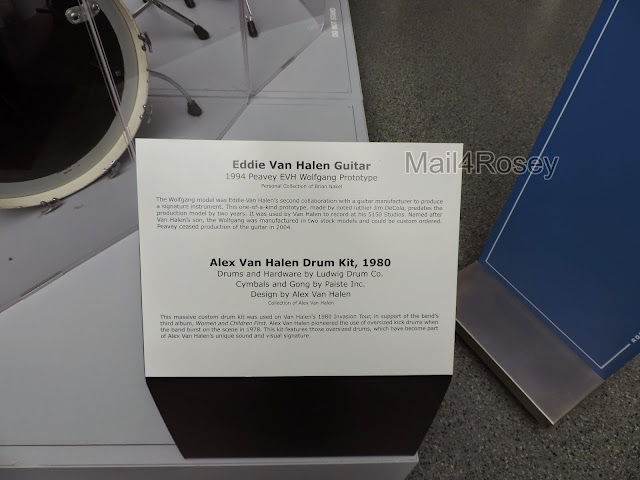 One of the huge perks of the visit was seeing instruments, concert props, and other items that belonged to the performers. Above you can see a drum kit that was used and owned by Alex Van Halen. Every item on display had a card with it, to explain exactly what you were looking at behind the glass.

All-time Rock & Roll favorites were to be found everywhere, as was anticipated/expected. A fairly extensive section was dedicated to Jimi Hendrix. On display were family photographs (some from when he was a child), hand-drawn pictures, clothing, records, etc.

Janis Joplin's 1965 Porsche 356C Cabriolet was right there for everyone to see!

And everywhere you looked around you there were larger-than-life paintings, photographs, etc. of performers well-known and loved. Entire sections of walls were dedicated to artist portrayal, such as the one you see of The Who above. 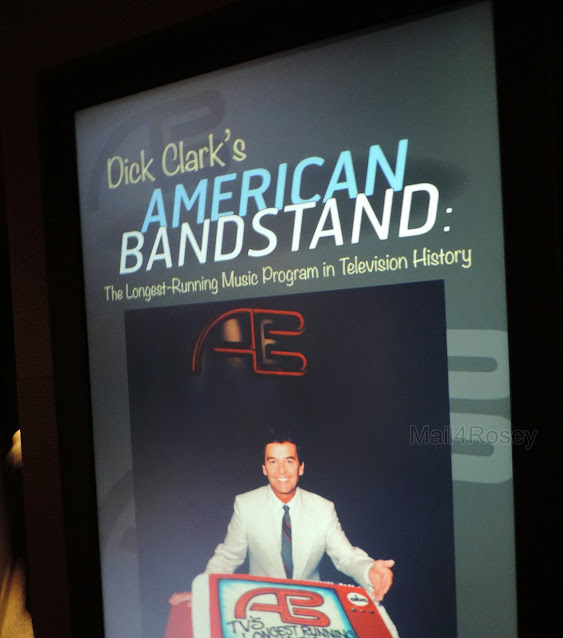 There were also rooms dedicated to certain things/features, such as one that played Dick Clark's 'American Bandstand' show continuously on a huge movie screen. I didn't realize the show had such a long run! I do remember liking to catch an episode of it though, here and there, when I was a kid. 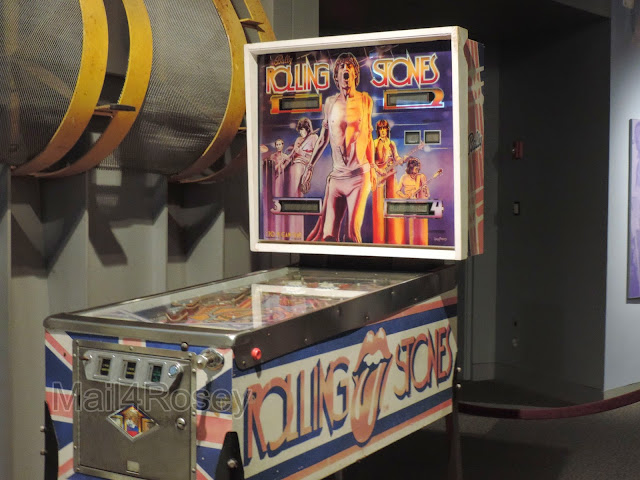 The Rolling Stones had a pretty large section too, as one would rightly expect. I thought the pinball machine above was really cool, it's been a minutes since I've played on one of those. They also have televisions playing live concert footage and running lyric rolls (in this section specifically for The Rolling Stones, but also in many other sections, for other performers as well). 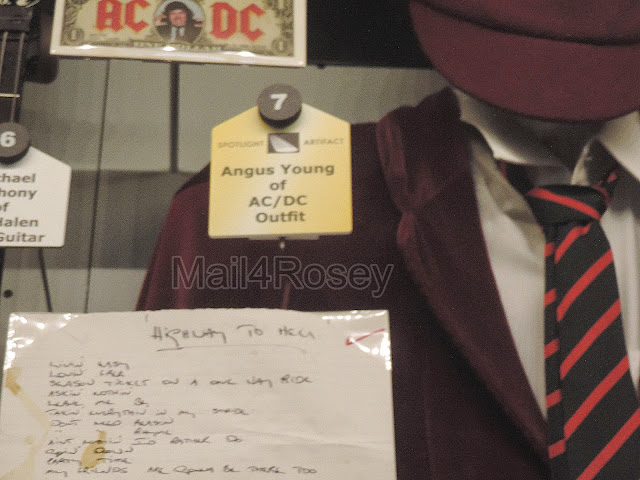 One of my favorite Rock & Roll bands has always been AC/DC. I saw them on tour in 1996, and it's just a love that's carried over from my youth. The Rock & Roll Hall of Fame had hand-written lyrics on display, among other things, and they even had one of Angus Young's school boy uniforms. 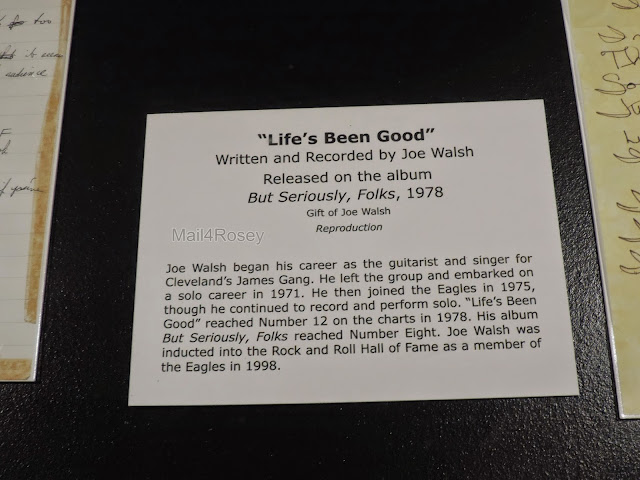 A good number of people in the Hall of Fame were there for their individual recognition, and for group recognition as well. One of those people was Joe Walsh, and when I got to his hand-written lyrics for "Life's Been Good,' I had to laugh... the blah blah blah at the end was all too familiar. We've all written that somewhere at some point right? His blah-blah doodles just happened to be on something that ended up becoming very famous. ;)

All around the Hall of Fame you could access music by the artists on display with little kiosks that had headphones attached to them. My teen daughter couldn't resist giving a Nirvana song a listen. In fact, I had to finally drag her away. ;) 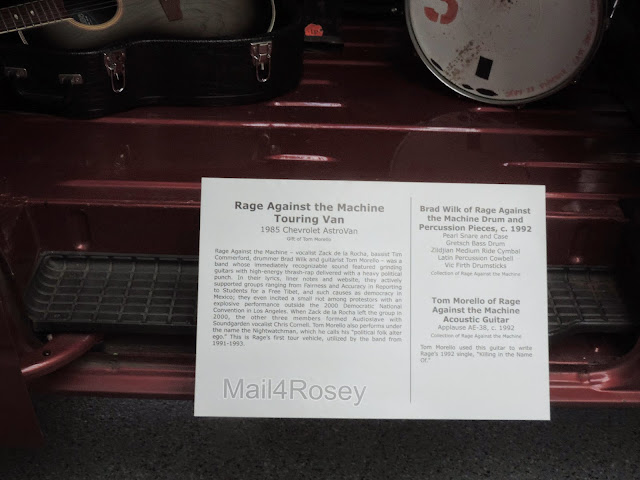 The Rage Against the Machine tour van was probably the most startling item to me, though it didn't surprise anyone else in our group. I know that these now-famous groups/people did not all start out wealthy...some very far from it, but seeing the van they used to tour with greats like Pearl Jam really did surprise me. And (don't laugh) it revived in me the sense of the American Dream that some of these artists went through...it was awesome seeing how humbly they began, knowing now that they've achieved the status they'd hoped for when they started out (and then some, for many!). 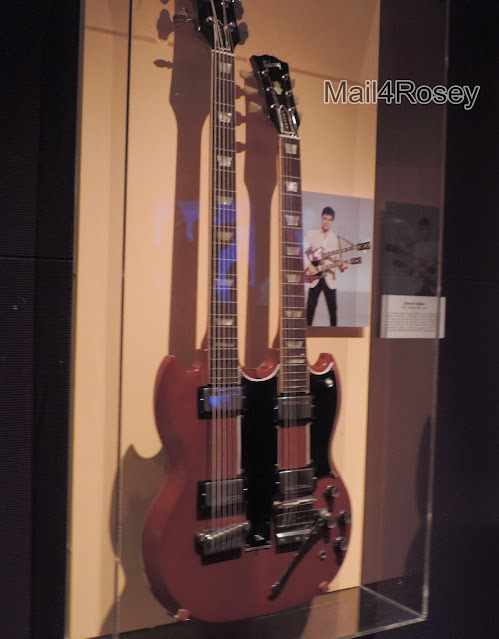 There was a very big area for Elvis (no surprise there). From his gospel piano singing days, to his Army uniform, to movies, records, awards, singing and more. They had a little bit of everything on display and it was great. What was most appealing to me, I think, was the video strip that was playing Elvis songs (with the lyrics popping up at the top). I wasn't the only one who was impressed; the bench seating in front of the film roll was full of people who were just mesmerized. You couldn't hear a pin drop in that room, everyone wanted to see/hear the music.


Jim Morrison was larger than life on one of the photo displays. The Doors were inducted to the Rock and Roll Hall of Fame in 1993. If I'm correct, Jim Morrison passed away in 1971? 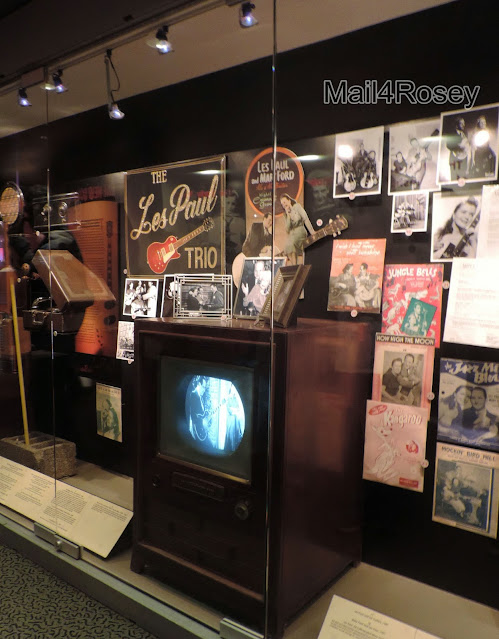 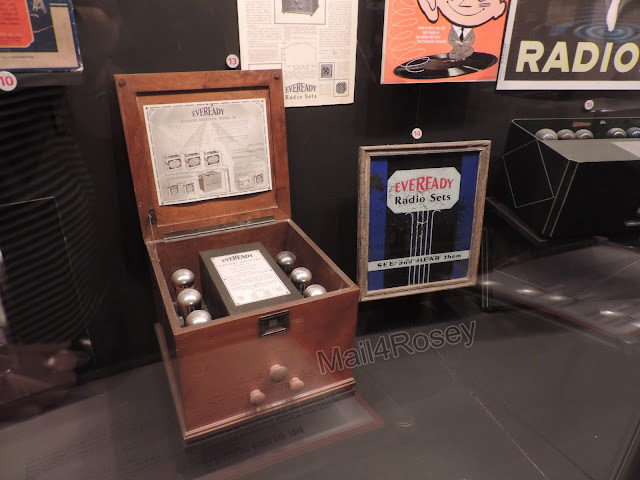 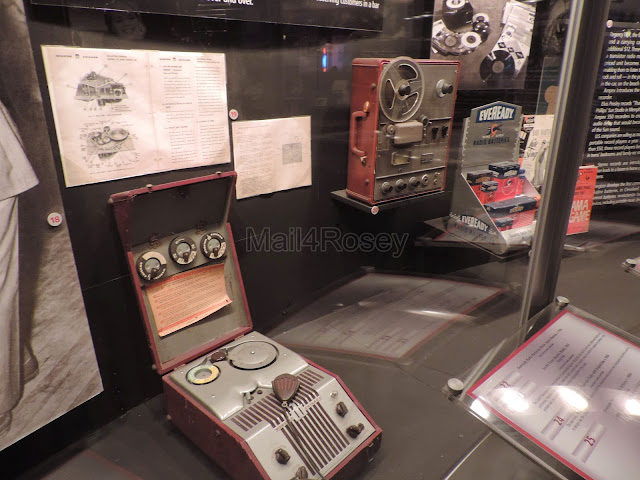 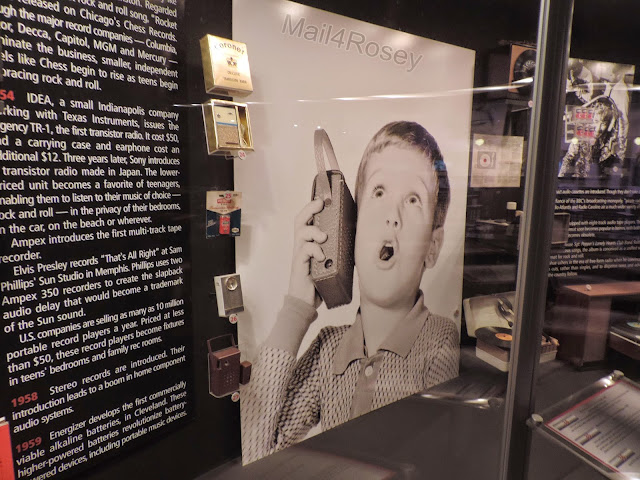 The evolution of sound was pretty crazycool to see on display. From the radios of my grandparent's day, to the iPod I have on my desk right now, a little sampling of everything was shown.

When you head to the area that houses the Hall of Fame inductees, you'll see a signature wall. For some reason my daughter and I thought that was really cool and we went from beginning to end getting excited over the names we saw. The guys were not wanting to see the signatures for more than a few seconds and were tapping their toes for us to hurry. When they saw that we were in no hurry, they left us and we caught up with them later. ;)

It was an absolutely fabulous visit, and I am so glad that we stopped.

Admission to the Rock and Roll Hall of Fame is just $22 for adults (with discounts for children, residents, military, seniors, etc.).  Just to note a couple of things, as I mentioned at the start of this review, if you visit this coming Monday (1/19) admission and entertainment are free in honor of Martin Luther King, Jr. Day.

Also, I saw on their website today that the Hall of Fame inductees for 2015 have been chosen. There will be an induction ceremony on April 18, 2015.

Side Note: I saw a review over the summer for the Rock & Roll HOF over at Christy's Cozy Corners. That's what made me want to take the fam.! If you want to see her review it is here.
on January 16, 2015