Spring Break for us this year was a trip to Dublin, Ireland.  We're home now, and I'm completely behind on almost everything I need to do that requires a computer because the very first day on our trip my hair appliance fried (leaving me too worried to use the converter again...but you know, it was nice too, not to be online for awhile!).  I used my converter and adapter like I always do when we are on a European vacation, and was not anticipating any challenges, but for some reason this trip left me saying, 'What's that smell???  OH MY GOSH!! It's the straightener!" The smoking appliance went directly into the garbage, and it left me way too chicken to plug in my laptop. ;)  It also left me with curly hair for the rest of the trip, lol.

That aside, we had a fabulous trip and I'm sharing some of the pictures below.  I also want to thank each of my visiting writers who were kind enough to provide posts for the time we were gone, and each and every person who came over to visit and support them with your comments.  You gals/guys are really awesome!! 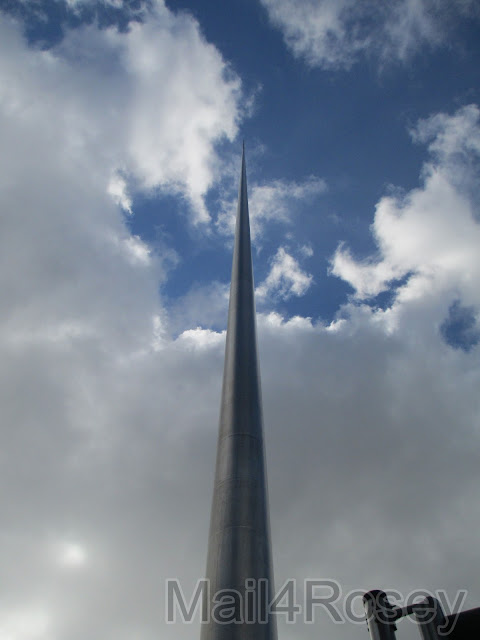 This is the Spire of Dublin.  It's about 400 ft. tall and lights up at night, which made it very easy for us to find the direction of our hotel (which was very close to it) no matter where we wandered to in the city.

The O'Connell Monument was one of many statues on O'Connell Street.  This one was named after Daniel O' Connell, an Irish political leader in the early 19th century. 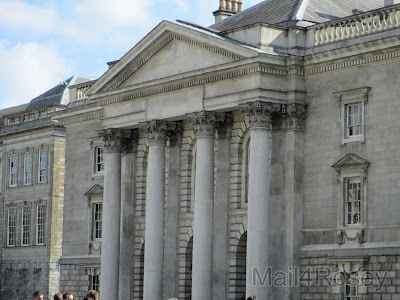 We went to Trinity College and it was love at first site.  They have the most amazing library, with some of the oldest, most wonderful books in the world, including The Book of Kells.  Pictures were not allowed inside The Long Room, but it was beyond fabulous, and easily one of my favorite parts of the trip. 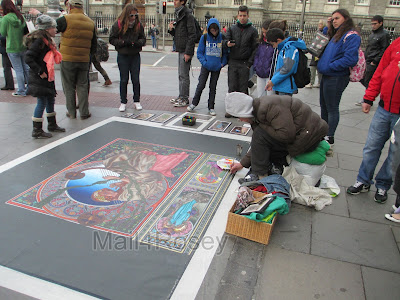 Despite chilly temperatures, artists and musicians still made their way out onto the streets.  The work of each person we happened by was nothing short of incredible. 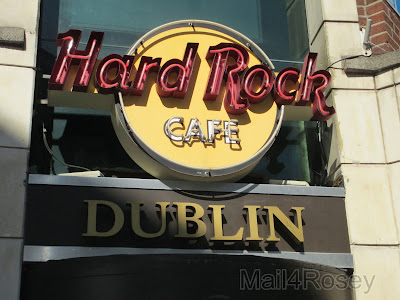 Of course there was a Hard Rock Cafe, and we were excited to spot it
(funny how that happens, isn't it?). 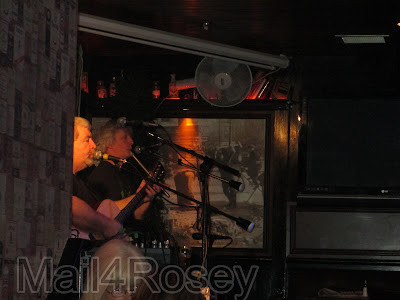 We like Hard Rock but we simply took a picture and moved on because we wanted to experience the more traditional Irish dishes, including a meal we had at this pub, complete with live music that featured the flute and a button accordion (and a very dark environment, where I didn't want to use a flash). 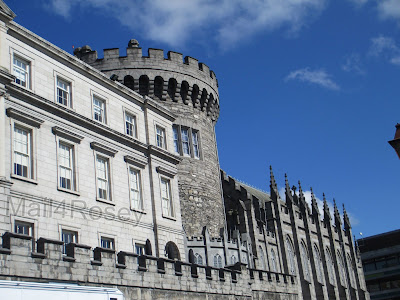 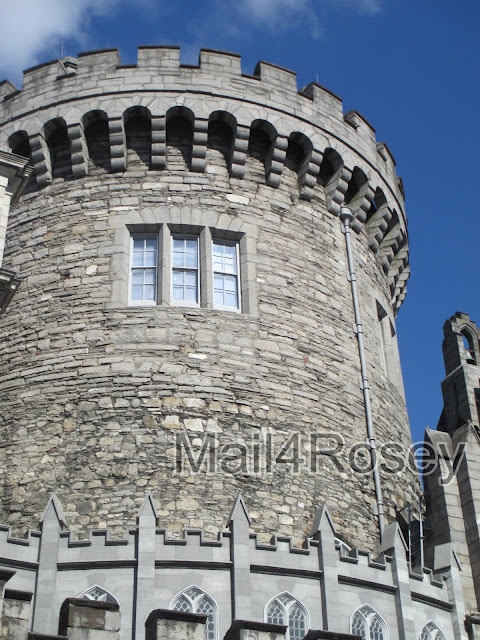 We were excited to go to Dublin Castle, only to find that it is closed until mid-summer. It was impressive from the outside, so I'm going to assume the inside was equally as nice. 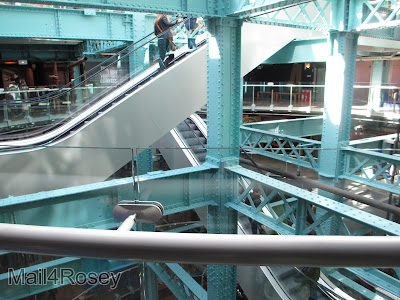 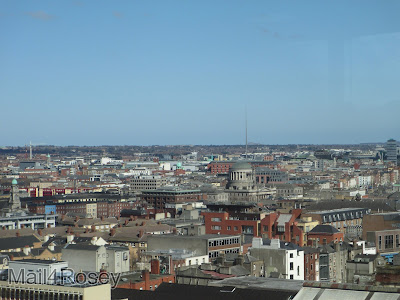 Walking through Guinness turned out to be really fun, and the view at the top came from an all-glass room filled with a LOT of people and music.  You could see every direction of the city from up there, and the windows had frosted words to tell you what it was you were seeing. 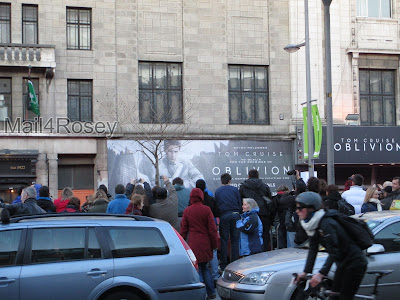 Tom Cruise was in town to see the premier of OBLIVION and people were lining up on the streets, and even climbing on the gates and in the small trees on the median strip to try and get a look at him.  He pulled up right as we were walking by (on the other side of the street) and screamed out, 'Let's make some noise!' to which the crowd obliged and then he promptly disappeared into the building. 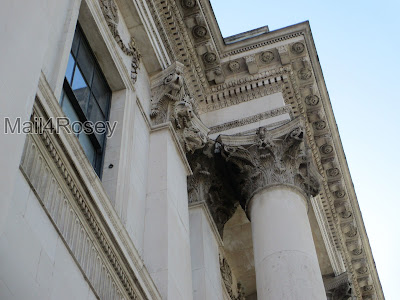 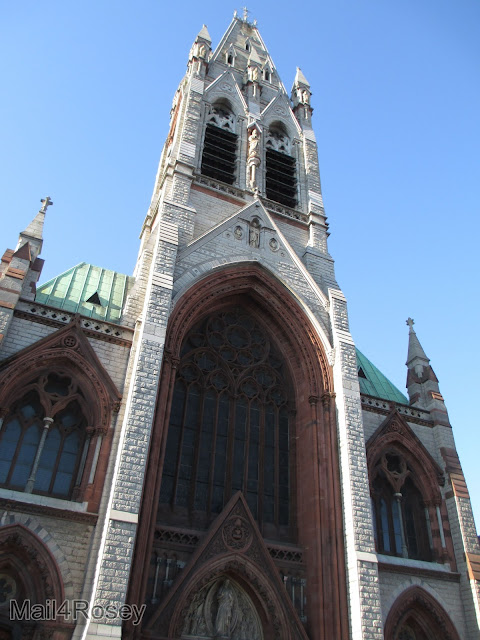 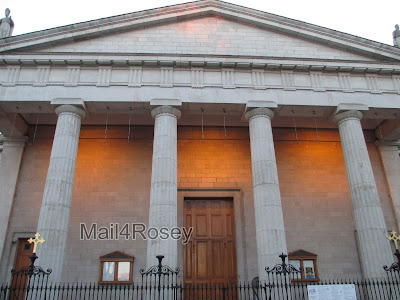 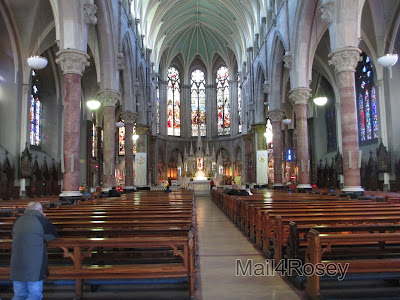 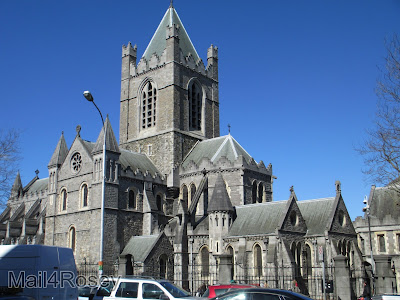 The architecture on the buildings and the churches was beautiful, and it was everywhere you looked. 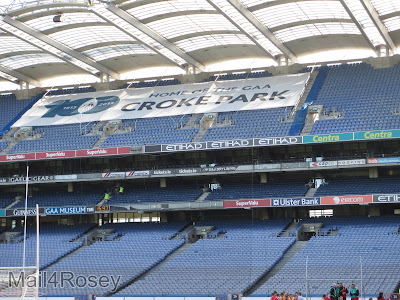 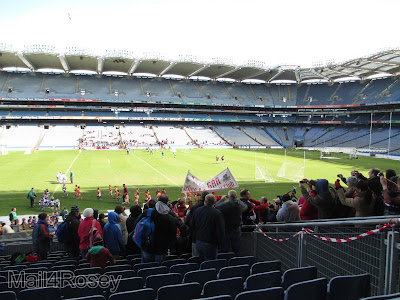 We don't usually pay for tours when we vacation, but we did want to see and learn all about Croke Park, the home of the principal stadium and headquarters of the Gaelic Athletic Association. The love of sport was evident here, and the Bloody Sunday history of the place was heartbreaking.  It was wonderful to see the place now a very happy one, full of children of all ages enjoying the field and the museum room with hands-on activities that allow the kids *and adults, lol* to enjoy running around and testing their skills at kicking a soccer ball, using a hurling stick, and the like.  I think visiting during the season would have been fabulous. I can just imagine the energy there during game time.

It was our first trip to Ireland, and the one thing that stood out, besides the beautiful everywhere, was that the people were so nice.  Everywhere you went, the people went out of their way to be kind, it was a nice change of pace, and a great place to visit for Spring Break.
on April 07, 2013