Bedner's has Become a Family Tradition 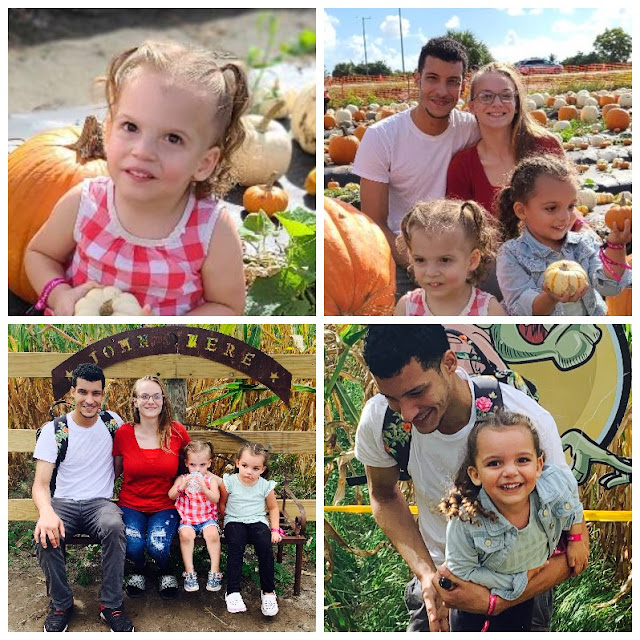 Bedner's has become something of a family tradition for us. It wasn't intentional, but it seems like we always end up finding our way there when October rolls around, and that's fine by me. 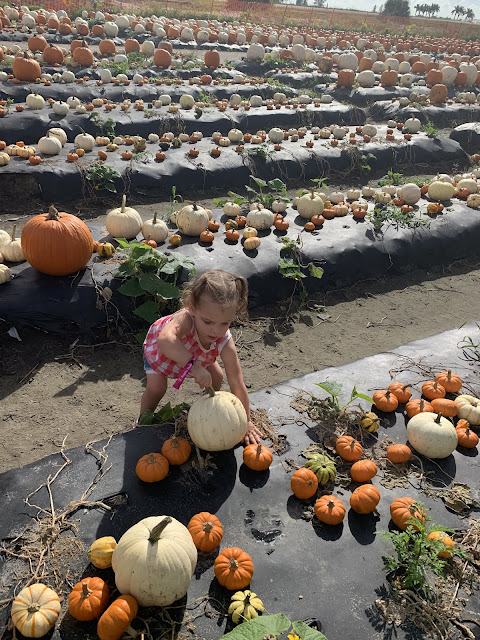 They've made some changes this year, and I really like them. They used to allow everyone in for free, and you could purchase tickets for things like the corn maze or tractor rides, if you wanted to do them. This year, they're charging a cover fee to get in and then most everything inside is included in that price. It has cut the crowds in half, and I for one am here for it!!
It may seem like that would be bad for business, but I think it's just the opposite. Those who are there, have already spent money, so everyone is a buying a customer, and I don't think that was the case before. A lot of people just came in for the photo opps, which is fine, but it got to a point where it was too crowded to really enjoy anything. That was not the case this year, and I was glad. 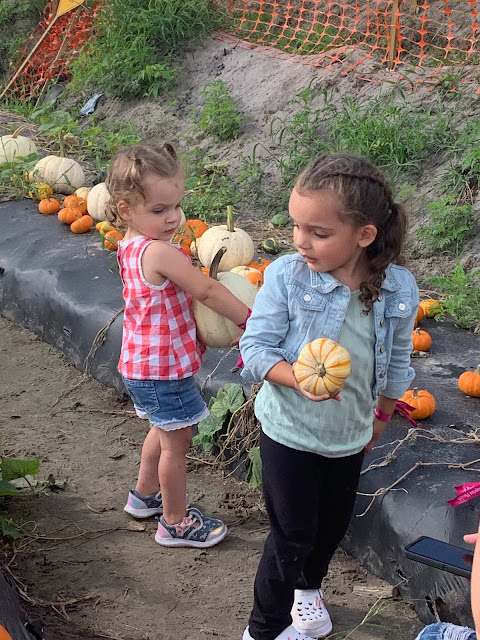 Before you couldn't really get right into the pumpkin patch, or anywhere else, and take pictures easily. Everything was crowded or had a line. This year, we pretty much let the girls pick where they wanted to search through pumpkins, and no one was even in the same row (and the rows are huge). 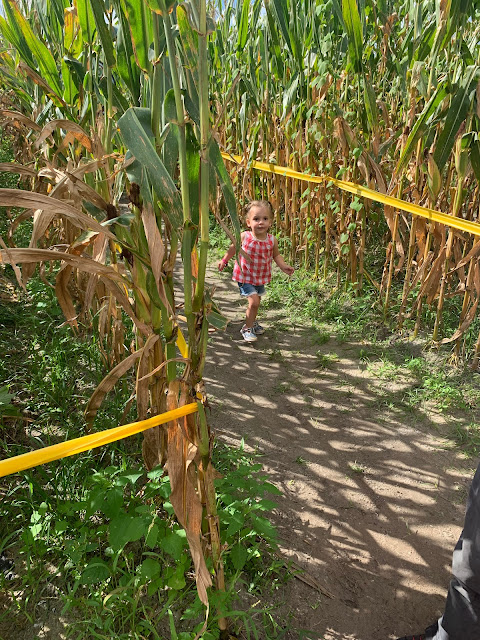 We did participate in the corn maze, and I was glad my son-in-law was along because my daughter and I don't really always have the best sense of direction, and who knows how long we'd have been in there without him leading the way. 😅 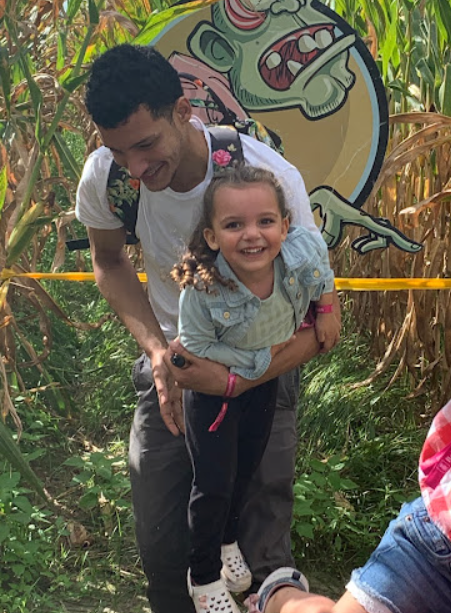 He also made it extra fun for his girls, saving them from the 'zombies' at the dead ends, running ahead and jumping out to scare them, and generally making them giggle sweet belly laughs that were absolutely contagious. 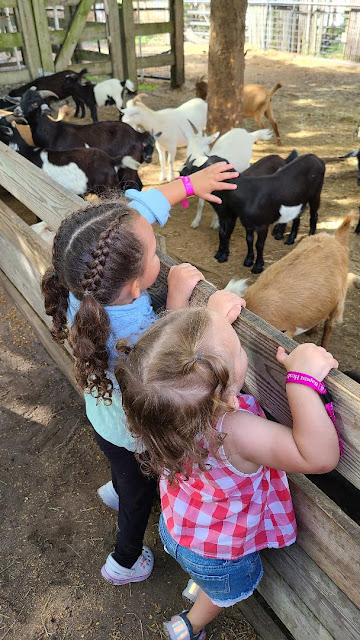 They had an area full of animals that were fun for the girls to visit too. The goats were a favorite because you could easily reach them. The llamas will be featured (sort of) in my Wordless Wednesday post. They also had a sloth, some baby kangaroos, cows, and more. You could pay to feed them if you wanted to, but we didn't do that this time. 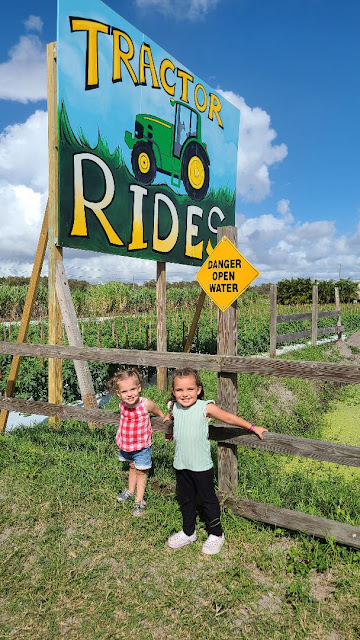 We did take the tractor ride that went by the water, through the strawberry patches, and all through the areas where they were growing things (Bedner's, like many pumpkin patches, is an active farm). 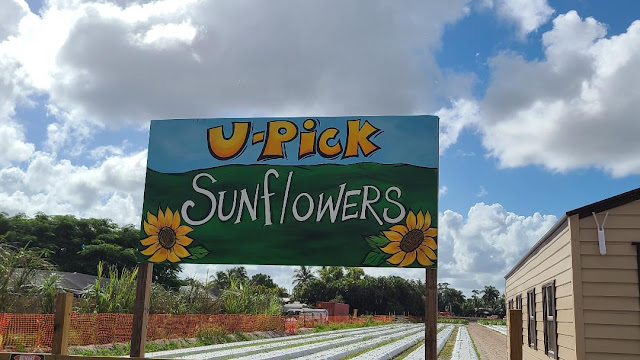 I was really hoping to get some photos in the sunflower fields, but we only saw them from afar. I'm convinced there was an easy way to get to them, or else they wouldn't have had this sign up, but by the time we got to this point, the girls were getting tired and everyone was getting hot, despite icees and then cold drinks. 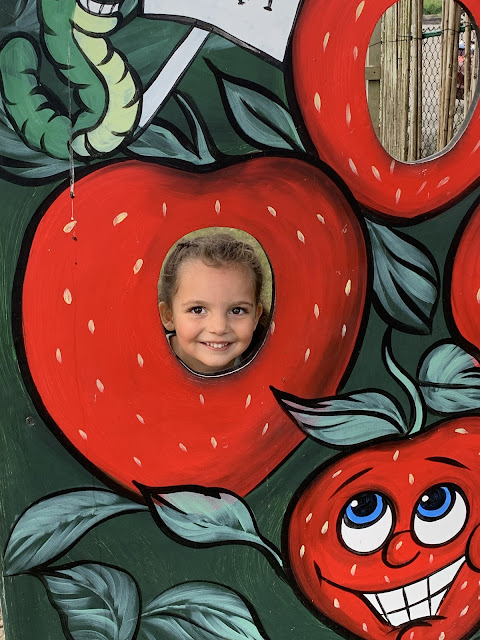 They weren't too tired to poke their faces in the berry cut-outs though. I remember her mama running over to every cut out too, when she was a young girl.
"Grandma, I want to be a strawberry!"
Okay then, let's go over there and you can be a strawberry. :)
It was nice to spend a little time with these sweet little angels. It always, always is... 🍓  Who else greets you like this...every single time they see you? :)  Yes, I do love these lil' pumpkins.
Wishing you and yours a Happy Halloween (if you celebrate it).
on October 30, 2022