HESS Does it Again: All Aboard for Plush Train Release

Disclosure: I received a free product or a discount to use towards the purchase of one. 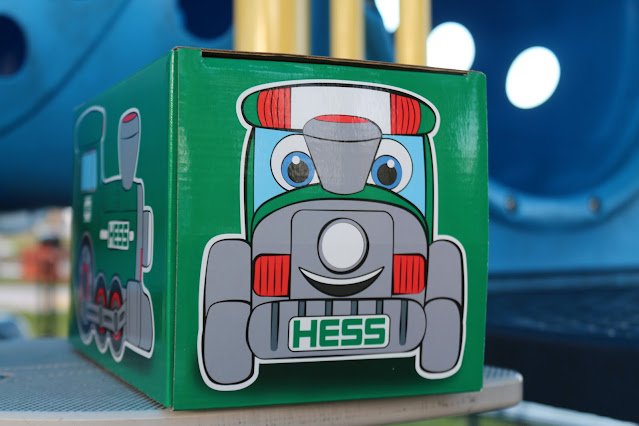 As is true with all of the toys from the Hess line, it is high quality construction, which means it will last and last through all of the play and lovies it is going to get from the littles in your family. It is also a collectible, which again, I believe all of the items from their toy lines are... I know we have collected the original Hess trucks since way back, and now we also have a set of the minis. It's nostalgic for us, and nice to look back on such a fond childhood memory, so I'm very pumped that they have the new plush line for the smaller children to collect and play with too. These are good for any age. 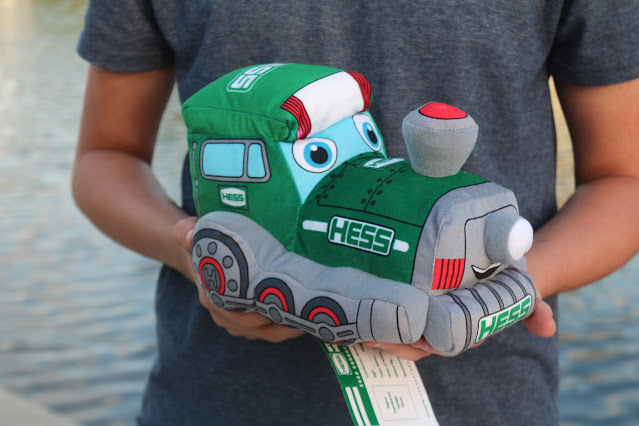 It's a little hard to tell, because it was the middle of the day and outside when we took these pictures, but you can squeeze the truck and he lights up (in the front). 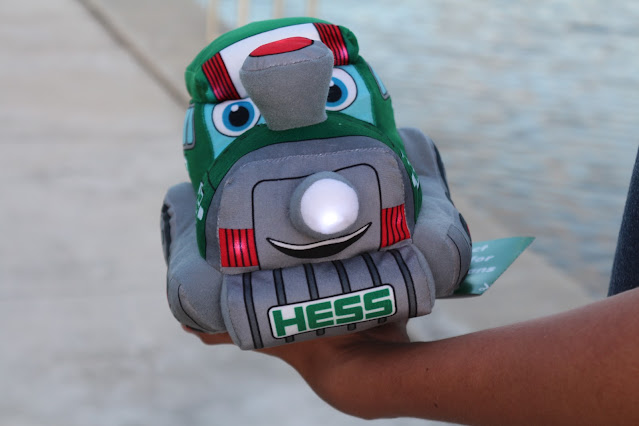 You can see the lights a little better in this one, though certainly the lights would be far more effective in low lights, or even in the dark. If my granddaughter was still young enough to be scared of the bathroom walk in the dark, this would have gone right beside her in bed so she could squeeze it for light. That's a great idea, right? It also plays two songs. “ I’ve been working on the railroad” and “She’ll Be coming around the mountain.” Appropriate choices to be sure. :) 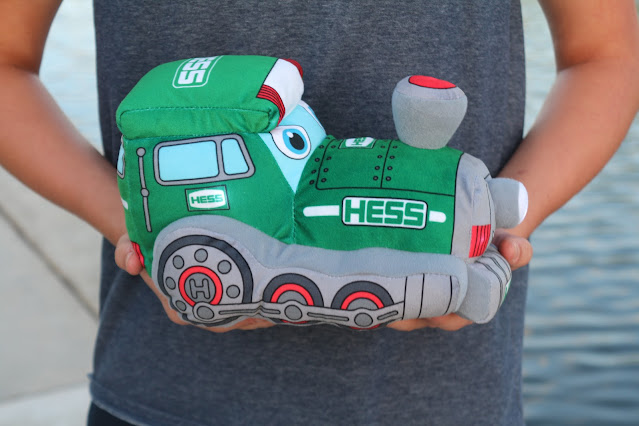 The details on it are spot on, right down to the wheels. I'm not sure how they managed to make it so authentic and still so plushly adorable and cute, but they surely did do a good job, and honestly isn't that what we expect from such an all-time favorite manufacturer like Hess? Last year’s Hess plush received several national toy industry awards including a Mom’s Choice Award, a National Parenting Product Award, and the National Parenting Center Seal of Approval. 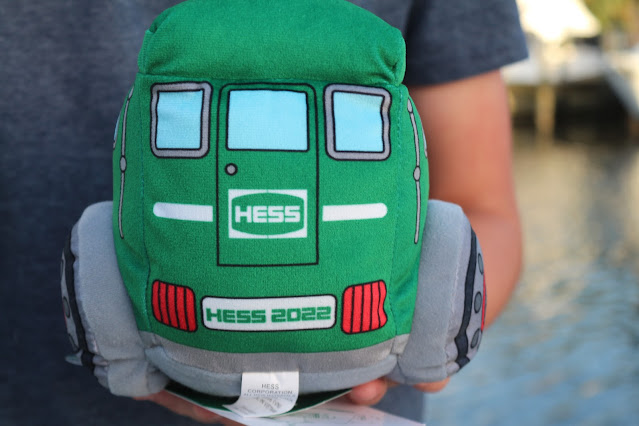 Even the back is cute, with the year printed on it and more details to replicate a real train engine. The back door is drawn on, as are two windows, taillights and other details you would expect to find. 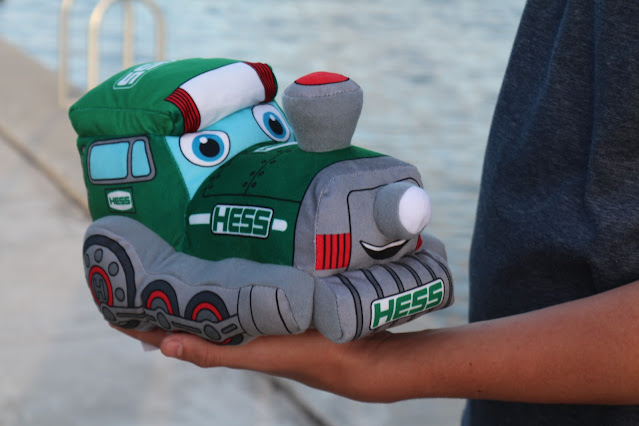 We took some pictures by the water, and I just couldn't get over how much I really enjoyed the idea of Hess having a new plush line of toys for the smaller (and big) kids to collect. I was thinking this was going to be such a wonderful addition to our collection, and many of you know, I have four grandkids, all of who are young enough to really enjoy this toy. In fact, this toy is so adorbs that I couldn't even decide which grandchild to gift it to, and had decided to just keep it at my house, so they could all play with it when they came to visit. 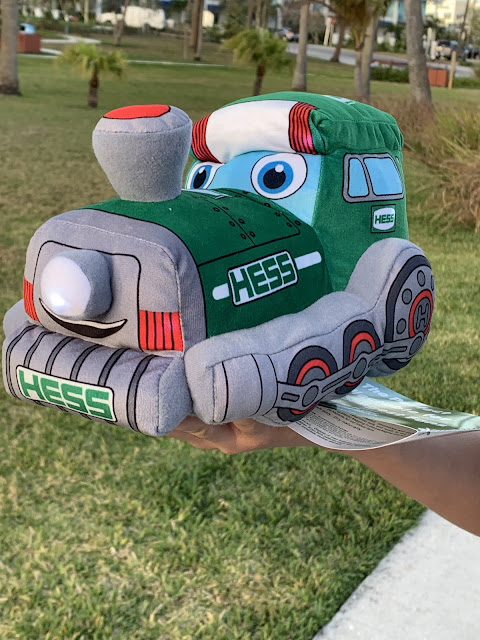 And then fate stepped in to visit. Some of you also know that I love to be generous, even if (and maybe especially if) it is something I love. There was a family playing in the park when we stepped over into the grass next to it, to get a few more photos. The youngest boy, about 3 was smitten with this toy, and I do mean smitten, but he was being very respectful not to cross over into our area. It was evident he wanted to play with the truck. I talked to mom and asked her if he could have it. The child lit up like Christmas, and I am not even exaggerating. My teen and I walked around the boardwalk, listened to the live music that was coincidentally going on, and headed back to our car, by the park. Perhaps half an hour had passed. The little boy was still clutching his toy, while trying to climb up and down the stairs to the slide. He wasn't going to miss out on any fun, but he was going to set his new toy down either. We new we'd made the right choice by gifting it to him.
These will sell out!
Order yours HERE
http://www.hesstoytruck.com
on March 07, 2022