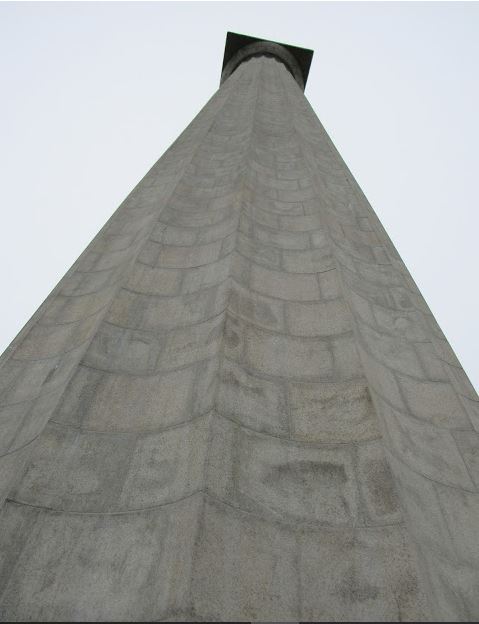 We always called it Perry's Monument when I was a kid. The proper name is Perry's Victory & International Peace Memorial. It was established to honor those who fought in the Battle of Lake Erie during the War of 1812 and to celebrate the long-lasting peace among the United States, Canada and Britain that took place after the war ended. It is named after Commodore Oliver Hazard Perry who led a fleet to victory during one of the most instrumental battles of the war.

At 352-feet, it is the world's largest Doric* column. It stands 47 feet taller than the Statue of Liberty in New York City. The upper deck platform is 12 ft. higher than the Stature of Liberty's Torch. For a nominal fee you can take an elevator ride to the top  and see a wonderful view of Lake Erie, the neighboring islands and mainland of Ohio, and even parts of Canada. The only monuments in the US that are taller are the Gateway Arch, San Jacinto Monument and Washington Monument. This memorial is located on Put-in-Bay Island in Ohio.
_____________________
* Doric: architecture characterized by a sturdy fluted column and a thick square abacus resting on a rounded molding.
Those who visit do have to climb stairs to get to the elevator.
on March 02, 2022