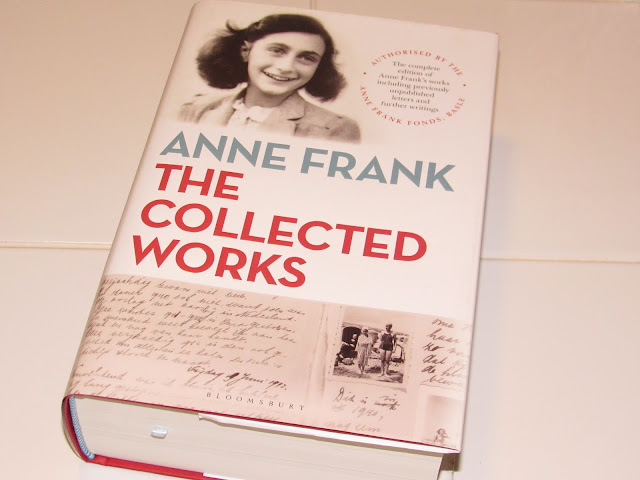 You never know what is going to become such a fundamental part of history for the world. Certainly Anne Frank could have had no idea of the impact her journal would have made as she was writing while hiding in a secret room concealed behind a bookshelf during the time when people of her heritage were unjustly being persecuted. I am currently reading Anne Frank: The Collected Works. It reminds me of her story; one that mesmerized me as a youth. It is painful to read, because we now know how awful of a time it was that she lived (beyond awful), but we must be glad that she wrote it. 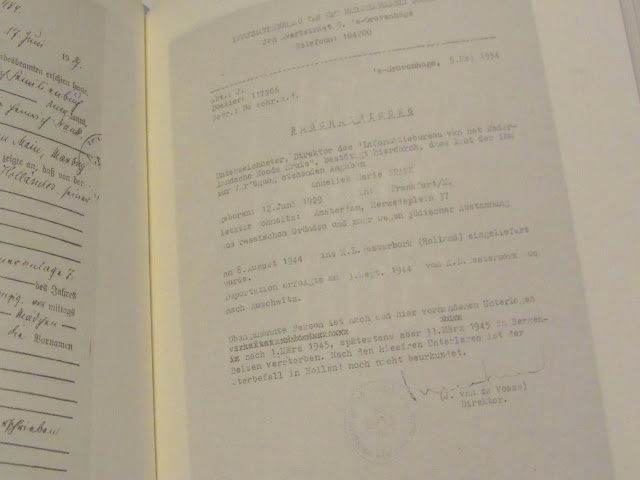 There are things that are familiar to me in the book, and things that I haven't seen or read before. Although I have always wanted to visit her home in Amsterdam, this book strengthens my resolve to someday do so. 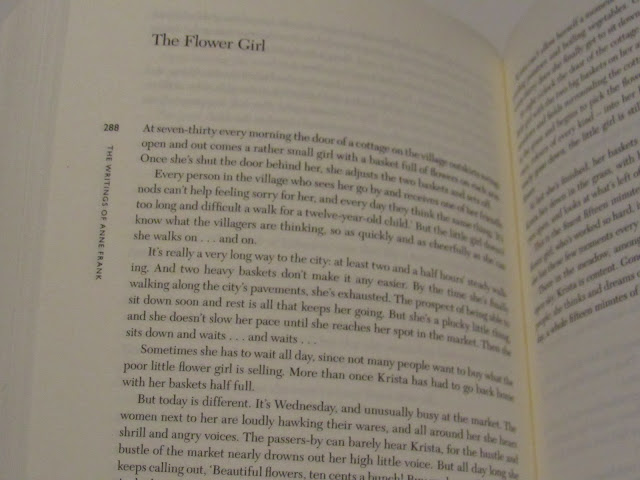 It makes me sad that many kids today don't even know who Anne Frank is... I thought it was a staple in the schools, but so many children today have never even heard of her. I remember our discussions in school about her life vividly, they made an impact, but I cannot remember what grade it was in (or even which of my teachers led the discussion).
This book is fairly large, and the days of me just being able to curl up and read to my heart's content are long gone. I am so busy (and I don't mind being busy), that it is surely going to take me awhile to get to the end, but that's okay! I always consider this kind of reading, time well spent. I intend to appreciate the time I do get to carve out and read it. 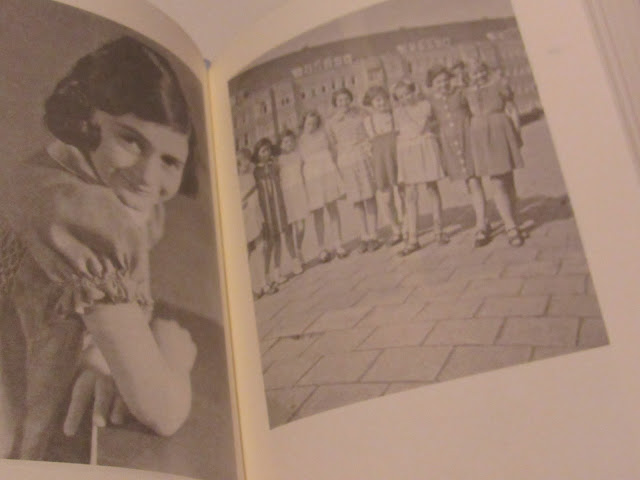 The complete, authoritative edition of Anne Frank's writings, including her diary in both the 'A' and 'B' versions now in continuous form, her further writings and important contextual essays
Anne Frank: The Collected Works brings together for the first time Anne's world-famous diary, in both the version edited for publication by her father and the more revealing original, together with her letters, essays and important contextual scholarship. Supported by the Anne Frank Foundation in Basel, Switzerland, set up by Otto Frank to be the guardian of Anne's work, this is a landmark publication marking the anniversary of 90 years since Anne's birth in 1929.
Anne Frank is one of the most recognized and widely read figures of the Second World War. Thousands of people visit the Anne Frank House on the Prinsengracht in Amsterdam each year to see the annex where Anne and her family hid from the Germans before eventually being deported to Auschwitz in 1944. Only Anne's father, Otto, survived the Holocaust.
An essential book for scholars and general readers alike, The Collected Works includes Anne Frank's complete writings, together with important images and documents that tell the wider story of her life. Also included are background essays by notable historians and scholars--including "Anne Frank's Life"; "The History of the Frank Family", "the Publication History of Anne Frank's diary"--and photographs of the Franks and the other occupants of the annex.

Non-fiction is my favorite, and this collection is well-written. I highly recommend it to those who would take an interest in such a book. It has fast become a treasured book in my home. Learn more about it by visiting Bloomsbury.com.
on February 09, 2020