I used to feel a bit like the odd man out, when I was younger. Today, I just accept that everyone has different tastes and I move on. Still, if I mention some of these things, people sometimes act like the world is on fire, "You don't like what?!?!?!" Enter the crazy, mouth-open, eyes-bulging face to accompany their statement.  Phft. There are so many things I could care less about that are very trendy and on the priority list of many. My list could get pretty huge, but for the sake of time, and just putting up a short, fun post, I'll shorten it to (5). 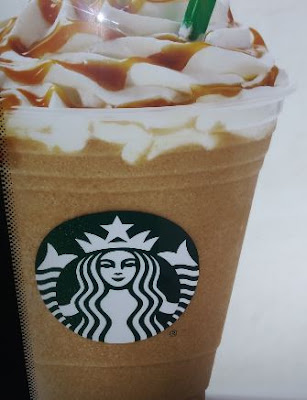 #1. Starbucks. It feels almost counter-blogger to make this claim...but I just don't like it. At all. It's not all that flavorful to me, and the flavor it does have, just isn't very pleasant.  I really cannot understand how this coffee cafe got mega-watt popular, all over the world (their massive coffee mugs with a city name on them were cool though!).

Fun Fact: I've never even been tempted to buy a tie-dye frappuccino, a unicorn, or any other limited-edition specialty drink, for that matter. *Gasp* 😉

#2. Ripped Jeans. I have been socialized enough to think that these sometimes look good on others (and believe me, that took awhile), but for the most part I hate them. That being said, I have spent money on them once (for my then-teen-daughter)...and inadvertently twice, if you consider that a gift card I gave my 2nd oldest went to purchase a pair of them, but I've never really liked them. In fact, the first thing I think of when I see them, is 'they're going to rip more in the washing machine,' which to me is a waste of money! And they're SO EXPENSIVE!! Why on Earth are we paying for an item that is going to fall apart so fast? The most surprising thing about this trend to me, is that it has lasted for so long!! I thought when it first became 'a thing' that it would come and go. That was literally years ago. It is still here!

Fun Fact: I used to intentionally cut holes in the knees of my skin-tight Levi Strauss or Jordache jeans when I was a teen (it was the trend), and my mom would have a fit!!

#3. Scary Stuff! I'm talking movies, haunted houses, Halloween decorations, even songs! Anything that is gory, or horror-related is just not my cup of tea. Halloween Horror Night is big here right now, where people head to Orlando to walk through the scary displays at Universal Studios. For me, it's the one time of year I am perfectly content to stay as far away as possible from the city of amusement parks. The scariest kind of Halloween entertainment I like (wasn't anyone else alarmed that Linus was out so late at night?!) is Peanuts (Charlie Brown).

Fun Fact: My BFF in 7th-grade (and still today) 'forced me' to watch "My Bloody Valentine" when I was a kid. I was already scared of those kinds of shows, even though I had never seen one, and watching it (with her parents in the dark room, laughing at me), sealed the deal. The only scary movie I've seen since, that I remember, is The Sixth Sense, which I thought was good. 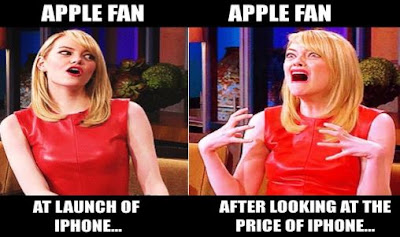 #4. iPhones (or any phone that has a huge price tag). I love that these phones take great pictures, and I do see that as a HUGE bonus, but paying over a thousand $$ for a phone that you are going to trade in for another one that costs the same amount, in a very short time, just doesn't make sense to me. In fact, paying that much money for a phone EVEN ONCE doesn't make sense to me.

Fun Fact: I have talked to at least a handful of adults who have said their expensive iPhones had a big problem that wasn't covered under their warranty (including my grown daughter who bought one that froze immediately, and was told even though it wasn't her fault, they couldn't replace it because that kind of thing wasn't covered). Those people usually suck it up and buy another one (as did my daughter). I find that astonishing! #5. Tattoos. I'm sorry, I know that a lot of people love them, but I just do not. We change our mind so many times about what is fashionable, what is beautiful, what we like or don't like...that putting something permanent on our bodies seems like such a premature decision. And the trend to put these huge ones all over our bodies, including on our necks and faces just baffles me. They seem contagious too...if you get one, even if you say you're only getting one 'and that's it,' it really isn't long before you're planning on what your 'next one will be.'

Fun Fact: 3 of my 4 children have tatts, and they love them. I think they're probably all planning their 'next one' too, or at least have ideas on their radar. 😜 To each his own, I know. My generation started with men in platform shoes, polyester pants and floral shirts, so who am I to judge? I will say though, at least that trend was a very temporary one (thank goodness).


Your turn?
Anything you don't care for,
that everyone else seems to love?
on October 05, 2019