Personalize Your Pillow for a Good Night's Sleep 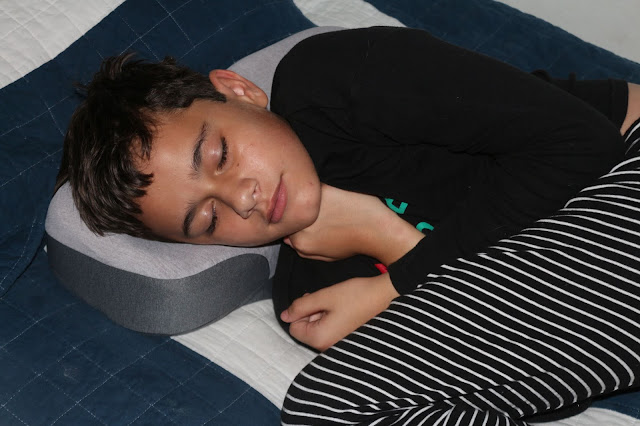 So, he's super comfortable catching some zzz's here, in no small part because he is sleeping on his new contour pillow from Dollop. I think he's all balled up like that because he fell asleep on top of his covers, instead of under them and he has a fan facing him and turned on full blast (even though the a/c is running). He does that often. Sometimes I cover him up, to no avail. He likes what he likes, and so be it. One thing he doesn't like is a pillow that doesn't feel nice to him. If it's too fluffy, too flat, not flat enough, etc., he's not a happy camper. 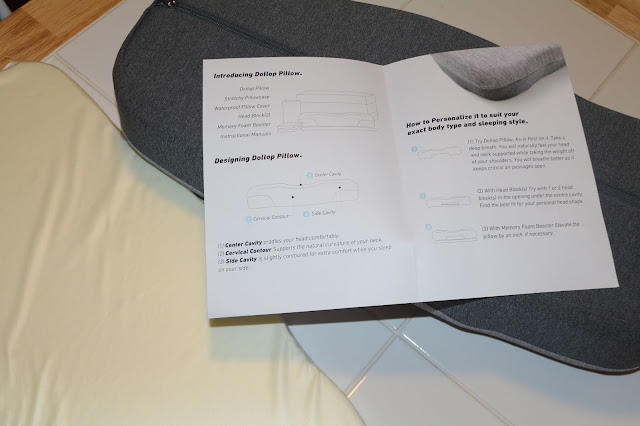 The Dollop pillow is special because it is fully customizable. In addition to the ergonomically designed center cavity and cervical contour, it also allows for a personalized design that you create using the included foam blocks and optional memory foam booster. My son, likes to sleep with the pillow as is, and he also likes to put the memory foam booster (seen on the left in the picture above) on top of his pillow if he feels restless. The cool fabric of the booster makes him happy. I on the other hand, like to zip the booster on the inside and sleep on the cover instead. Since it's optional, you don't have to use it at all. It's all a matter of preference. You can also see in the photo above that there is a lengthwise zipper on the back of the pillow to help you make these customizations with ease. 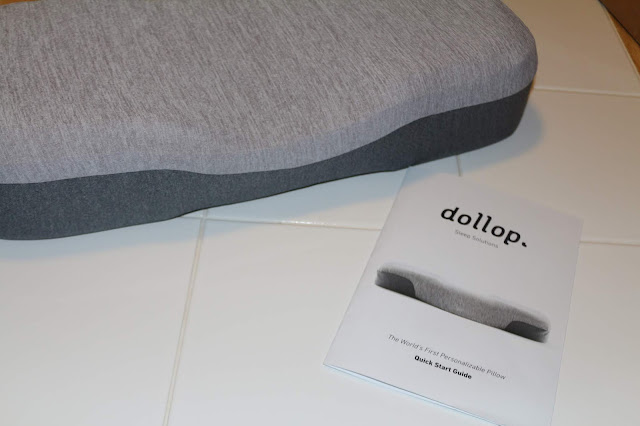 The Dollop pillow was designed and created by a chiropractor who couldn't find a pillow that he liked in stores. After trial-and-error, this one was designed, and he and hundreds of beta testers had many positive things to say about how well they were sleeping when they were using it. It takes a little bit to get the design just the way you want it, but once you do, ooh la la la, you are in for a very restful night's sleep. 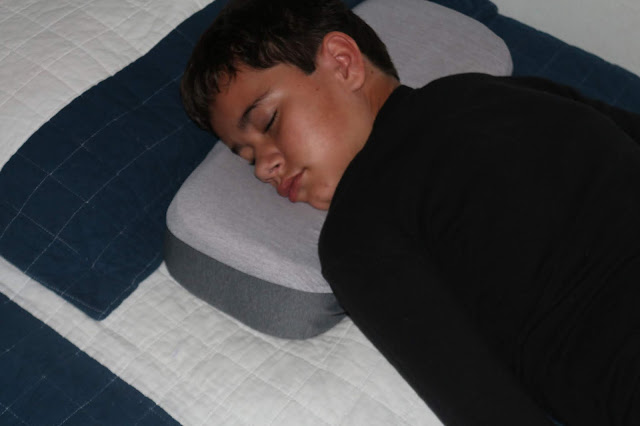 I tried to wake my little man up after I took a couple of pictures, but he just stretched out and went right back to sleep. It's the weekend, so I was going to let him. 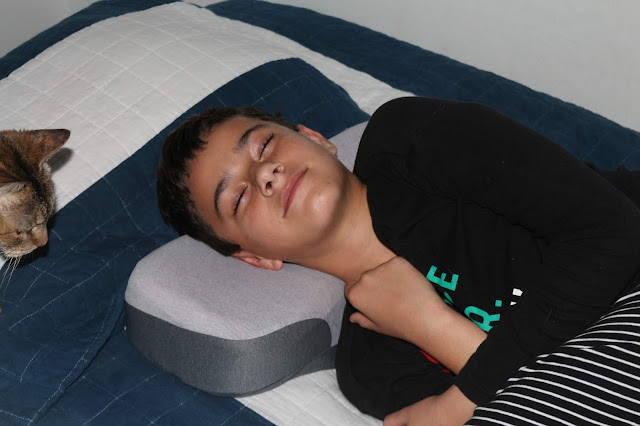 Someone else in the family had entirely different plans for him though, and even though he flipped back over on his side to try and go back to snoozeville, she wasn't having it... she knew there was hope that he was getting up and she was all over it like a bee flocking to its favorite flower. You can see he doesn't mind much. These two have a total soft spot for one another. Secretly, I was happy she was getting him up. It meant we could get the house cleaned quicker (Saturday is our cleaning morning, which I know he loves ooh so very much). ;) 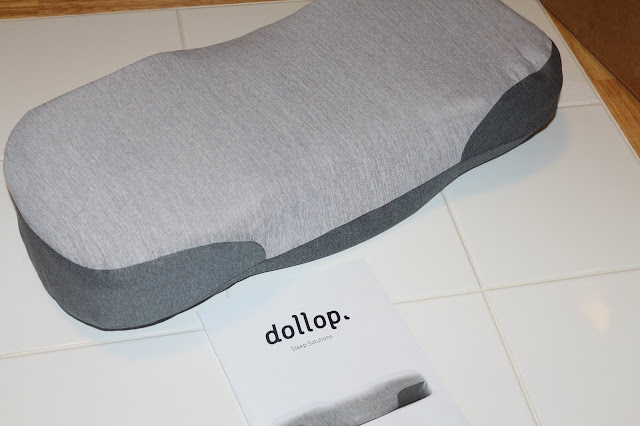 I am really liking the design and marshmallow-cooling-foam comfort of the Dollop sleep pillow, and my son certainly does too. We both took turns with it, me using it one night and him using it the next, to test out how we liked it. Once we got it customized to fit us each the way we liked (which like I said, takes a bit, but honestly doesn't take all that long, you just need to work on getting the perfect adjustment), we both had positive reports on the pillow.

I am always a fan of a good night's sleep, and I'm guessing you are too (who isn't?). This product will be launching soon!
on September 28, 2019