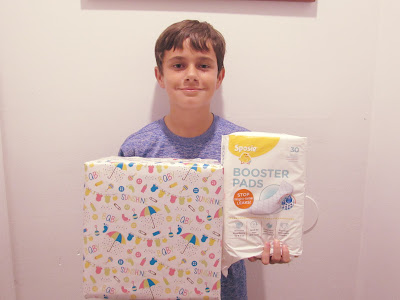 What we spent some time doing over here just before Christmas was getting a surprise baby shower ready for my daughter. I know you're supposed to do it closer to the due date (she's due later in March) but she mentioned that she wished it could be earlier, so I thought a great holiday gift idea would be to surprise her on Christmas Eve with a baby shower she had no idea was coming. 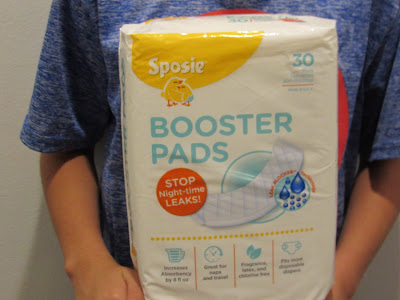 We got her a lot of items she asked for, and some she didn't including these very practical Booster Pads from Sposie. I actually hadn't heard of these prior to her baby shower, and got a bit excited about them as  I was reading the package. This will be my daughter's first child, and though she has some experience from her own younger brother and babysitting, she is pretty new to all of this. I know she'll instinctively be a good mother, but having great products on hand to make things easier for her, will make her very happy. One way to do that is by using these pads! 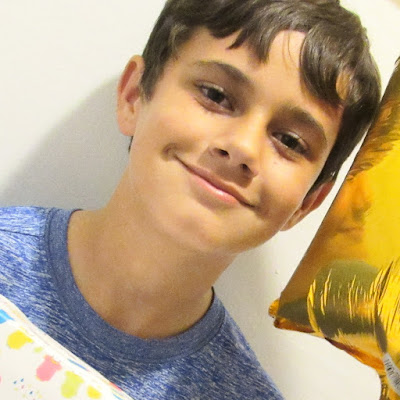 My son, her little bro, also wanted to picked up some balloons for the baby shower because hello, balloons are awesome. I only mention that because of the image you can see it in it. Probably only a mom would see it, but I think his reflection in the balloon looks a lot like his sister. That doesn't happen often, she's fair-skinned like me, and he isn't. 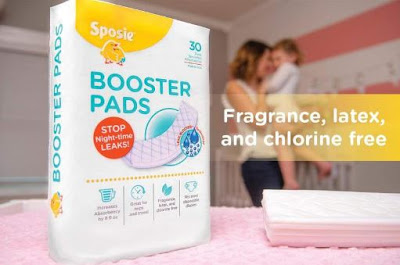 So what are Sposie Booster Pads? They are fragrance, latex and chlorine-free pads that you can insert into any diaper to make it instantly a nighttime diaper. They increase absorbing capacity and wick moisture away from skin, also making it easier for baby to avoid a rash. Of course you're going to wake up and change baby during the night, but for those times when you don't get up soon enough, or baby is older and trying to train (yes, they are for newborns through potty-training ages) they are going to be so very welcome. The best part is they are easily accessible and you can get them at retail stores like Walmart, Target and Amazon. 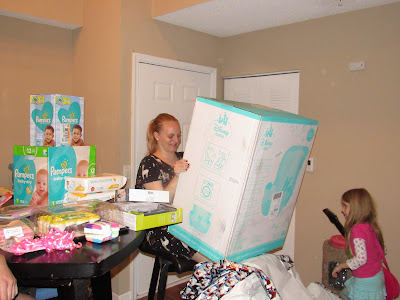 She'll have another baby shower closer to the date, where her friends come. This one was just me, her niece and her brothers. We wanted to get her some cute/fun items too, but we really wanted to cover all of the bases with her for what she will need fundamentally...a car seat, diapers, wipes, a kit to safeguard the house, and these booster pads. 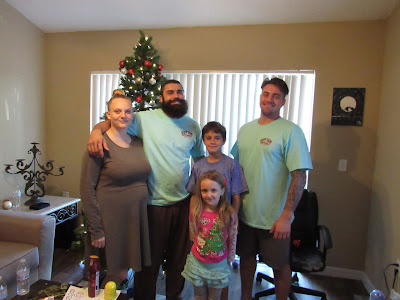 If you have a small child, know someone who does, or maybe like our family, you have a new little one on the way, I have some good news! One lucky winner will get a package of  Sposie diaper pads to call their own. US entrants only.