Light Up UCF in Orlando: Christmas Fun for the Whole Family 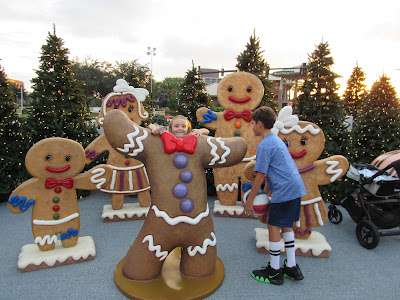 We recently took a trip to CFE Arena in Orlando, Florida (on the University of Central Florida campus) to visit their Light Up UCF event. There's my darling grandbaby, acting like she's a Gingerbread cookie. She gives me sweet smiles when I take her picture. 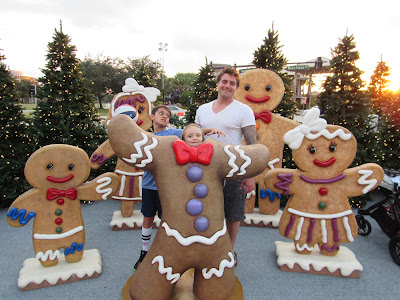 There's her daddy, giving me a sweet smile, which is rare. Usually he makes a face at my camera, like his little bro. is on the left. 👀 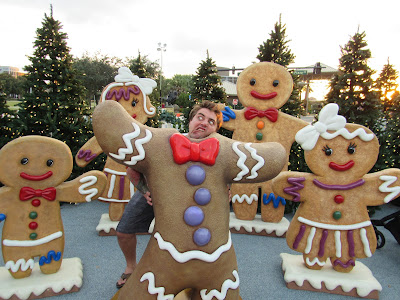 Oh wait, there we go... that's the son I know in my pictures (and love just the same). :) I thought this little area was so cute for photos. It was right next to the area where you could get a picture taken with Santa Clause. 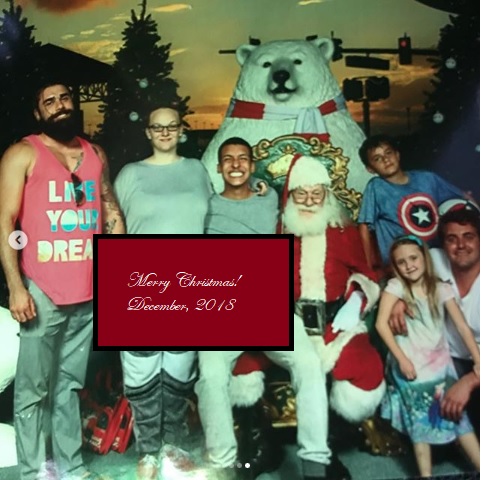 Of course, we had our picture taken with him. As the kids have gotten older, moved out and have lives of their own, it's harder to get them all together, so when we do, I usually get a pic. Put Santa in there, and even better! 😊🎅 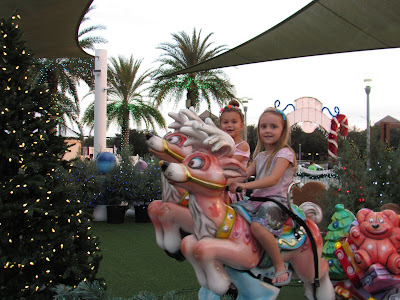 There were also a few rides for which you could buy tickets, and a stage the kids could get on and play. My granddaughter and this little girl were waiting in line together and became instant best friends. The little girl told her that she had to wait her turn in line. My baby grand walked up to her and held her hand and they were inseparable until we all parted ways, quite awhile after they met...they played together, laughed together, and even had a picture taken with Santa. We didn't buy it, we just had them to take it because the little girl jumped in when my kids were there, so the photographer zoomed in on the 2 of them to show them the picture and make them happy...which it did. We were all laughing at how easy it was for someone their age to just pick up with the kiddo next to them and become instant BFFs. My oldest spent most of his time in this area following his little one (with her new friend) around. 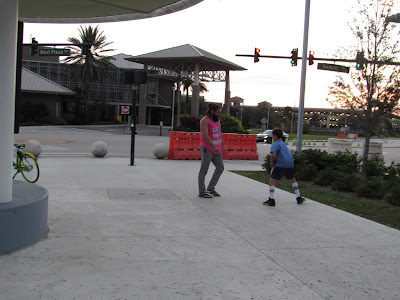 My 2nd oldest and youngest paired up to play ball for a good part of the time, 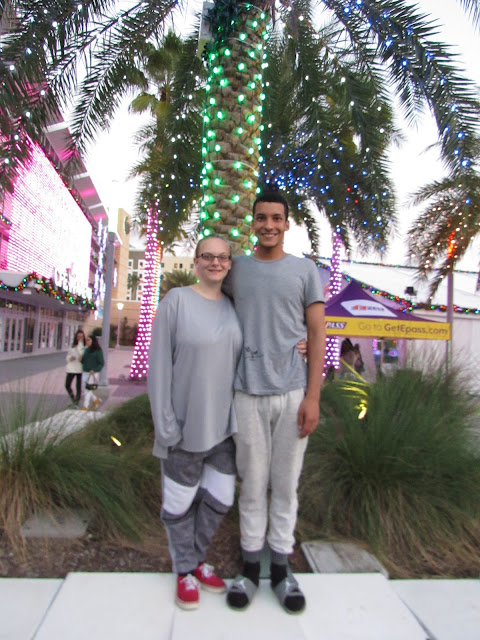 and my daughter paired off with her young man...they wear each other's clothes (if you follow my Insta you know this already ;) ) and they're having a baby (if you come here often, you know that too). ;) Juan has a signature on his shirt because we'd also just taken in a Harlem Globetrotters show that was playing inside of the arena, and he wanted to get an autograph from Hi-Lite, a player he's liked for awhile. 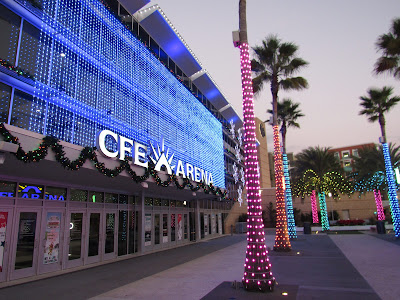 In this area there are also several restaurants where you can eat. We went in to have dinner at one of them, and it was almost dark when we came out.That was significant because at night, they're lighting everything up! The lights on the building change colors and the palm trees are either lit up on their trunks, their fronds or both. 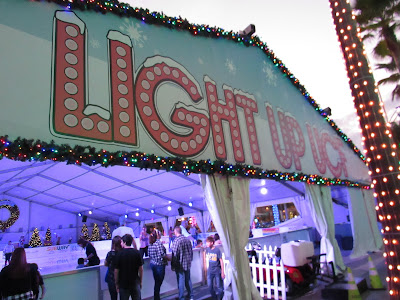 There is a skating rink there too, which I found mildly amusing since we are in the middle of 'let's-wear-our-shorts-even-though-it's smack-dab-in-the-middle-of-cold-weather-in-most-places' weather. Quite a few people were enjoying it though, and I suspect my youngest would have loved it if everyone hadn't been along (not everyone wanted to ice skate that day). Thinking about it though, it's pretty amazing that we can run an ice rink in temperatures where ice shouldn't even be able to form. Just to note it, the rink had a live DJ. 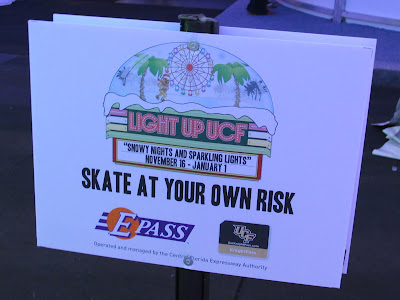 Parking was free in the garage right across from the event, and even though there were quite a few people attending, there were still a lot of parking spaces available. 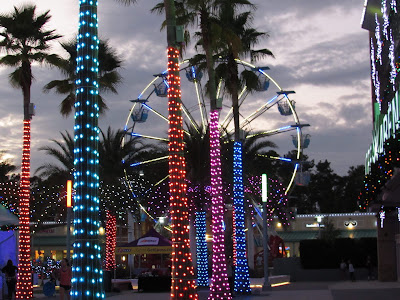 In this picture you can see the Ferris Wheel that was there, and just to the right of it was a swinging boat ride. We were more about just hanging out and watching the grand enjoy herself, so we didn't ride either, though I'm sure we'd have loved them both if we had decided to do so. 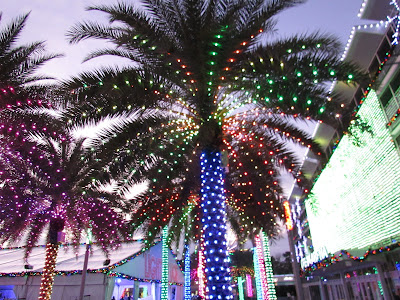 If we had stayed a little bit longer, the lights would have twinkled and changd in sync to Christmas songs playing and snowfall coming down. We had a long drive home, so we didn't stay for it, but it was still a really fun way to spend some quality family time together, and I was so glad we took the trip. 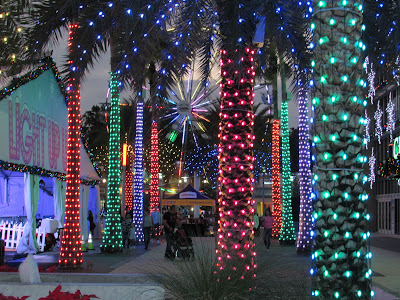