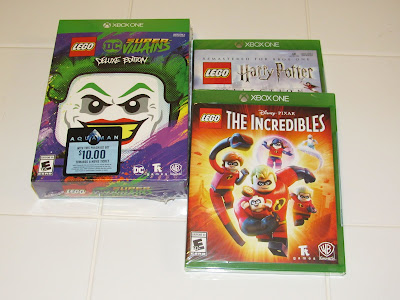 We've got games! My son has been asking for an XBox One for a couple of years now. I have been hesitant because I don't really like him to be online live (he's only 11). However, after a conversation we had with his friends over, that I had nothing to do with and didn't orchestrate, I found out that most of his friends do not go online, or even have the option to do so in their home (their parents didn't pay for/hook up the 'live' option), so I am thrilled to say we now have it sitting under our Christmas Tree, all wrapped up with a child who has no clue he's going to get it for the holiday. And if you have a console, you have to have games!! 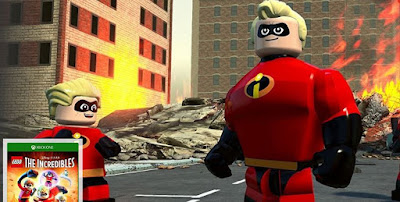 My son is at the age where I still prefer that he's playing rated E games (games for everyone) though he does have older siblings who have introduced him to 'the dark side' as I like to call it with games that are too advanced for him (ugh! I just don't think he needs those images in his mind). For the most part though, he's perfectly content to play games intended for everyone, including children, and with so many great choices for sale in this category, it's easy to see why! The Incredibles is wrapped up for him and under the Christmas Tree this year. 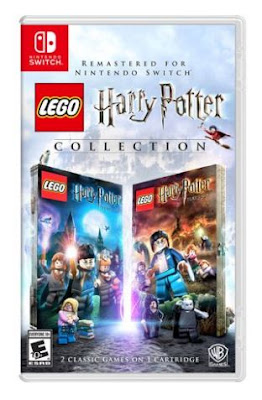 We are Harry Potter fans in this house too. My oldest son, who is now 30-years-old, loved the books when he was  a kid, and my youngest, who is 11 likes them too. Imagine his surprise when he wakes up Christmas morning and finds this game sitting under our Christmas Tree, with his name on the package. Again, it is rated E for everyone. 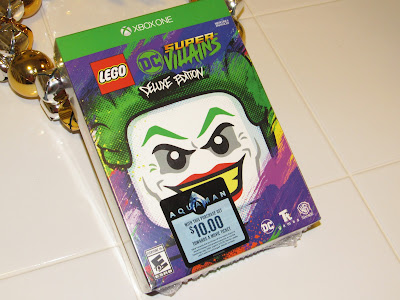 The two games discussed before this one are going to be hits, I already know, but it is my prediction that the LEGO DC Super Villains Deluxe Edition is going to be my son's favorite by far. Who can resist being the Joker, Lex Luthor or Harley Quinn (to name a few) in a video game? I'll probably play this one and be Harley Quinn or The Joker myself. No one likes a bad guy, but it's going to be fun to play one just the same. See, I'm not a party pooper, I appreciate a good villain. I appreciate one even more if it's in a LEGO version that's just perfect for kids. ;) If you like this particular game and would be interested in the XBOX One version, keep reading because there's a giveaway!

LEGO DC Super-Villains
Become the best villain the universe has seen in this all-new LEGO adventure! For the first time, a LEGO game is giving players the ability to play as a super-villain throughout the game, unleashing mischievous antics and wreaking havoc in an action-packed, hilarious story written in collaboration with DC Comics. Joined by renowned DC Super-Villains: The Joker, Harley Quinn, Lex Luthor, Deathstroke, Killer Frost, Sinestro, and countless others from the Legion of Doom, players will set out on an epic adventure to ensure their villainy remains unrivaled.
Platforms:
Nintendo Switch, PlayStation 4, Xbox One, PC ESRB
Rating: E10+

Here's the Giveaway!
One lucky winner gets a LEGO DC Super Villains for XBOX ONE (only).
US entrants only. Good luck to all who enter!