Last weekend for my birthday, we headed up to Orlando to do some ziplining and then to take in a show. Because it was a special day, it couldn't be just any show! We went to one of the best shows around, La Nouba Cirque Du Soleil at Disney Springs (formerly Downtown Disney). Parking was free (what??) and the show was ah-mahh-zing!

Walking up to the building, we saw this big building that was made to look like a tent. All of us started to get excited then. We walked upstairs to awesome seats right in the middle of the room. Truly the whole show was right in front of us, and we could see everything. With a show like La Nouba, there is a lot going on, so you want to be front and center.

I've seen two Cirque du Soleil shows before, and I enjoyed them both very much. This one though, was my absolute favorite!

As soon as we got inside the action started with these two clowns (literally), who were up in the aisles doing an interactive skit with the audience. Everyone in our party was laughing hysterically before the show even began, AND we were glad we weren't the bald man that kept being a target for these two, lol. Pablo & Pablo (that's the clowns) were interwoven all throughout the main show too. In fact, one of the funniest parts of the show (unanimously agreed on by all who were in our group) was done by this cute duo.

La Nouba was more than just comedy though. It was so much more than a few good laughs. The captivating acrobatics that seemed impossible, the romantic 'hot guy' (this fella was ripped and when the credits rolled I think the thundering applause was for more than just his amazing Aerial Bamboo performance) and more.

"Hot Guy's" work (that wasn't his name, I gave that name to him here) was amazing though, along with everyone else who did the act with him, and it truly transported you to another time.

My youngest loved the trick bikes. These were fun and of course, inspired my little one to come home and try to learn new tricks of his own. My son's at that age where he's been trying to learn bike tricks for awhile, so when the bicycles came out, he was mesmerized.

The B-Boys breakdancing kept his attention too. You couldn't have swayed his gaze even with ice cream (that just means he wasn't looking away ;) ).

The music for the show was live. You could see the singer and the musicians in the boxes on the side. It took me awhile to realize this though...her voice was so incredible that I just thought it was a recording!!  I'm telling you, this young lady could sing!

Everything about the show was just incredible. We loved every aspect of it, and truly it was a show you could see several times and still not take everything in.

Everyone had a favorite act, though we all thought every single thing was beyond an A+ performance. It was hard for me to choose which act I really enjoyed most, because like I said, everyone was astounding, but if I had to choose, I'd say the trampolines at the end. They made it look absolutely effortless and I found myself wishing that part of the show wouldn't end.

I know I'm leaving out a good amount of what we loved, and who did what, but I don't want to be the cause of any spoiler alerts for this one. If you like live shows, this is one you must go see! 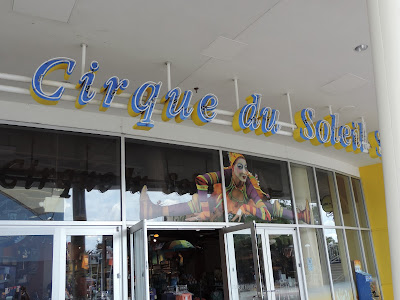 After the show we headed to the gift shop. 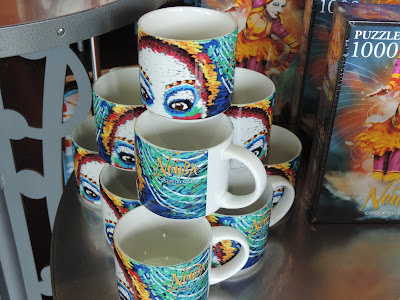 That in itself was an event. Everything was so colorful and cheerful, and definitely unique. There were framed works of art, masks (or is it masques when you're using this context?) and recorded live shows on the flat screens. 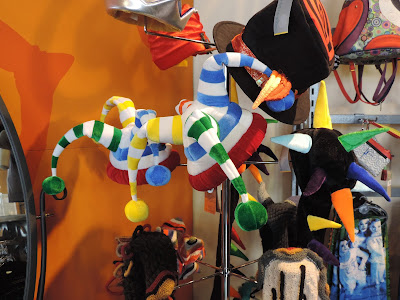 There were all kinds of goodies to try on too, including these cool hats. 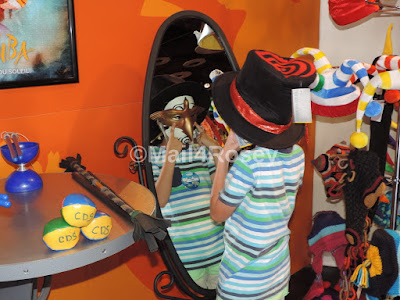 Here you see my son trying on a combination of two masks and a hat. Shopping for souvenirs was a great way to end the night.

It was a wonderful show and an absolutely perfect way to celebrate another birthday. :) 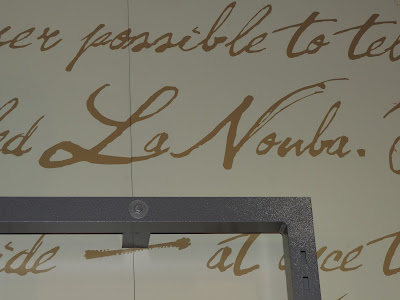 I simply cannot recommend this show high enough. With summer vacation now in full swing, be sure to take in the La Nouba Cirque du Soleil if you are going to be in the Orlando area. It's a wonderful performance for people of all ages!

There is a sale going on all through the summer: Children's tickets (ages 3-9) are just $24 for performances taking place Tuesday - Saturday, now through September 3, 2016.