Much Ado About Fresh Air, Food and Toys R Us ;) 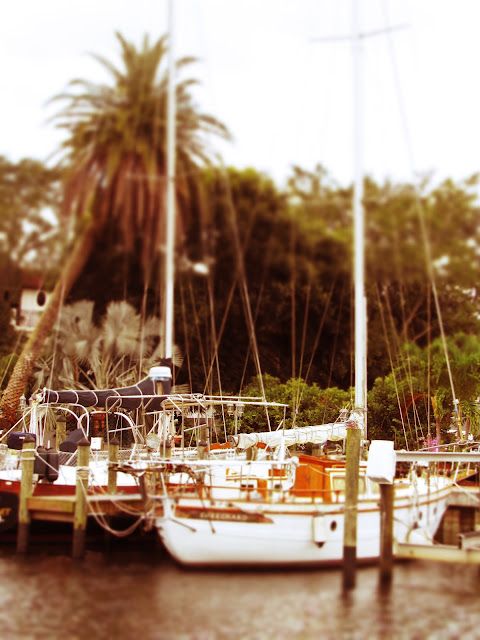 Today was the last of a three-day weekend, technically four for me, but that's another story for another day, and after almost two straight weeks of rain, we were ready to venture into the great outdoors for some fresh air. We went to a friend of mine's house for a bit, and then we headed out to the waterfront that is fairly close to her house. It was amazing to be out, it's been far too long. 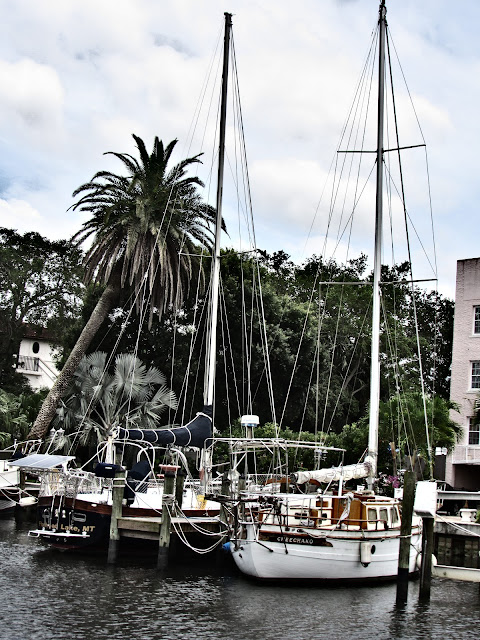 I brought my new camera along so I could play with the settings. This picture above is the same as the first one. I can't decide which one I like better, but I do like them both. Neither of them has authenticity when it comes to coloring though, which is fine, considering I was just playing with photo options. I do like my pictures to show what I'm actually seeing though, so the fact that some of the pictures get changed if it's not on 'auto' is going to take some getting used to for me. 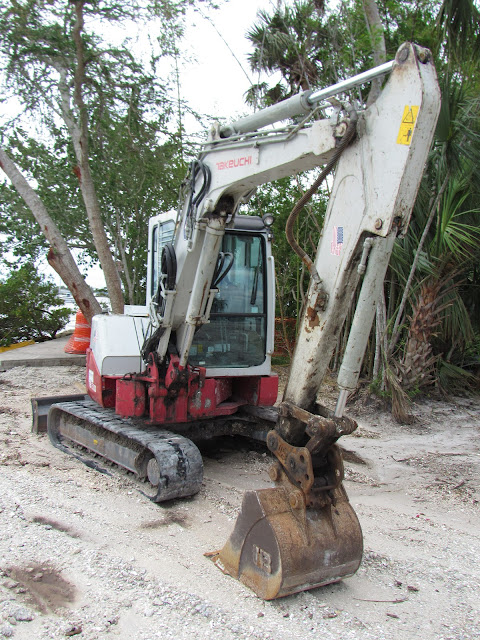 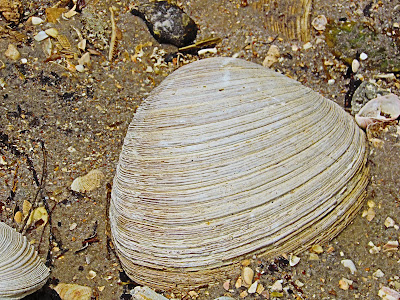 The sidewalk repair was good for shell hunters (shells were everywhere!). The heavy machinery had broken apart some of the more beautiful shells though, which was kind of a shame. I did see some shells bigger than I'd seen in most places, so that was pretty nice. 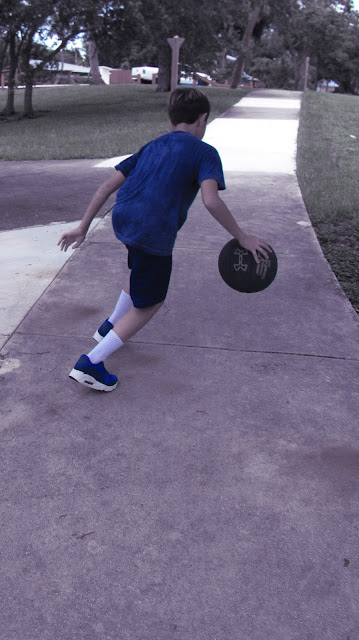 This guy here...always with the basketball. He did put it down a couple of times. Once to swing, which he did for quite a long while. 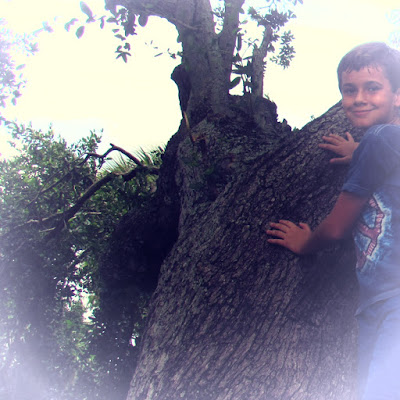 And then to climb one of the many fabulous trees in the park. 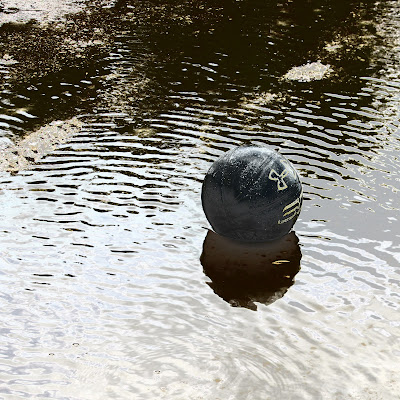 He did not, however, put his b-ball down while we were walking the strip along the ocean. I told him it was going to land in the water, because that's just too much tempting of the inevitable (a ball next to the water). It did end up in the water, but fortunately for him, it was on the side that was flooded grass from the rains. This did require us getting a big stick to move it along so we could reach it, and a trip to the bathroom to wash it with soap and water, because...icky, muddy, standing water eww.


Once the ball was washed we headed out to the other side of the park, where there were intact piers and sidewalks to explore. This little guy did a sideways trot across our path. I stopped to take his picture, and he stopped too. Maybe he was scared, but it was funny just the same. It looked like we were having a standoff of sorts. This is the smallest crab I've ever seen at this particular park. They're usually much bigger! It looked almost like a spider! 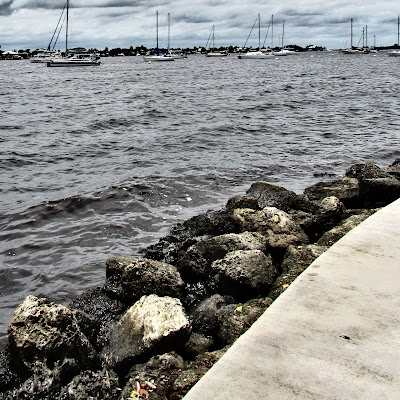 There was a lot of wildlife out and about, on the land and in the water. I guess they were happy the rains had stopped for a bit too. 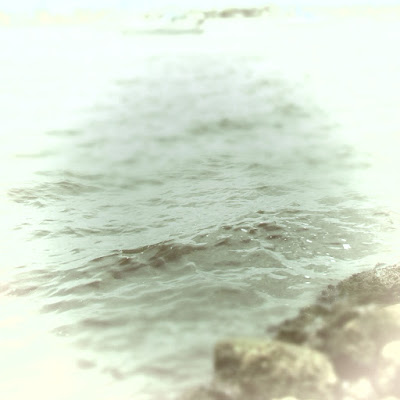 This was something huge that surfaced for just a moment, but not long enough for us to see what it was exactly. It never gets old when something like that happens, and of course we stand there staring for way too long, hoping it will surface again so we can identify it. :) 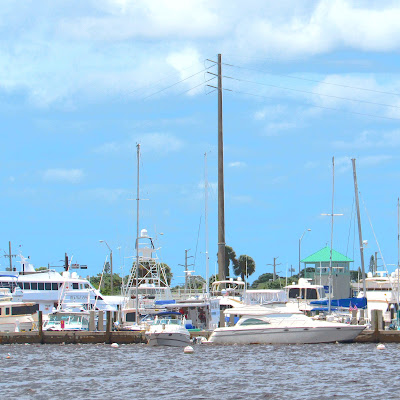 It really was a gorgeous day to be out. The heat was manageable (nice breeze blowing), and like I said, after being cooped up for so long, we really appreciated being able to explore again in the great outdoors. Heck, I just enjoyed being able to breathe natural air! 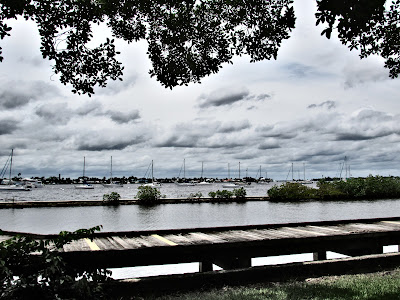 The play park was filled with littles, and parents were holding hands like teenagers walking along the waterways together while their kids played. I like this particular park because there are so many different areas to walk around. As many people as there were out, some of the walkways were still vacant! 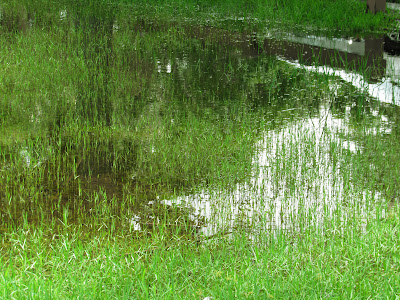 The weather channel says it's going to rain some more tomorrow. We have huge standing puddles in the grass in a lot of areas, and flooding still on some of the main roads, so I hope that isn't true. Yes, for once I'm hoping the weather man is wrong. 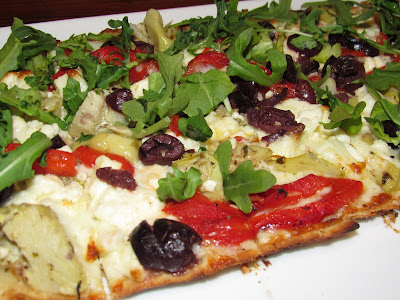 A day outside in the fresh air always makes you hungry. We stopped off on the way back and ordered flat bread. We ate half and packed up the other half for me to take to work tomorrow, and then we ordered a piece of dessert to share (the look on my son's face when I ordered was worth every calorie). :) 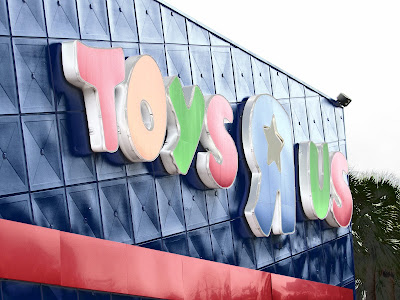 When we left, we happened across a Toys R Us. Just for kicks and grins we stopped to see if they were still open (they announced they were going out of business quite awhile ago it seems!). 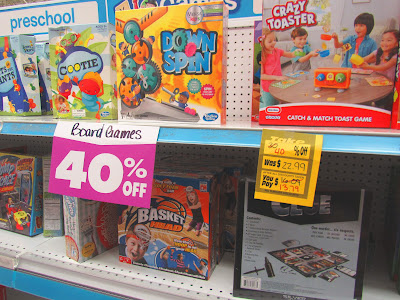 Sure enough, they were open! We're saving for a huge goal right now, so shopping like we wanted wasn't really on the agenda, but we did take our time going through the board games just in case they had an awesome Chess set (something we've both been wanting for awhile). No such luck, but that was okay. 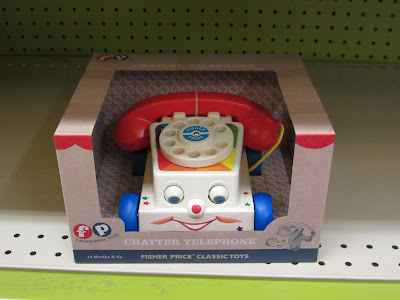 Then since we were in no hurry at all, we moseyed on around the whole entire store to see what was left on the shelves. One Chatter Phone was left and I laughed. Each of my (4) kids had one of these. I wonder if future generations will get them. Kids don't even know what these kinds of phones are nowadays. If it weren't for Toy Story, this would just be a novel idea of the past, eh? :)

There were two other items in the store I wanted to buy, perhaps three... one was a HUGE building set for outside (like JENGA), the other was a poker set for my oldest son, and last was a Darth Vader Simon game (they have virtual reality Simon too!). I'm waiting for the prices to go down more on those things though. If we miss out on them, that's okay. If we get them at a later date for a great price, hurrah!

All in all, it was a relaxing, wonderful day. Something we were overdue for in our busy schedules. We may not have another free day like this one for awhile, but that's alright. This one will hold us over...until next time. :)
on May 29, 2018