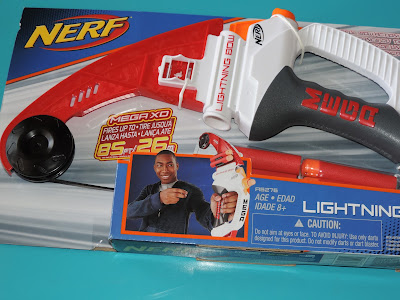 My son had an awesome birthday party. The place...the people, and the gifts all made for a very special day. It was just exactly everythng a mom could hope for, while watching her son turn 9.  And while he did appreciate all of his gifts, there was one that def. stood out as a favorite: His Nerf N Strike Elite Mega Lignting Bow.

This is the bow that he returns to time and again when he's playing with his friends... 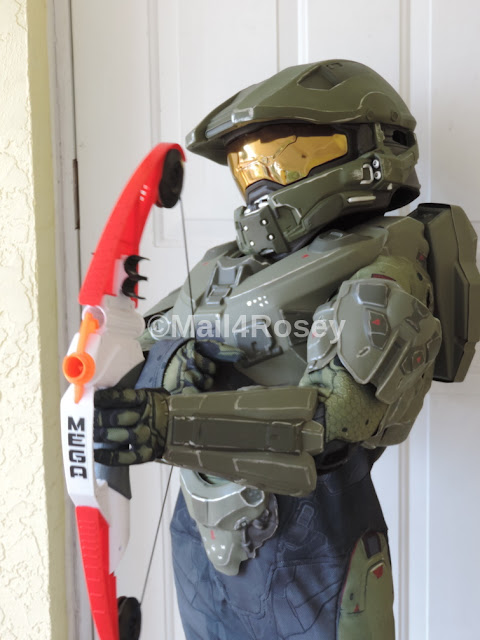 or running around playing by himself (these days that's happening in his Halloween costume that I have to peel off of him every single day!).

The bow is a ton of fun, which is no surprise since it's NERF (everything NERF is fun). I have pictures of his brothers playing with this too (his much older brothers, I might add) but they're all in motion, so mostly you just see smiles and blurs. Priced at just under $20, this is a great gift idea or an excellent toy to buy, just because... it's also a good thing to have on your Christmas radar (just saying). ;) :)


Unleash Mega power with a lightning strike of Mega Whistler darts! This dart-firing bow from Nerf features powerful bow action. Load a Mega Whistler dart into the front of the bow, pull the string back, and release the string to send the dart screaming through air up to 85 feet (26 meters). Store as many as 4 Mega darts on the blaster to reload rapidly during battle.

•Includes blaster, dart holders (2), 4 Mega darts, and instructions.
•Powerful bow action
•Fires Mega darts up to 85 feet (26 meters)
•Comes with 4 Mega Whistler darts
•Store darts on the 2 dart holders
•Built-in targeting sight
•Ages 8 and up
•CAUTION: Do not aim at eyes or face. TO AVOID INJURY: Use only darts designed for this product. Do not modify darts or dart blaster.

You can buy this in stores everywhere, or you can pick one up on the Hasbro Toy Shop. Like I always say, it's fun to #PlayLikeHasbro!
on October 14, 2016