JUMP AROUND: The Perfect Birthday Package to Book at Sky Zone!

Disclosure: This is a sponsored post, working in conjunction with Sky Zone Indoor Trampoline Park and US Family Guide. All opinions stated are genuine and my own. 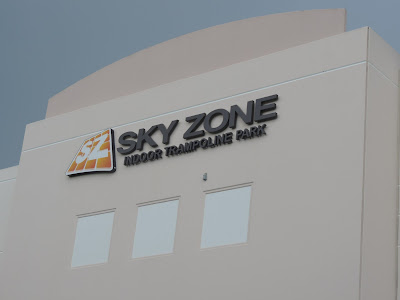 Evidently there are Sky Zone Trampoline Parks all over the world, but I didn't know that until recently when I was looking for a place to book a birthday party for my son. 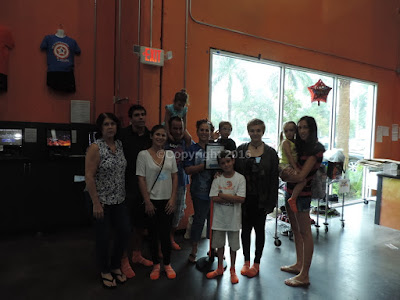 The park we went to is located in Pompano Beach, Florida and it was awesome!! My oldest son was not able to make it (he's coming over to celebrate later), but the rest of the crew did, and even some of the adults got in on the jumping action. Everyone wearing orange socks in the photo above...was jumping. :) 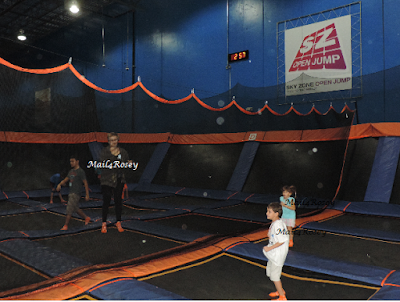 Inside the park there were zones sectioned by big nets for age groups. On the left of the big net you can see my daughter in the air. She's looking at my youngest son and my niece while they jump (in the area for younger children). I love that you could see your siblings, parents or whomever... and still be jumping in a safe zone if you were young. There was an attendant at every station to ensure only one person per trampoline. 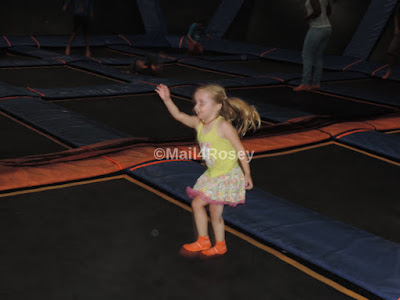 My granddaughter went to town!! She was a mega jumper in no time at all! Just look at her go! 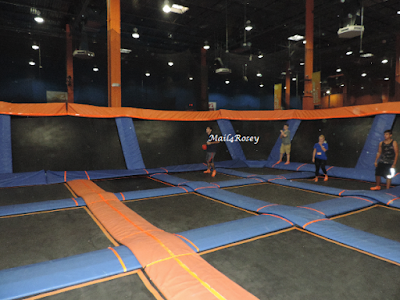 There were two monitored areas to play Dodge Ball. Only so many people were allowed in. That's my 2nd oldest son on the far left, he got in on a game. Then he took his little bro to the kiddo's section so he could play a game of Dodge Ball over there too. 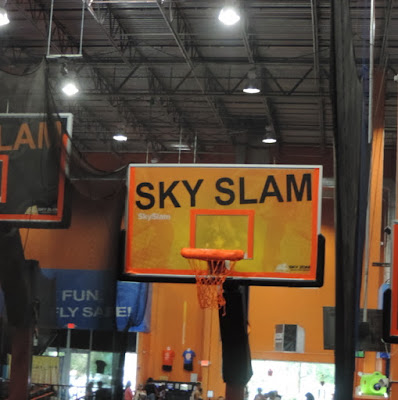 All throughout Sky Zone you could find fun trampoline things to do. A trio of basketball hoops was set up, and my son and his girl took a try at those. 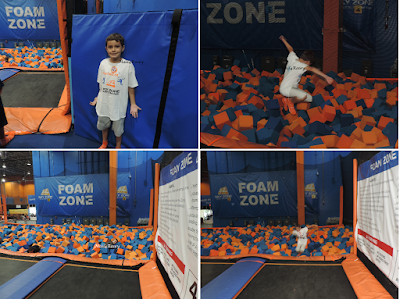 The big kids (and one of the young adults) jumped into the Foam Zone. The picture on the botom left is my teen, I think she loved these as much as the little guy did. She got the two action shots of he little bro going in. 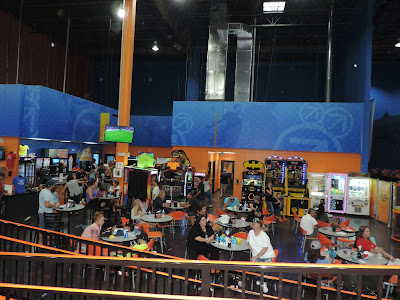 There was a public area for sitting, a few games, a hurricane machine, water fountains, restrooms and a Sky Cafe. 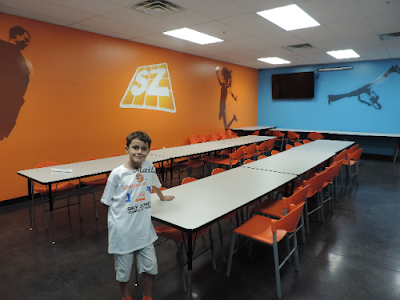 There were are also several rooms if you booked a party...which we did. The rooms held a good number of people easily, and still left room for presents, games, cake, etc. You were assigned an attendant the whole time too, who helped you with anything you might need. 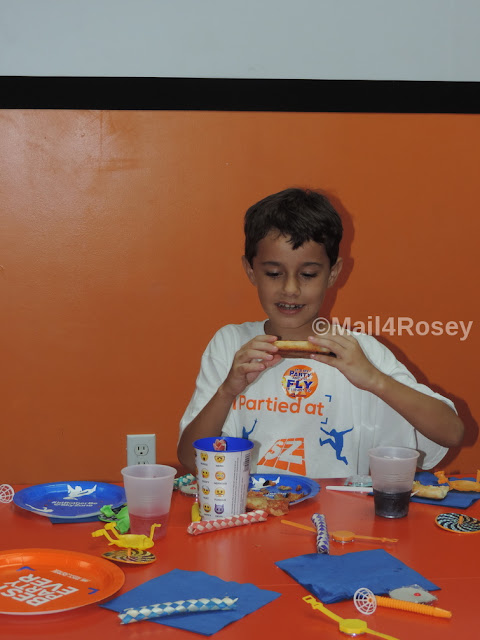 I booked the Jump Around Birthday Package. It included the following: 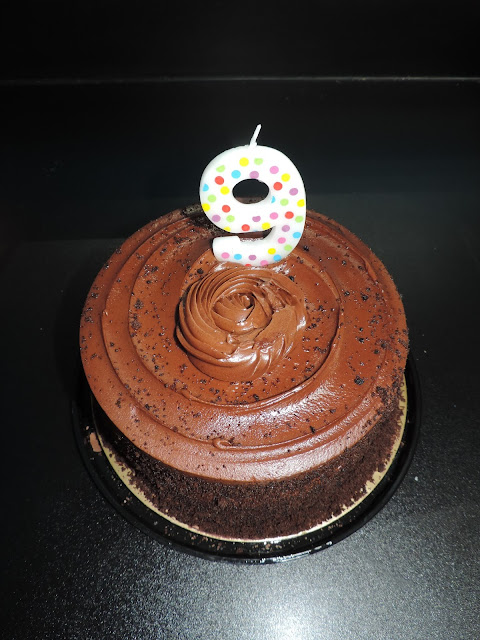 After we ate, we took out the cake for the guest of honor, and then the party began!! 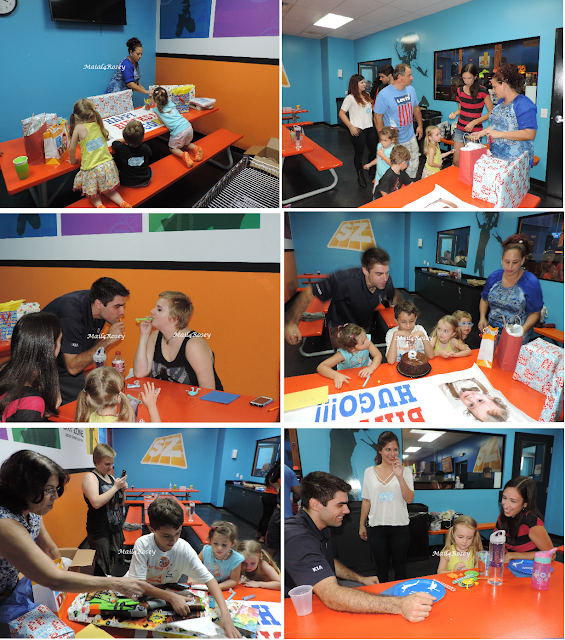 The room was just the right size for us, a party of 12. In fact, it was more than big enough. On the far right of the room you can see there was a counter too. This is where the food was put up, to be served buffet style or by the host (who did an amazing job, by the way!). All you really have to do when you book a Sky Zone party...is show up. They literally take care of everything else.

We had a great time, and I definitely recommend them if you're booking a birthday party, or any other special event for kids...or even adults. Trampoline jumping is a fun way to socialize AND burn calories. One hour of jumping on the trampolines burns 1,000 calories. Just saying!. :)