A lot of you know we lived in south Florida for a very long time. No matter, every single year without fail, we have made our way to Ohio to visit friends, family and the amusement park. My kids love Disney World, but they love Cedar Point too, and if you ask them their favorite amusement park they always say Cedar Point, hands down. My kids are all thrill-seekers (the second oldest joined the craze a few years back), and no one beats Cedar Point for roller coaster thrills. 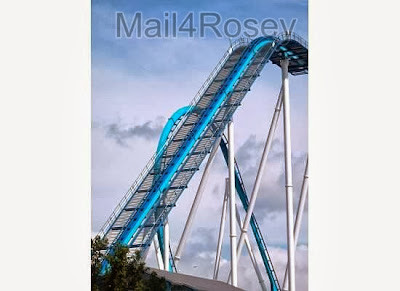 Cedar Point has roller coasters galore (we're talking 15 or 16 of them), many of which win awards. This year the big draw for my daughter and I was The Gatekeeper, the new one they have, that is also the tallest, fastest and longest wing roller coaster in the world. 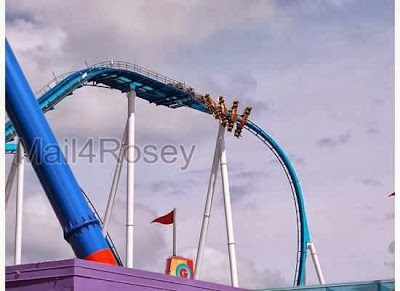 You can see in the picture above why it is called a wing coaster. I have to say, neither me nor my daughter were overly thrilled with this one though. It was a nice, calm, and very smooth ride. It was fun that it was new and that it went through two gate-like structures over the entrance of the park, but it didn't really do it for us. That is probably true because we are spoiled by the really fast, really big coasters, like my favorite below. 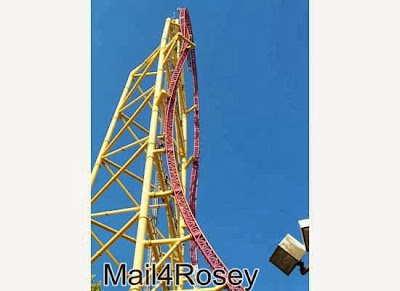 To me, THIS is a rollercoaster. Oh my gosh, this thing is fun! Top Thrill Dragster goes 0-120 mph in less than four seconds and it takes you 420 feet into the air. 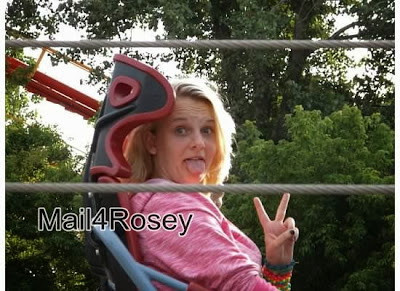 I've ridden this many times before, but I didn't ride this year. Baby girl went solo (she wasn't missing out on it no matter what, that's my girl). :) 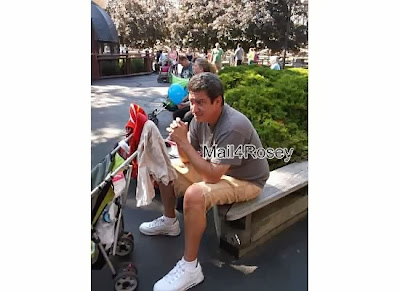 I wanted to go too, but hubby doesn't do these big coasters, and I felt bad because he'd already waited quite awhile for us while we were in line for the new coaster.  Notice the clothes hanging on the stroller above? They're drying out because while hubby was waiting earlier on me and little woman, he let the little guy run through the water, hahahaha. 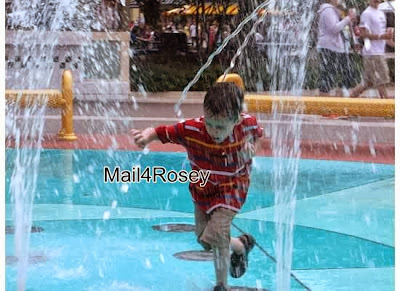 That was f.u.n. for little man, but it was chilly on and off all day so we had to change him, and quick. My son will tell you in a heartbeat that he loves his mama (I get the sweet lovin's) but he'll also tell you just as fast that his dad is more fun. Things like this prove he is right, he had a blast, but no way I'd have let him do it, it was too cold for water. 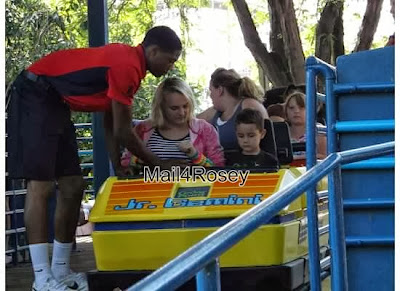 We always have a great time at the park. This year was different for us though because we were missing a kid! My second oldest grew up and moved to another state, so he wasn't here to just run off with his sister all day. It's more fun for her, by far when he's there. When my oldest and his wife come, that's even better because the four of them run off all day together. When it's just us old folks and her little brother, she's stuck with a lot of the littler rides, like the one above, hahaha.  She's a trooper though, and never complained once. In fact, she laughed a lot of the time, but next year we're going to have to get one or both of her brothers home for the trip. 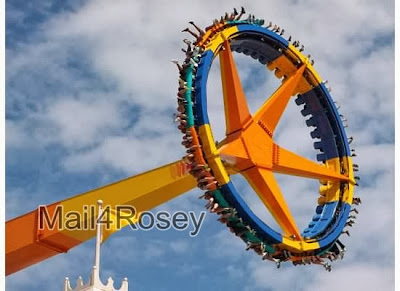 I did get to ride this with my daughter this year, and it was fun. It was also kind of peaceful. You float out of your seat a little at the highest points, and you can see the water (Lake Erie) while you're up there, so it's nice. 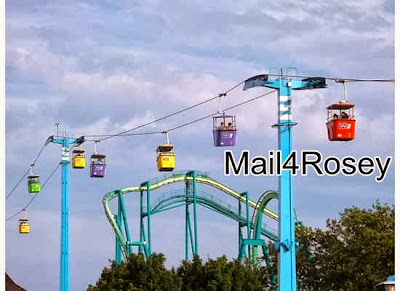 Cedar Point has three huge areas for children (and one smaller one), and my youngest loves them all. There are so many rides, many of which I rode as a child, and just as many, or more that are new. There's also a big Snoopy bounce house, and shows put on by Charlie Brown & the gang at various times throughout the day.  My son loved everything, but this year his big thing was the sky ride pictured above. 5 times he wanted to go across it, lol, and 5 times he did. :) 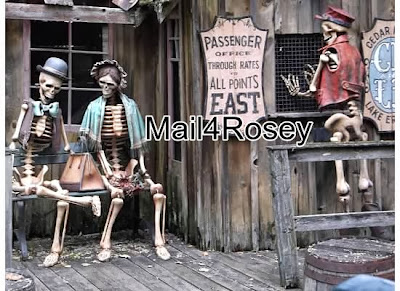 Little man also loves the train ride because it takes you around the park. You can stop in Frontier Town if you want and get off, where there are a lot more rides, and things to do, or you can go all the way around like we like to do because you come across scenes like the one above. They've got these characters doing things like actually playing banjo music, putting out burning flames, etc. And it's fun. This area is like this year-round, but right now Cedar Point is also completely decked out for Halloween. If you're looking for a place to take your kids for Halloween festivities, this is it. The daytime is child-friendly, and the nighttime is geared much  more for the grown ups. And the best part, the rides are still running, woot!

If you're anywhere near Cedar Point in Sandusky, Ohio, I say go go go!! Summer wouldn't be summer without Cedar Point, even if you don't get around to it until Fall. ;)

Cedar Point Amusement Park in Sandusky, Ohio is open Friday-Sunday for the remainder of October. You can find the calendar here.
on October 09, 2013