Definitely Out of the Ordinary

I was up making hubby's breakfast, and thinking (out of the blue) about an event that happened awhile back now.  My daughter and I were driving, it was dusk. We were the only ones on that particular road.  We were laughing and chatting (anyone else notice the car is the perfect place to talk to tween/teens?) and out of nowhere a really large black silhouette, in the shape of a butterfly (we're talking half the size of the SUV window) darted right for us. It was so large, and so startling that I swerved my car automatically, out of the lane (something I just don't do). My daughter saw it too, and her instinct was to duck down to protect herself. 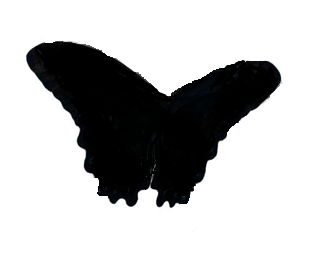 It happened in just a few seconds, but when all was said and done, there were two boys, maybe 13 or 14? riding their BMX bikes in the road. For whatever reason, I didn't see them. If that butterfly-silhouette hadn't of come straight for the window, I would have hit them.

I'm not sure if it was their angel or ours, but I suspect both. It was definitely something out of the ordinary.

Of course some people don't believe in what they call 'such nonsense,' and others have their own stories to tell of extraordinary things that they've seen. I know what we saw.

Curious to know: Have you had anything happen that you knew was a very out-of-the-ordinary thing (in a good way)?
on September 21, 2013