Disclosure: sample products were received. All opinions stated are genuine and my own. 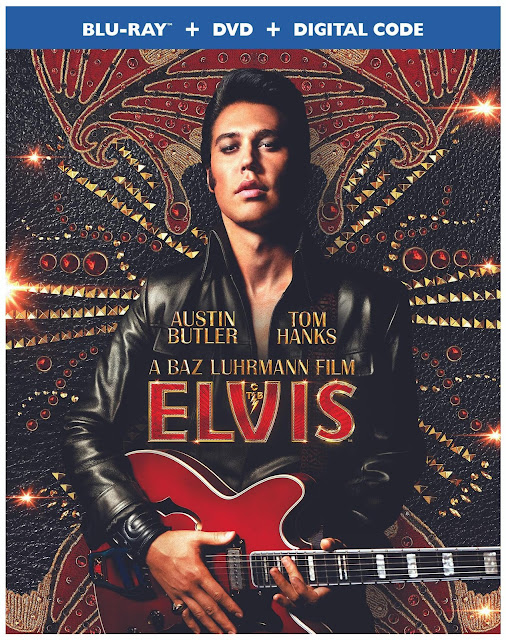 I have 3 great movie suggestions for holiday gift giving. For each of these, I can think of multiple folks who would enjoy receiving them as a gift...and yes, I did just say 'folks'. I know no one says it anymore, lol.

I got this DVD for a good friend of mine. We were supposed to go see it in theaters, and she got Covid so I took my teen. Tom Hanks plays Elvis' manager and he's always such a phenomenal actor. And then of course, we got to relive a period in time that changed the history of music. Elvis Presley has quite the legacy. My mom just loved him, and that spilled over to me. I still enjoy some of his songs and there is no denying his voice was uniquely beautiful and his dance moves were magic. I can see why all of the women fell for him.

I know Austin Butler got a lot of accolades for his role in this movie, and they were well deserved. He did make a fine Elvis Presley.

A thoroughly cinematic drama, Elvis’ (Austin Butler) story is seen through the prism of his complicated relationship with his enigmatic manager, Colonel Tom Parker (Tom Hanks). As told by Parker, the film delves into the complex dynamic between the two spanning over 20 years, from Presley’s rise to fame to his unprecedented stardom, against the backdrop of the evolving cultural landscape and loss of innocence in America. Central to that journey is one of the significant and influential people in Elvis’ life, Priscilla Presley (Olivia DeJonge). 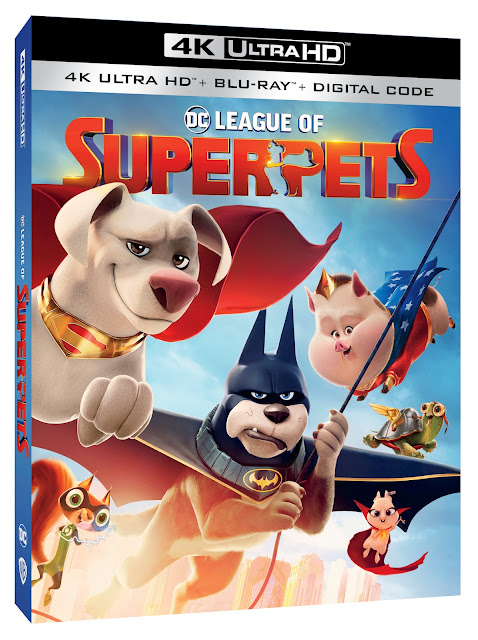 I got this for my nephew (who is grown). He doesn't go to the movies much but when this one came out, he made his way to the theater. He enjoyed it so much I thought it would be cute to give it to him as a Christmas gift. The more it sits around the house though, the more I am thinking of buying one for us too. I do ascribe to the theory that you are never too old to enjoy a good cartoon (maybe it technically called an animated movie, but you know what I mean). Dwayne Johnson (aka 'The Rock') and Kevin Hart voice the two main characters, so you know the film is going to be funny. This is a great suggestion for a holiday gift or stocking stuffer, and it's good for all ages.

In “DC League of Super Pets,” Krypto, the Super-Dog (Dwayne Johnson) and Superman (John Krasinski) are inseparable best friends, sharing the same superpowers and fighting crime in Metropolis side by side. When Superman and the rest of the Justice League are kidnapped, Krypto must convince a rag-tag shelter pack---Ace the hound (Kevin Hart), PB the potbellied pig (Vanessa Bayer), Merton the turtle (Natasha Lyonne) nad chip the squirrel (Diego Luna) to master their own newfound powers and help him rescue the superheroes. 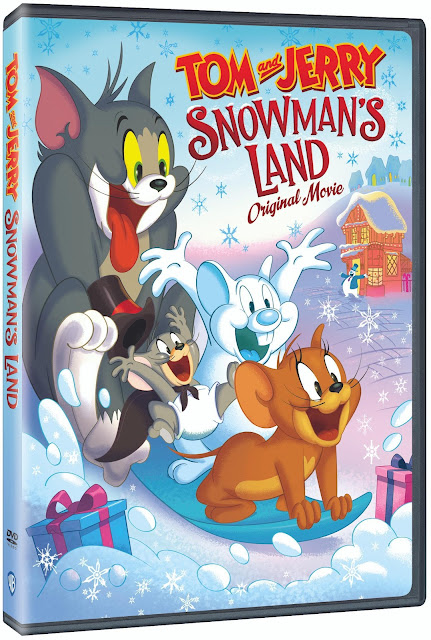 Tom & Jerry have a forever-spot in my heart because my grandma (who was my favorite person in the world until my kids were born...and then she was tied) loved them so. Of course, it's always fun to watch this famous duo cook up their scenarios and play off of one another with their very different personalities. Add a Jerry's nephew into the mix and it's sure to be a good time.

It's time to chase that holiday spirit with Tom and Jerry! With magic in the air, Jerry and his nephew, Tuffy, make a snow mouse that miraculously come to life! To keep their new friend, Larry the snow mouse from melting, Tuffy and Jerry must race him to the fabled Snowman’s Village. In hot pursuit, Tom and devious Dr. Doublevay have their own plans for Larry’s magic. Get ready to go dashing through this epic tale filled with songs, snow, thrills, laughs and even a bit of holiday magic.

YOU CAN BUY THESE MOVIE ONLINE AND RETAIL STORES EVERYWHERE

YOU CAN ALSO WATCH via MOVIES ANYWHERE

“Elvis,” “DC League of Super-Pets” and “Tom & Jerry Snowman’s Land” are available online and in retail stores everywhere. They are also available on Movies Anywhere. Using the free Movies Anywhere app and website, consumers can access all their eligible movies by connecting their Movies Anywhere Anywhere account with their participating digital retailer accounts.