How Much House Can You Afford? 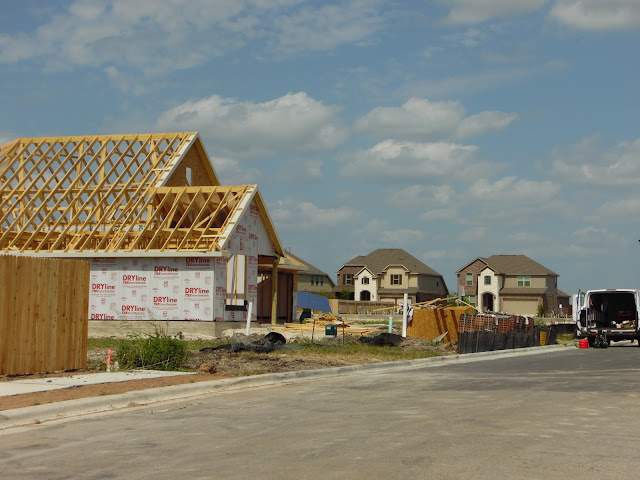 Seven years ago, my sister-in-law whose only child is grown, downsized to a 2 bedroom, 1 bath home in South Florida. She purchased that home for $145,000. It is a concrete structure (important in Florida), with a nice kitchen, an extra room for entertaining, and a sizeable yard. She got a killer deal on it because the family who had lived there prior, had already moved on to a new home and didn’t want to keep up the payments on two places of residence.

The house had an offer on in when she first saw it. In fact, it had two offers, one that was under contract and one that was on a waiting list in case the first one fell through, so she was the third in line. Her realtor pretty much told her she wasn’t going to get it, but in her heart of hearts, she knew it was the home she wanted, and she kept checking on it. She looked around at some other houses, at her realtor's suggestion, and even considered one or two of them, but nothing made her heart sing like the one she knew she loved. Long story short, the people who had it under contract were unable to close, the second in line did not qualify and she got the house!! Hurray and that's the good news. Even better...

TODAY, with very minimal upgrades having been done, that home has been appraised at close to $400,000. Craziness, right?!!? And that seems to be the norm. The price of houses has simply skyrocketed, with no ends in sight (as has rent, but that is a story for another day).

For those of you wishing to purchase a home, now may or may not be the time. The question of if you can afford it or not has to be entirely up to you. For us, no matter how many times I attempt to estimate monthly mortgage payments, I can clearly see that we won’t be able to swing it. My dream of owning a home again (I’ve owned before) has been put on the back burner, and I’m okay with that (for now). Actually, it is almost a bit of a relief not to have to stress over it anymore (and there were a couple of years where I was really stressing over it). On a teacher’s salary, I simply cannot afford the steady hike in mortgage prices we have seen over the last few years and of that there is no question. The option is on hold, kaput, out of order. Yes, ma'am, we are out of the ballgame...for now.

I have no doubt I'll own again in the future, because I'm dedicated, tenacious and committed to owning, but circumstances dictate that the time isn't going to be right now.

Our geographic area is a little unusual, I think, in that the pricing of houses rose a lot faster than we could have ever anticipated due somewhat to politics. Covid brought a lot of new people to the area who wanted to do business but were unable to do so in their previous areas, and many of them ended up staying. The demand for housing right now is a lot bigger than the supply. Sometimes they are selling sight-unseen for more than the asking price. My oldest son is a realtor, so I know that to be absolute fact. Would you buy a home, sight unseen? I am pretty certain it would be a big 'no' for me. Homes are such a personal choice, if they are going to be your place of residence, that I want to explore first, see if it feels right... and make the most informed choice that I possibly can (which you cannot do without seeing it in person). The panic, however, for people to buy, is real. You see beautiful homes go up for sale one day, and the next, they already have an 'offer made' sign in place of the one that just said it was 'for sale.'

The same, however, is true for shacks and places that need a LOT of attention. There was a home for sale close to my job that had drywall that is not permitted to be used in homes. Previously, it would not have sold. In today's market, it sold instantly and for a TON of money. Someone is going to have to gut the whole place to get it up to standard but it still sold overnight, figuratively speaking. A shack in Palm Beach County is going for three times what it did a few years ago... not that I'm looking for a shack, but you know what I mean. When browsing houses for sale, which I still do from time to time, I see dilapidated-looking homes for sale at prices that should never be real. AND THEY ARE SELLING.

New construction is no exception for price hikes either. It costs almost as much to build, and in some cases more, than it does to buy an already made home. Tree lots are being torn down at an alarming rate as buyers move in and build homes. Surprisingly, even the tiniest of lots is being sold to build. I have never seen people building at such a fast speed. All of the sudden, it seems like everywhere you look, trees are going down (a lot of them) and houses are going up. It's turning our beautiful scenery into a concrete village. I don't like to see the trees being torn down and mulched.

All of these things leave me wondering how this is all going to play out. Will prices keep climbing? Will there be a point where buyers can no longer afford to pay these astronomical prices they have bought into with these houses that are selling like hot cakes? While I only wish good fortune to those who have purchased, I do hope the prices will come down soon. Some say they never will, others say they have to... based on personal want, I am hoping for the latter. The future, of course, remains to be seen.