Whose Lasagna is it Anyway? 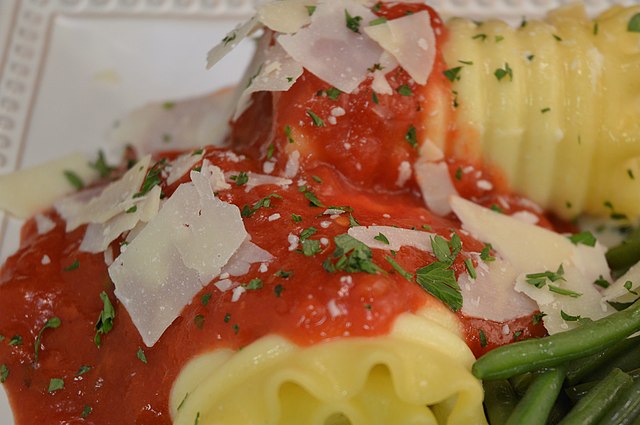 He likes his lasagna layered differently than I do. He likes to use cottage cheese with little dollops of it spread throughout each layer of noodles. I like to have Ricotta as one thin layer at the bottom. You would think that after six years of being divorced, the lasagna would have been made the way I like it. Old habits die hard, I guess, and I realized one day, with a hearty laugh, that I was still doing it his way. The bigger zinger, and definite catalyst for change, was the realization that I had never even considered buying Ricotta at the grocery store. Not just that time, but every time (since the day we were married, many years ago).

That got me thinking: what else was I doing his way? A short journey around the house showed I was doing a lot of things the way I was used to doing them because that’s the way he liked them. I still kept the air conditioner at 77-degrees, kept the radio off in the house, and I even still purchased Powerade over Gatorade, when in fact, I like Gatorade better. In fact, the only thing I’d really changed was that we had gotten a cat a few years back, and he was 100% against any pets. So…for six years we’ve been split, and for six years I’ve still been doing most things the same way.

It’s not that I was against doing things his way when were married; I wasn’t. It’s just that somewhere along the way, I forgot that I like things my way too. So, okay… time for a mental reset. I told myself right then and there, that this was my new life, and part of the joy of living this new life is that I get to do things my way. Yes, being married can be a wonderful thing, and compromise is a given…but that’s not something I have to worry about anymore. This is my place, not his and my place. I can explore the things that give me peace and bring me joy, and that is exactly what I am now very intentionally doing.

In fact, at this very moment, I am lounging on the couch mid-day, with the teen’s music blasting (not my favorite music but he’s enjoying himself), our sweet cat is snuggled at my hip (on the couch, gasp) and the air conditioner is set to a very comfortable 75-degrees. When I’m finished, I’ll need to start a grocery list for next week. I’m thinking I’ll make a lasagna again…just so I can buy and use the Ricotta.