The Do's And Don'ts Of Buying Gifts For Men

Disclosure: This is a collaborative post. Please welcome today's contributor. 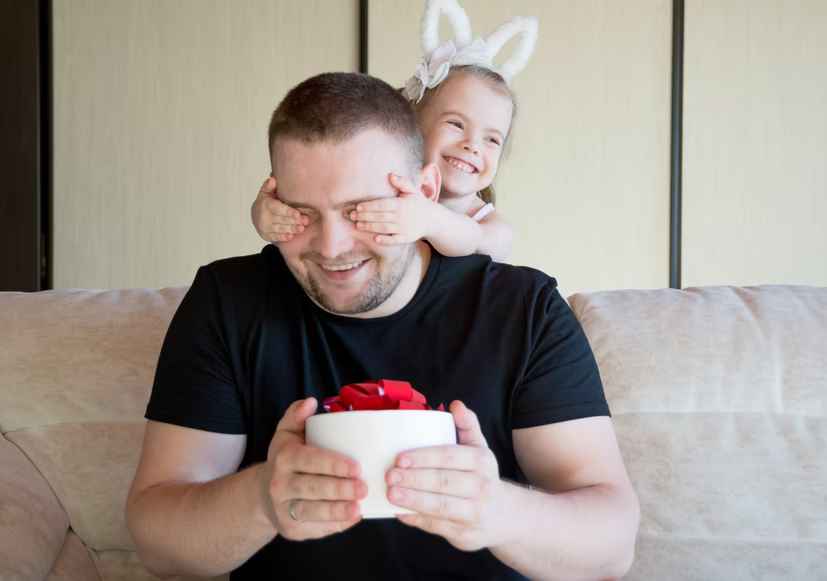 When it comes to gift buying, men are sometimes hard to buy for. Why? Well, it's sometimes because they aren't forthcoming about what it is they want. They might say they don't want anything, or they might reply with those fateful words "I will let you know." Such words are hardly useful when Christmas or their birthday is right around the corner.

The other problem is that men are sometimes hard to please. This is especially true when we don't know what they might find useful.

Of course, we are talking generally here. The men in your life may be all too happy with whatever it is you buy them, and they may be all too willing to give you a list of things they want or need in their lives.

But if you are struggling to come up with the perfect gift idea, and if you don't want to give them cash or a gift card, here are some do's and don'ts to help you with your decision.

DON'T buy him something for selfish reasons

What do we mean by this? Well, if you're unimpressed with his fashion sense, you might decide to buy him something that you want him to wear. This is all very well and good but not if they don't like the clothing you have bought them. You might also buy a gift that will give him the incentive to do a certain something. So, you might buy him a set of kitchen knives if you want him to spend more time cooking. Or you might buy him something DIY-related if there are things that need fixing around the house. Such gifts aren't a problem if they are into cooking and DIY, but if they're not, then they won't be pleased to unwrap them.

So, take your needs out of the equation. The gift should be tailored to what he enjoys and not to satisfy your personal requirements. Think about this when contemplating gift ideas and curb the temptation to buy something that might not be to his liking.

DO take a peek into his wardrobe

If you do want to buy him something nice to wear, take a look at what he owns already. By doing so, you will get an idea of his sense of style, so there is a better chance of you buying him something that he would appreciate. You could also buy him something that he doesn't own but that would complement some of the other items in his wardrobe. If he tends to go for the rugged look with his clothing choices, for example, you could consider these leather jackets for men.

Of course, when considering fashion, it is important to get the sizing right. Make a note of this when you're looking at what he wears to ensure you don't buy him something that is ill-fitting. It's still a good idea to keep the receipt of course, as even within small, medium, and large sizes, there can still be discrepancies within sizing. But at least you will have a rough idea of his size before you buy.

DON'T consider too many novelty items 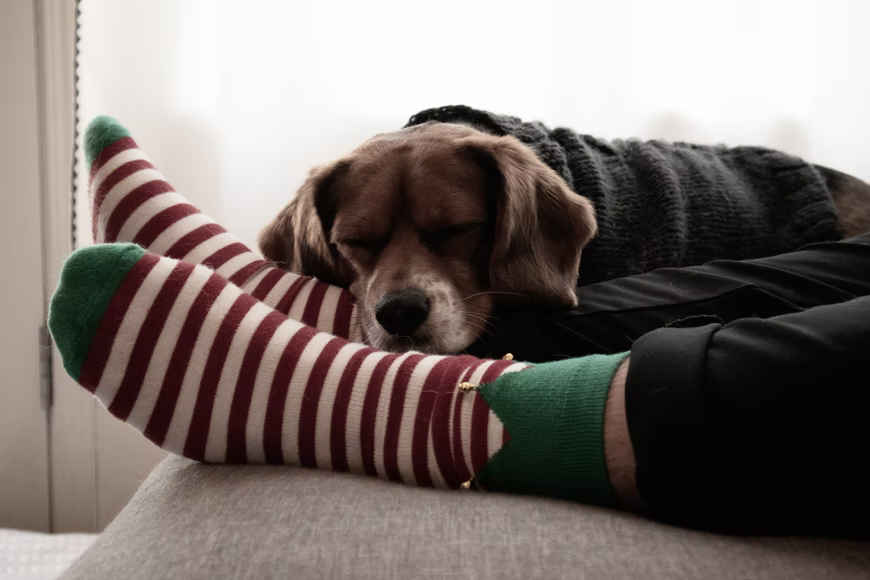 Novelty items can be funny but how useful are they? As we will discuss in our next point, men do like to be practical, so something that will be used once but never again is hardly a good idea. Within this, we are thinking of festive ties and jumpers, as well as cheap knick-knack items that don't offer a lot of value.

This rule changes slightly if you are buying him one gift and several smaller items. And by small, we are referring to cost rather than size. A few novelty items are fine provided they aren't the only gifts he will be receiving. A pack of Christmas socks won't be dismissed quickly if he has something more meaningful to unwrap alongside them.

DO buy something practical

When choosing a gift, determine whether it will serve any real purpose to him or not. Men often appreciate gifts that are useful to their everyday lives, so it makes sense to buy them something that can be reused. What such a gift might be will depend on the way they like to spend their time. That set of kitchen knives we mentioned earlier won't be seen as unwelcome if they do like to spend time cooking, for example.

So, consider his hobbies, whether they are things he does in or outside of the home, and try to buy him something to match. You will need to make sure that he doesn't already have certain items, of course, so try to find out what he may require in advance. You can do this by talking to him about his hobbies or by speaking to friends or family members who may know what he's currently missing.

If you ask him what he wants and he draws a blank, don't wait forever to get an answer from him. If you do, the gift he eventually asks for may be delayed, especially if you're buying him something popular around Christmas time. It might also be the case that he never gives you  any clues as to what he wants, so it would be a waste of your time to hang around waiting for an answer. You might be forced to buy him a last-minute gift which, chances are, could be less than meaningful if you haven't had a lot of time to think about what to buy him.

If your guy is indecisive, always have a backup plan. Follow the other suggestions we have discussed on this list and research the things he might like. If, after a certain length of time, he still hasn't given you any clues, go with your instincts and buy him what you think he might like. You could always gift it to him at a later date if he then does let you know what he wants in the meantime.

DO listen to what he is saying to you 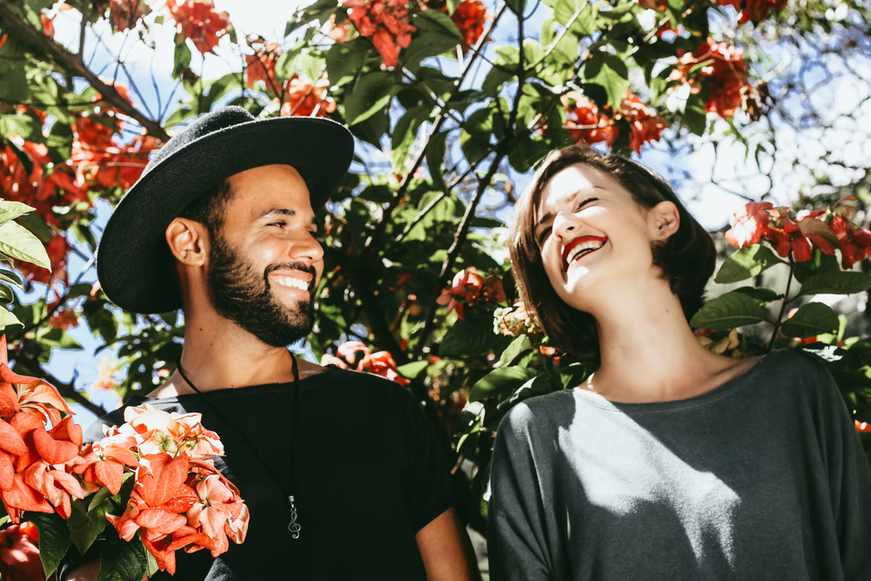 Men aren't always great communicators but they might still drop hints in conversation about the gifts they might like. If you hear him complaining about not having a certain something, or if he leaves particular web pages open on the computer, it might be that he is giving you clues as to what he might like. Of course, it might also be the case that he is less than subtle. If he bluntly tells you what it is he would like as a gift, you won't need to hunt for any hidden clues!

Be it a hint or a blatant request for a gift, pay attention. He is probably letting you know what he wants to deter you from buying the novelty items we suggested earlier. He might also be letting you know his needs so you don't start to put your needs first when deciding what to buy him. Admittedly, the surprise factor will be gone if you buy exactly what he asks for. But this is better than surprising him with something that, once opened, will be put in the closet (or on eBay) and never heard from again!

DON'T assume you have to buy him a gift

We aren't saying you shouldn't give him a gift. However, not every gift has to be bought from a store. You could cook him his favourite meal or bake him a fabulous cake if you have skills in the kitchen. If you have skills in other areas, you could write him a poem and frame it. Or you could create a photo album that chronicles all the good times you have had together. You could even make him something to wear, provided you avoid the novelty jumpers that he may be less than pleased about wearing.

This idea is especially useful if you're on a budget. While there are all kinds of inexpensive gift ideas you can find on the internet, it's also possible to gift something that won't cost you a dime. Well, this isn't especially true, as you would still need to buy a few things here and there when crafting something, but you get our point!

DO make the effort

While gift buying for men is sometimes difficult, you should still do your best to gift him something he will appreciate. You see, men will often say they don't need anything when the opposite can be true. And men do like to receive gifts, even when they tell you not to bother. Whether it's your partner or a relative, a gift will still mean something to them, and it will make them feel valued. So, don't give up. Keep searching for a gift they might like, despite the challenge.

We hope these ideas were useful but let us know what you think in the comments below. And if you have any gift suggestions that you think our readers (and the men in their lives) might appreciate, please share your ideas with us.