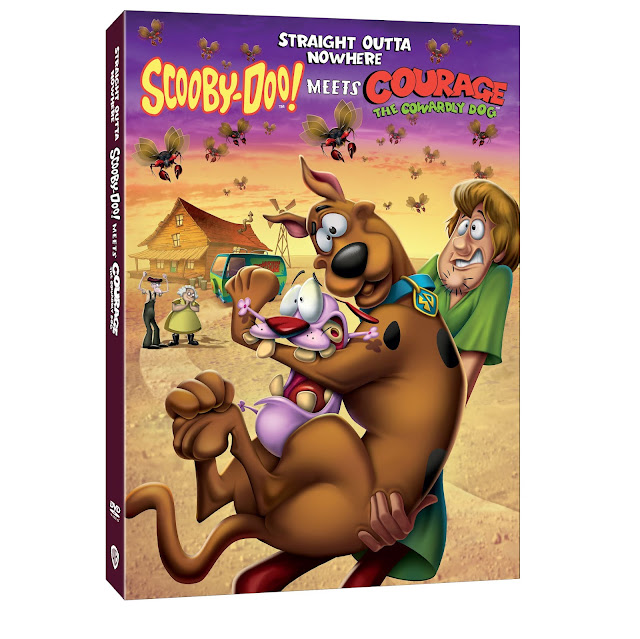 Scooby and the crew have been around for as long as I can remember, and I've loved them through all of the changes. Now I'm excited to meet Courage the Cowardly Dog and am loving the play on words for his name. Imagine having Scooby Doo as your mentor to overcome fear?! This one's going to have some laughter as well as excitement in it, for sure, as these movies always do. 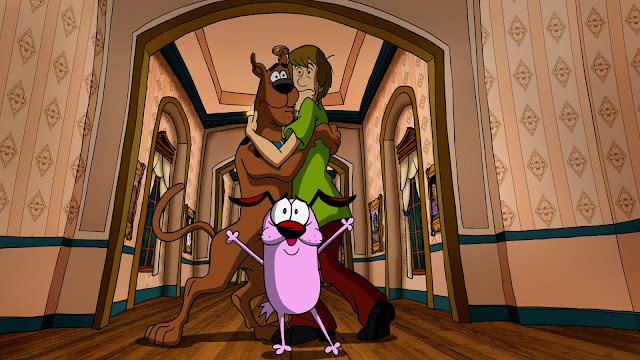 Courage is pretty cute too, and he looks like he's full of personality and character. I can't wait to learn more about him. Maybe some of you are already familiar with this cute little pink beagle, but this will be my first time to meet him. 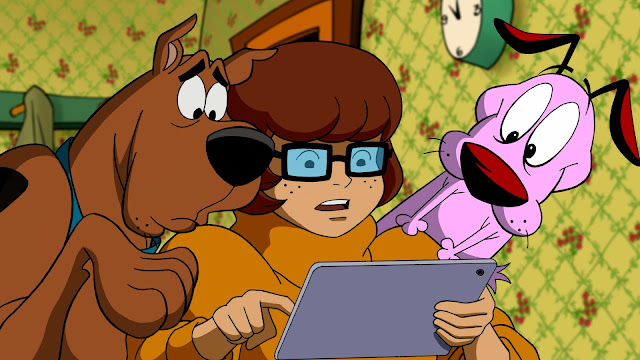 And of course all of the traditional characters are back, including Velma and Scooby, my two original favorites! This is a new release worth picking up. Tell a friend! 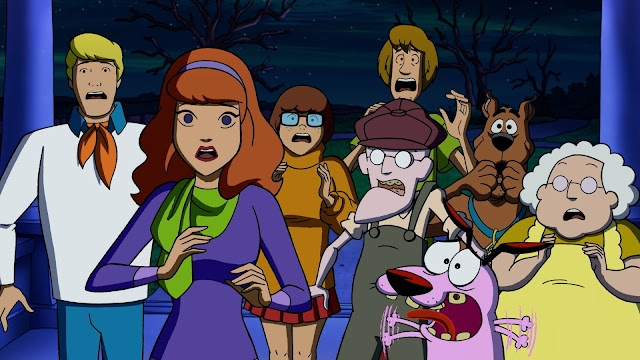 An original animated feature so exciting it’s scratching at the door! Comedy is unleashed when Scooby-Doo, your favorite mystery-solving mutt, teams up for the first time with Courage the Cowardly Dog. The canine colleagues sniff out a strange object in the middle of Nowhere, Kansas, the backwoods hometown of Courage and his owners, Eustace and Muriel Bagge. Soon, the mysterious discovery puts them on the trail of a giant cicada monster and her wacky winged warriors. Fred, Velma, Daphne and Shaggy know that this job is too big for a flyswatter. They’ll need the help of the doggy duo to piece together the puzzle. Can Scooby and Courage overcome their jitters and defeat the insect army before the whole world bugs out? Try not to get scared. We double-dog dare you!

Scooby Doo, Where Are You! "Decoy for a Dognapper"

The Scooby Doo/Dynomutt Hour, "The Gruesome Game of the Gator Ghoul"

Straight Outta Nowhere: Scooby-Doo Meets Courage the Cowardly Dog will be available to own on Digital on September 14, 2021. Digital purchase allows consumers to instantly stream and download to watch anywhere and anytime on their favorite devices. Digital movies and TV shows are available from various digital retailers including Amazon Video, iTunes, Google Play, Vudu and others.