Disclosure: I received a complimentary product or a discount code.  All opinions stated are genuine and my own.

It was really hard to get one of these last year because they sold out so fast, but this year... I got one!! Order early because if it's anything like it was in 2020 these are going to be sold out way before Halloween. Jabberin' Jack can be found in retail stores and online at Mindscope Products and/or Amazon. 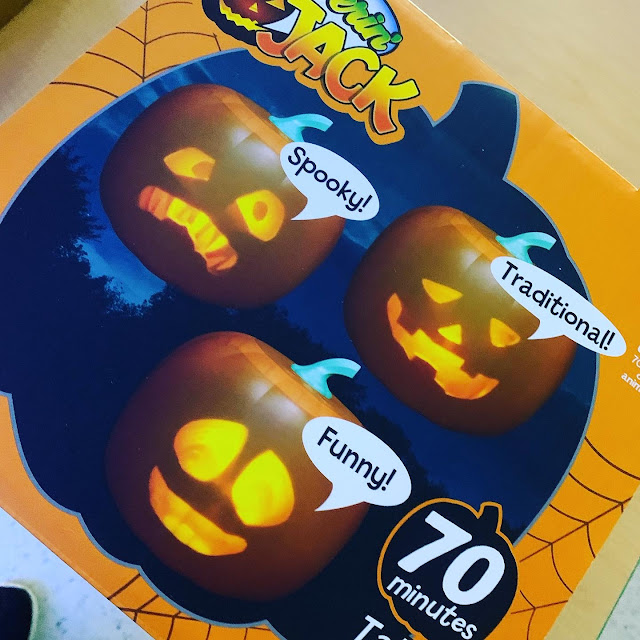 Jabberin' Jack is a pumpkin that has 70 minutes of fun animation. He talks, sings, and even tells jokes. There are three different character voices that can be used. It has skip buttons and a volume control on it. There is a spooky mode with the sinister grin, the traditional pumpkin face that's my fave, and the funny one where the projector shows human teeth (LOL!). This is the kind of Halloween decoration that makes you want to stand there and watch for a bit. It effortlessly adds to the festive atmosphere you're trying to create for the holiday. 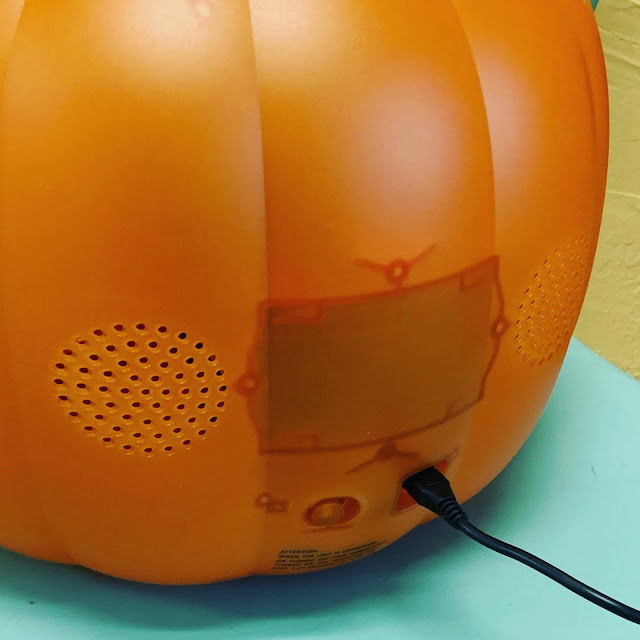 Another huge perk is it doesn't require batteries. It runs on a USB Power Adapter (included). So you just plug him in and he starts working. 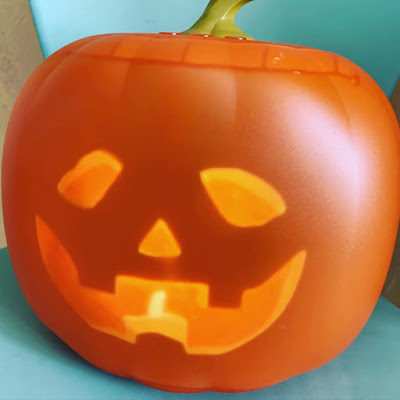 I said the traditional setting is my favorite (seen above). This is me snapping a picture of him while he's talking. This mode is cute, and the jokes are 'dad joke' funny with a Halloween theme. The candle is a complete projection, no real flames are involved, which means this pumpkin is safe to leave unattended too. Safety is important to us. We have to be very careful with candles because we have a nosey cat (who we love) that knocks things down. We  learned that lesson with a lit candle. She has no problems at all getting her nosy little self next to a lit candle. ANYTHING new in the house, for that matter, and she's all over it. We also have small grandchildren who come to visit, and I'd rather have this out than something that has a real flame. 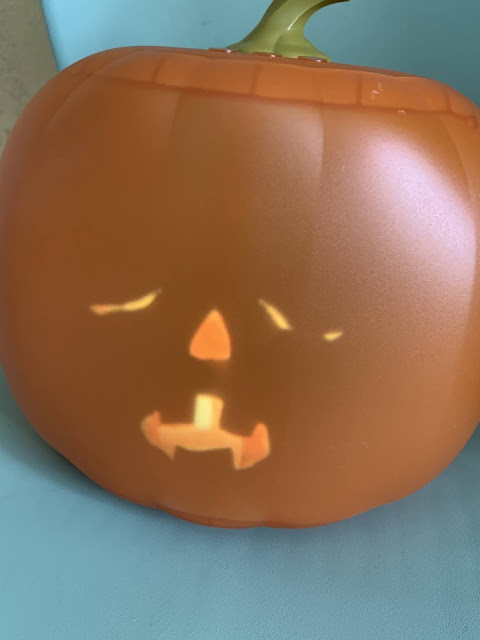 Jabberin' Jack is sleeping here, complete with snoring, LOL! You can keep him running and turn the sound off too, if you're in the mood for silent mode. I think this would be fun to have running when trick-or-treaters come to the door because I know some people would jump in surprise when he starts talking, and that's part of the fun of Halloween. :) 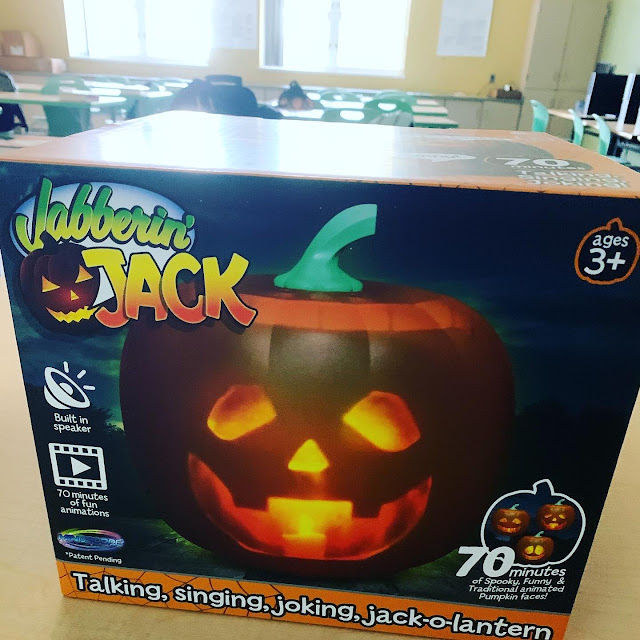 I took him to my classroom. I know the kids are going to get a kick out of him when October rolls around. I'll take it back home just before Halloween so we can enjoy it and the neighborhood trick-or-treaters can as well. Don't forget to snag this one early. It sold out within two weeks of its release last year. We weren't able to get one then, but we have one now, hurrah!

This is a holiday decoration you will be able to use year after year, and one that your family (and the neighbors!) will remember. Jabberin' Jack is really unique and is sure to be the talk of the town (or classroom, lol).
Like what you see? Buy yours HERE.
on August 14, 2021