Disclosure: This is a sponsored post. I received a complimentary product(s) or a discount code to purchase my own. 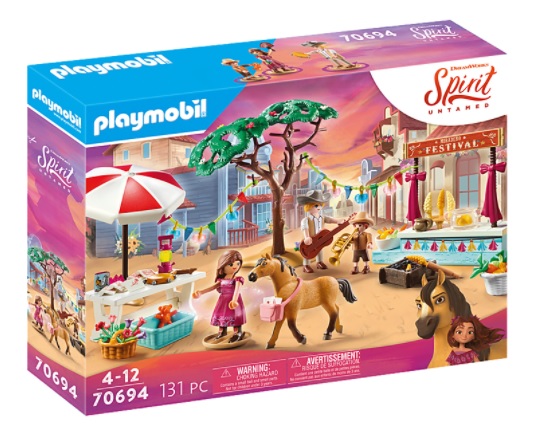 One thing a grandaughter of mine really loves to do is go to the movies. Today, June 4th, DreamWorks' newest animated feature, Spirit Untamed is being released by Universal and you can bet we'll be seeing that one together. As some of you already know, she also LOVES Playmobil building sets, as has every single one of my children (and now my grandchildren) so I know for sure that she is going to be very excited to see that they have released 6 new sets that coincide with the movie we are going to see. 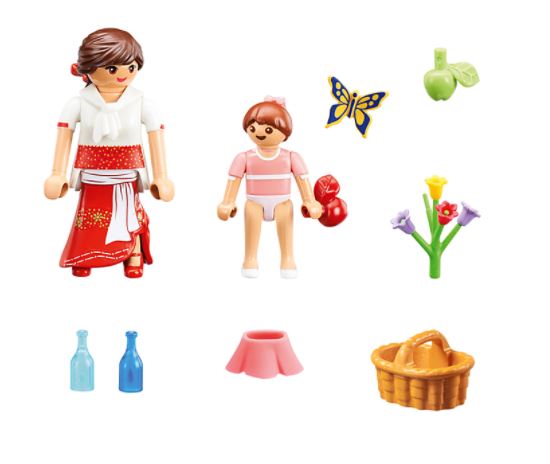 Young Lucky Mum Milagro mini-set
Spirit Untamed is not only a sequel coming 19 years after the release of the original Oscar-nominated film, Spirit: Stallion of the Cimarron, but it is also based on the hugely popular TV series Spirit Riding Free, which premiered on Netflix in 2017 (and that is something my granddaughter knows all about!). 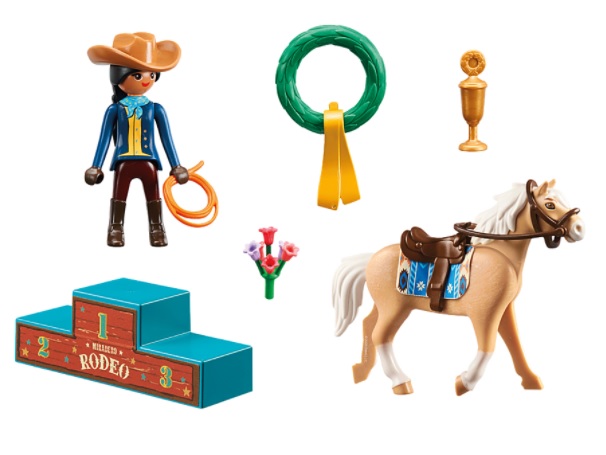 Rodeo Pru
The figures are always a favorite for me in these kits and my grandbabe loves those too. She also gets delighted with the teeniest tiny details so I know the flowers in the mini kit you see above are going to make her giggly. Now that I've said that, it reminds me of how she used to stop and try to pick every flower she would see on a walk when she was little. We literally stopped at every wild bush or weed in the grass that looked like a flower, and I can't tell you the number of little bouquets I've carefully put into water that came from her wee little hands. 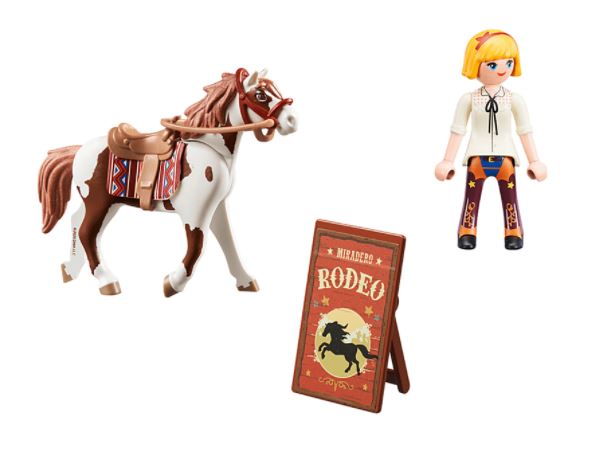 Rodeo Abigail
For me, it's the movement of the figures that makes me smile. You can move their arms, legs, heads, etc. and that helps give character to the scenes you're building. I think it's better to have moving parts than to have pieces that are all stationary. 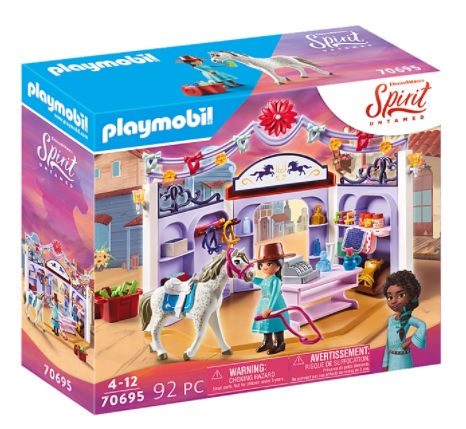 Miradero Tack Shop
There are some smaller pieces in these kits so they are recommended for ages 4-12. I'd say that is perfectly accurate too (since that was the age range my children loved to build in). The things is, once the kids open these, they get mesmerized and are instantly engaged in imagination, building and enjoying the fruits of their labor. It's a really great feeling to see them so thoroughly immersed in something that doesn't involve screen time. 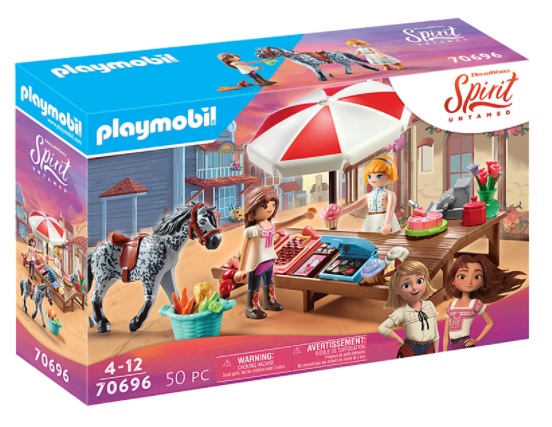 There are six new (3 small and 3 large) Playmobil playsets that are timed to the new movie release. Each is based on scenes and events from the motion picture that follows the adventures of Lucky and her loyal companion horse named Spirit! I like them all but the one you see above is my favorite. It is the Miradero Candy Stand. It has Lucky and Abigail, which is awesome, but what I love is the spotted horse!!
Any one of these kits would be a great gift idea for the little ones in your life. Learn more about them by visiting Playmobil.
on June 04, 2021