When Your Pool Float is Bigger Than You... 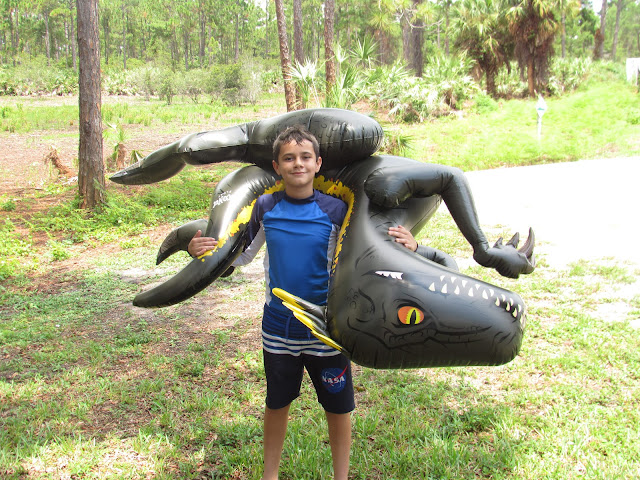 Coconut Pool Floats has this huge array of oversized fun floats for the pool. We recently tried out the Jurassic Park Indoraptor and seriously, it was bigger than my son. :) 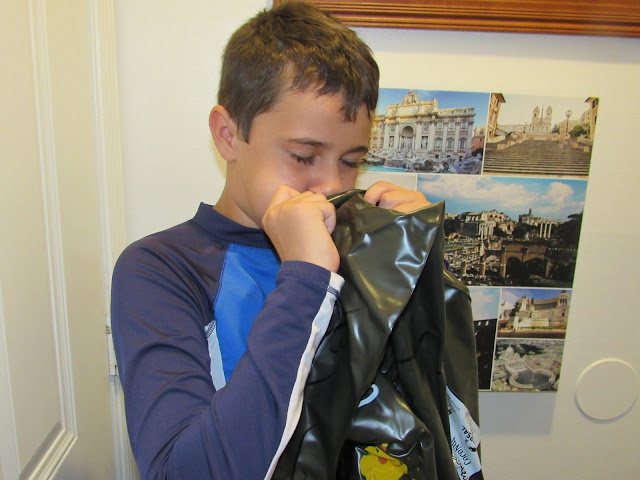 He didn't initially realize how big it actually was, and said he wanted to blog it up himself. 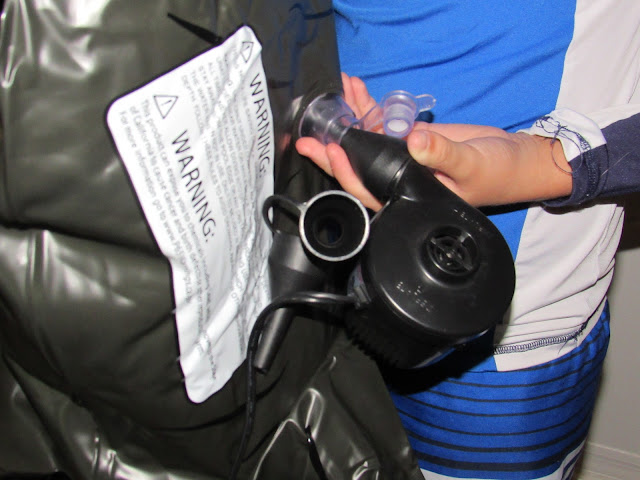 That lasted all of 2 minutes before he was winded and ready to pull out the electric pump. ;) 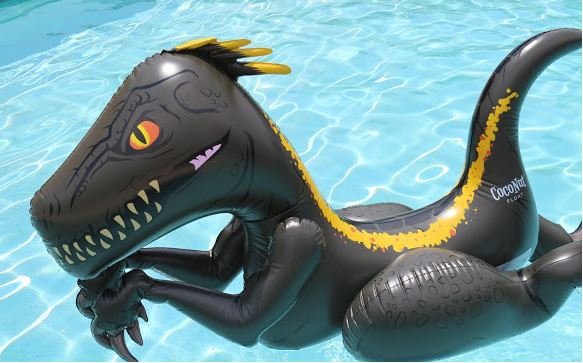 I do want to note that our cat was not fond of this new friend in the house. She went into instant stalker mode and hid behind the coffee table to check it out. When she got brave enough to investigate up close and personal (I was so tempted to move it while she was looking at it, but didn't want to scare the bejeebers out of her), it was only for a few seconds before she moved along to the other room and hid until we returned sans dino (much to her delight, I'm sure, we took the air out of the float after the swim). I wonder if the cat knew how hard we were laughing at her dismay, I hope not. 😛 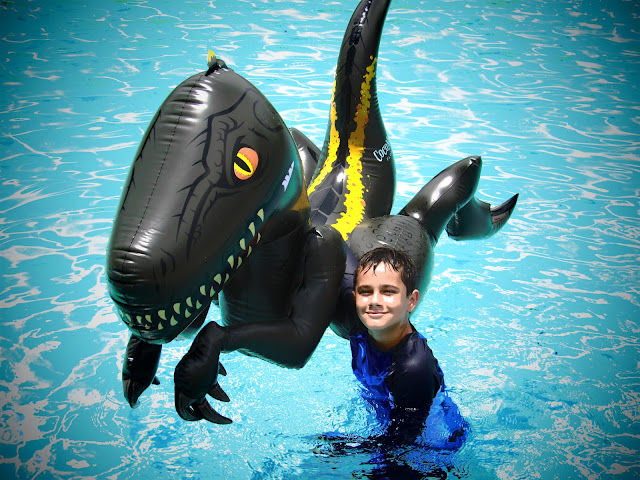 So, inflating it was no problem, nor was carrying it. Even though it measures 36" x 76" it is super lightweight. What did pose a challenge, was getting on top of it to take a ride. 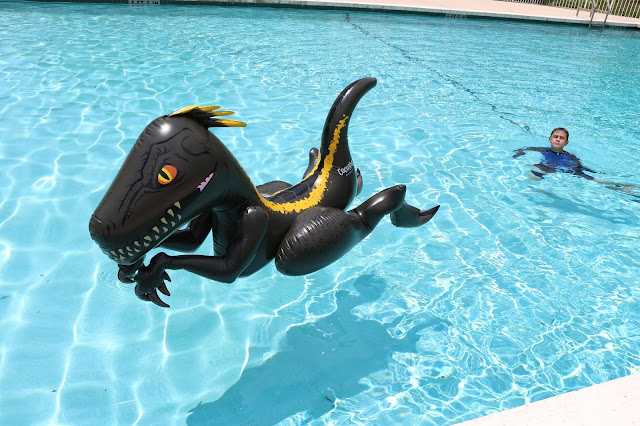 For the first attempt, my son tried to conquer it while in the water. You can see the feisty beast got away, leaving my son in his dust. 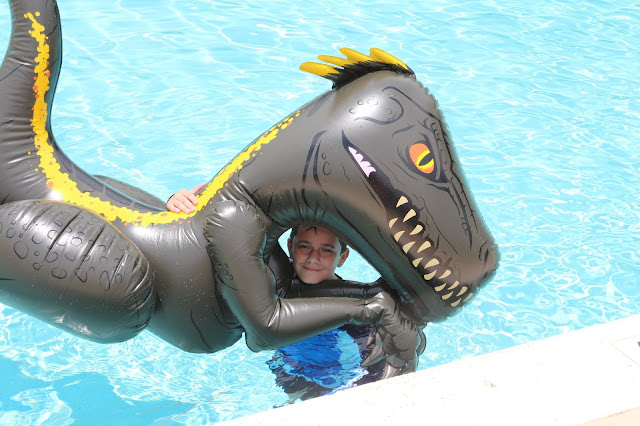 No harm, no foul though. As you can see from the photo above, there was still nothing but love between dino and boy. 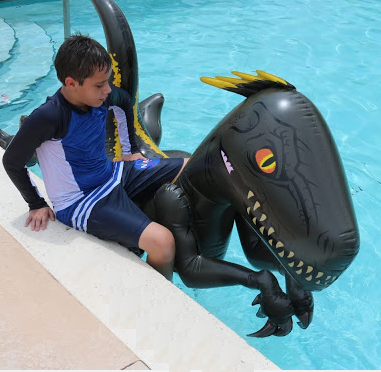 Little man got out of the pool, sat on the side, and attempted to mount the dino from there. 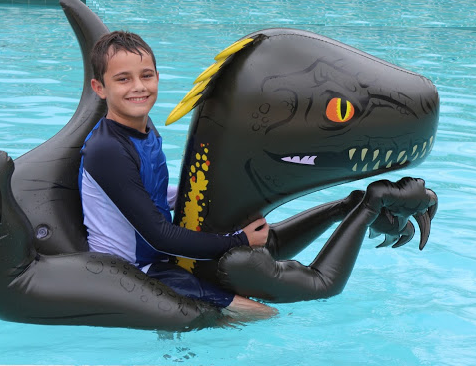 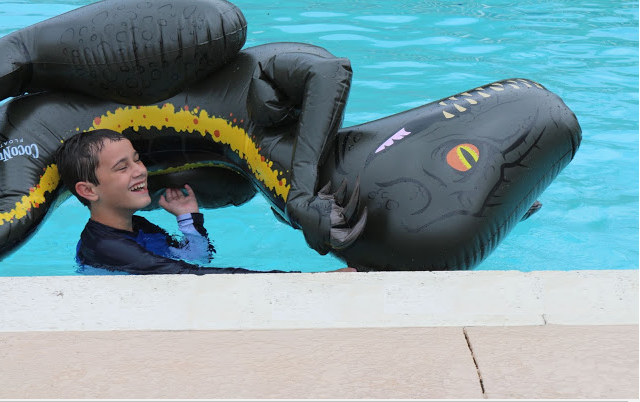 Until it wasn't...but that was part of the fun. :) We love having a giant pool float that is different than anyone else's in the water. Believe me, when his friends are over, I already know everyone is going to want a turn.

Learn more about this float and the many others available at Coconut Pool Floats, by visiting their website.
on August 04, 2019