Pure Costumes Has Really Outdone Themselves for Halloween This Time! 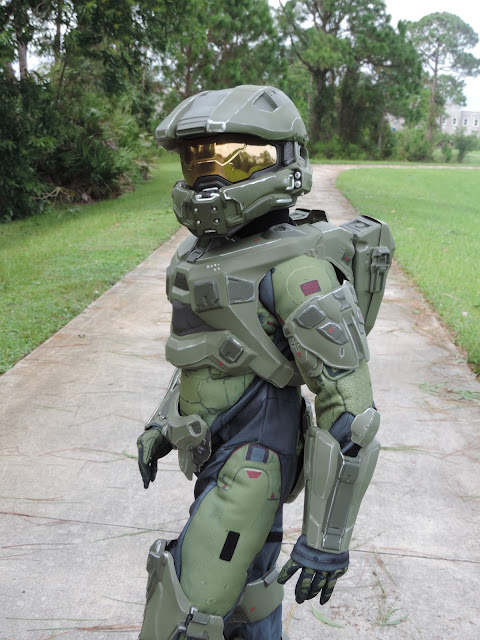 Today I am grateful... grateful that instead of talking about hurricane damage (because outside of losing internet, we had none!! thank you to so many of you who sent e-mails to inquire, I will be in touch soon!!), I can talk about this Master Chief outfit from Pure Costumes! In a word, this costume is amazing. It makes my son look good and feel great!! I think he really thinks he's a super power in this bad boy (he likes it because it looks military, he's never actually played the video game Halo, which is where the character comes from... I know a lot of people have though, and love it!). 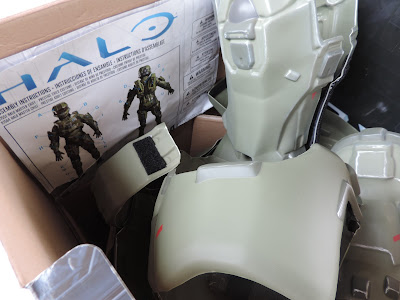 Comprised of 32 pieces, this costume is by far the best one my son has ever owned. 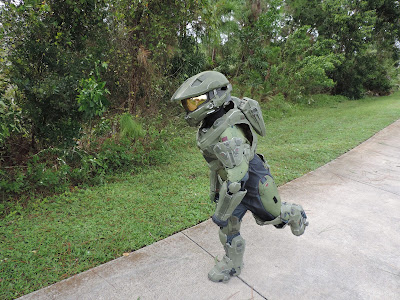 Each piece (except the helmet, which is heavy-duty, is very light-weight (but not cheap) ,which is very important for the kids because it allows them to move/walk easily. 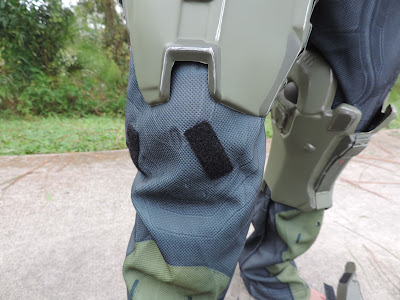 The pieces attach to and with Velcro. That makes it handy to remove pieces as needed (such as the seat armor when you're sitting). 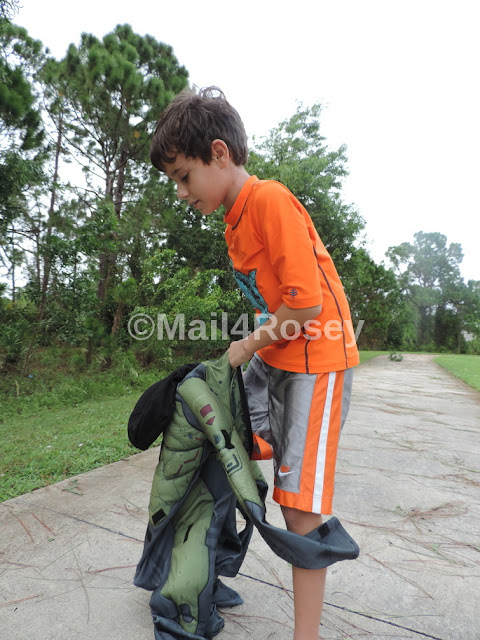 The body suit (the base piece) is nice and toasty warm, and my favorite part about it is the hood! That makes it perfect for keeping the chills away from kiddos on cold October nights, without them having to wear a coat and hat (they actually won't need gloves either, since the costume comes with them). Nothing spoils a cool costume faster than having to wear a winter coat on top of it! 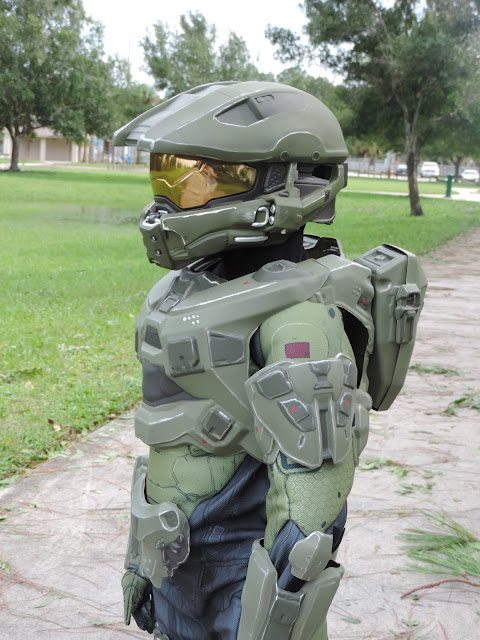 The hemet has a button on the left-hand side. When you hold it, lights on both sides of your helmet come on. This helmet is tough! It looks awesome too. You can't see inside it at all, but Master Chief has no problems at all seeing out in every direction. 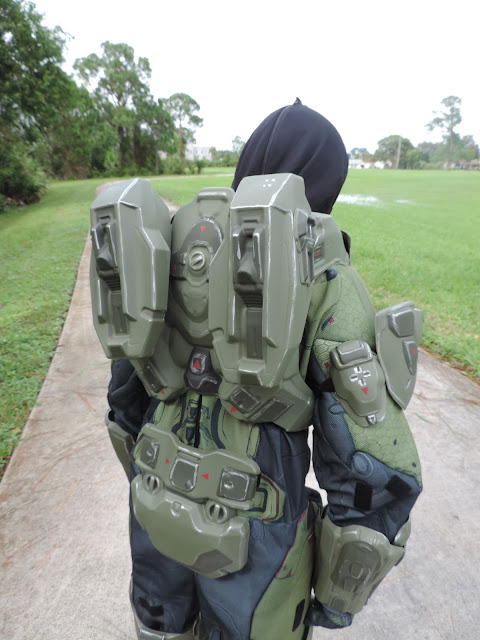 Every single thing about this costume is great, but its the jet packs that make my son giddy. He absolutely loves this part of the costume. 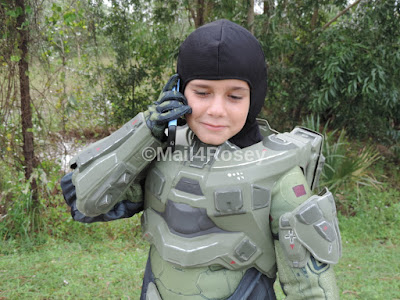 It was this moment though, that made my day (in the photo above). I texted my sons siblings to show them the costume (yep, it was that cool) and his oldest brother called right away. The look on my youngest son's face is priceless... that mixture of pride and happiness that every mom likes to see when their child is feeling especially happy is all over his face in this one. 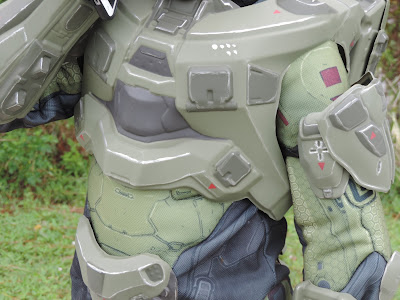 This is a costume that is going to turn heads. Everywhere we went (and yes, he kept it on after the photo shoot), people were stopping to look and make positive comments. I'm sure for a 9-year-old boy that was quite the exprerience. :) 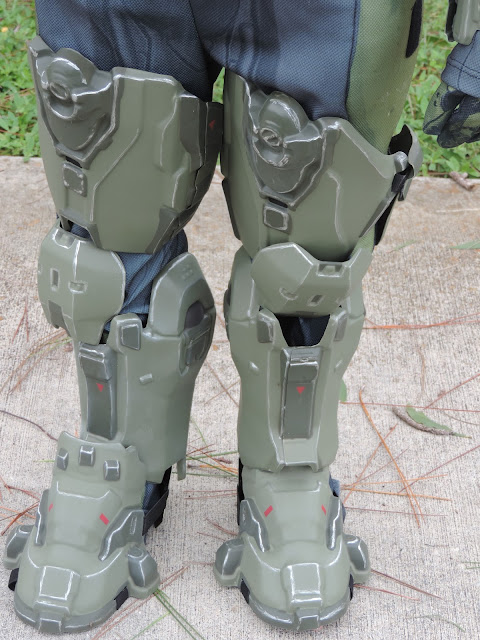 No two ways around it, this is an exceptional costume. For the record, he got his Ninja Costume from Pure Costumes last year too, and it was such a good quality, that he still has that today...and wears it every now and again just for fun. I highly suspect this one is going to last a good long while too. 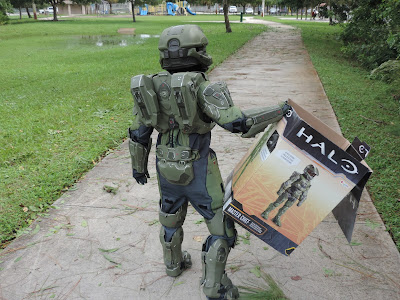