What's Hasbro Up to This Summer? Our Family Loves to #PlayLikeHasbro

Chances are high you already know and love Hasbro. So many of us grew up with the brand, that it simply feels like home. When you grow up and have kids, purchasing Hasbro items is comfortable and often times a way to re-live your youth...or ask questions like, "Where was this when I was growing up? I LOVE this thing!" The latter is how I feel about the following:

Looks innocent, right? A nice looking shield, to help protect you from your frenemy's blasts. That is all well and good, and it's true, but this shield has a secret. 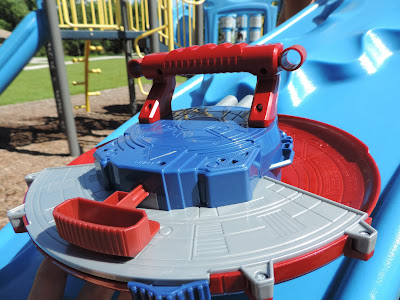 On the underside of it, this protective shield is also a weapon!

Simply push the silver star on the front of the shield to convert it to the blaster. It holds two darts. Pull back the red bar to release them one at a time. THIS is an awesome toy. 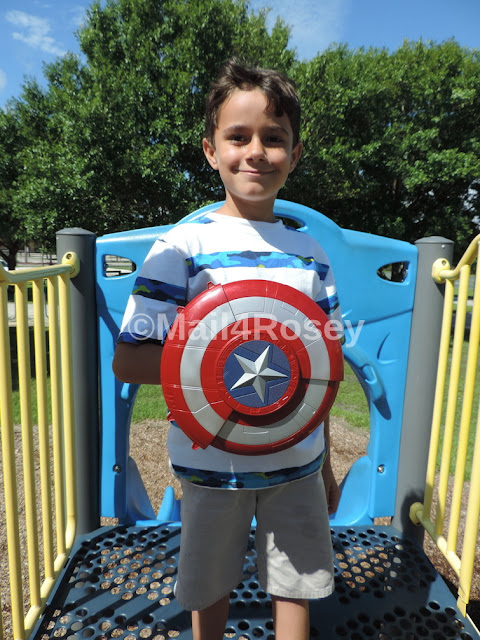 We already have plans in place to shoot the big boys the next time they come to visit (a.k.a. little man's older two brothers who are grown, but never too old to play with toys like these!).

The second toy we are loving from Hasbro this summer is the Blazing Team Beast Wrangler Yo Yo.

There comes a time in most children's lives when they attempt to learn the Yo Yo. The Blazing Team line of yo yo's from Hasbro makes it easier for them to master skills by offering tricks and technique instructional videos on their YouTube channel. 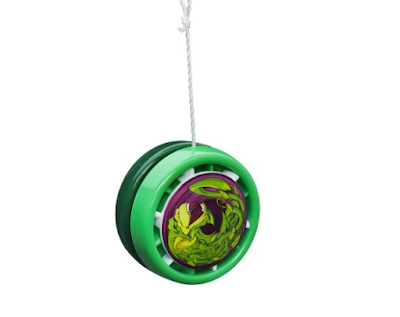 The yo yo's are bright and colorful, and they're based on the popular Blazing Team TV show. The Beast Wrangler we received features an auto-return clutch to help children prepare for Yo Kwon Do battles... or to just give them something to do on lazy summer days. :) The best part? This yo yo costs just $5.99! Easy to see why I love it, right? Pick one (or a dozen!) up. These are the kinds of toys that don't cost much, and everyone loves to play with them!

You can learn more about these toys by visiting Hasbro. They are sold in retail stores everywhere.
on June 29, 2016