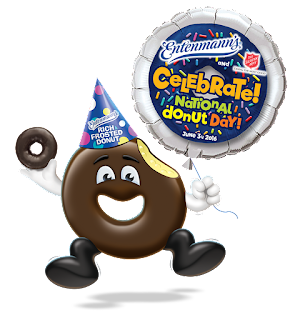 Entenmann's is a household favorite when it comes to sweet treats. I know they definitely have our vote for baked goodies, and it's not often we don't have something or other of theirs sitting in our kitchen.  Entenmann's is also often a part of some most excellent initiatives, and this time...because it's National Donut Day, they are up to something extra sweet! 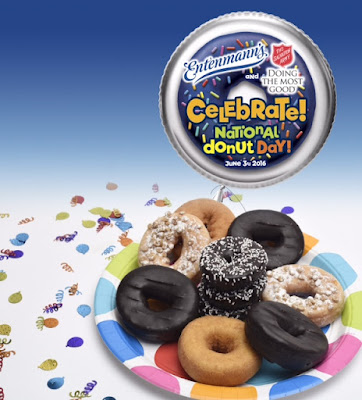 For every consumer (fan or not) that enters the Facebook Sweeps, $1 will be donated to the Salvation Army up to $35,000! 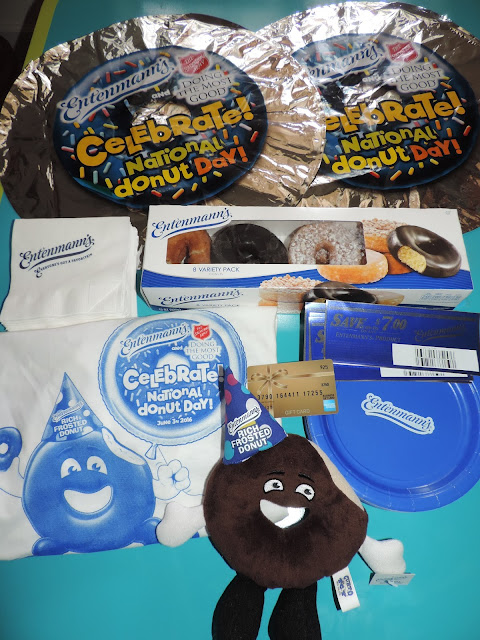 To help get the party started, Entenmann's is hosting a giveaway here too!! One lucky winner will get: (5) $7 Entenmann's Coupons, one $25 AMEX gift card, Entenmann's Party Plates & Napkins, one National Donut Day T-Shirt and one Rich Frosted Donut Plush Toy with a Party Hat! Enter here and then don't forget to head on over to Entenmann's Facebook Page to enter their awesome giveaway too!

US entrants only.
a Rafflecopter giveaway