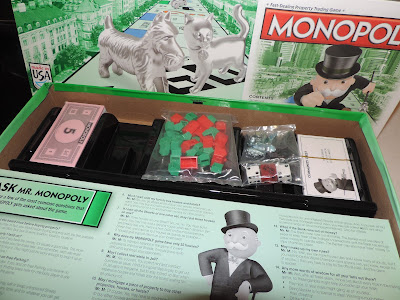 Today is World Monopoly Day, woot! The game has changed a little since I was a kid, and it's definitely gotten a lot more variations, editions, and types in its inventory (you can even play on the video game consoles), but the original classic is still my favorite!


It seems like everyone has played this game at one point in their lives, and it also seems like players have their own way of doing things too. For example...the money in the middle! Do you, or don't you? We definitely do. We go all in, putting all fees and taxes collected (unless they're paid to a player personally) in the middle. Whoever lands on Free Parking...gets the lucky pot, and oh how we all want that lucky break! :) 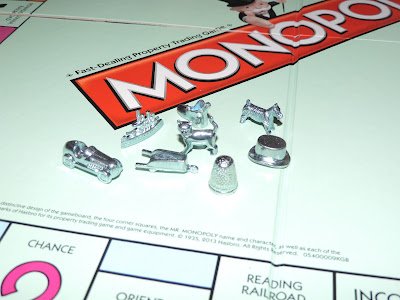 So many people seem to have a favorite token too. I used to only play the dog when I was a girl These days I'll play with any token, but I do think the latest addition, the cat, is as cute as can be. 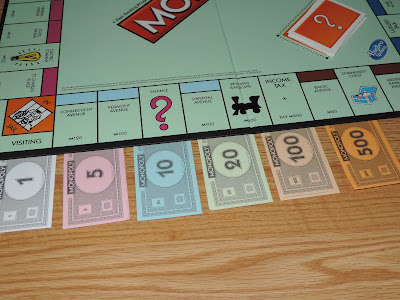 I like my money lined up nicely under the board, and when I run out of a certain denomination (notice the missing 50's), I scooch everything over so it stays neat. I know not everyone does that... 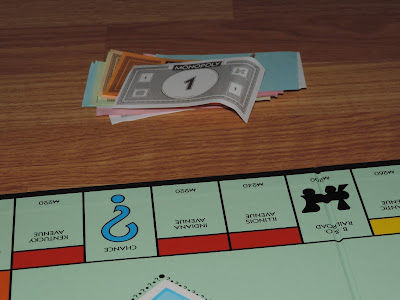 Prime example, my 8-year-old, he's definitely a 'one money pile' kind of guy. ;) 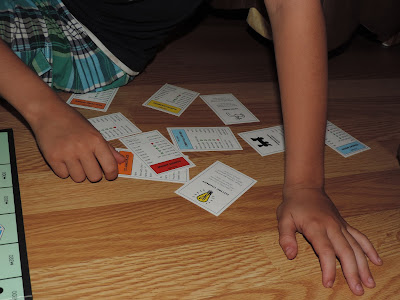 He doesn't line those properties up nicely either...but I'll tell you what, this boy kicks rear end at Monopoly! He's agressive, risky, and buys every single thing he can buy without hestiation.


He's also not beyond a little heckling while I'm sitting in Monopoly Jail and he comes to visit. -_- 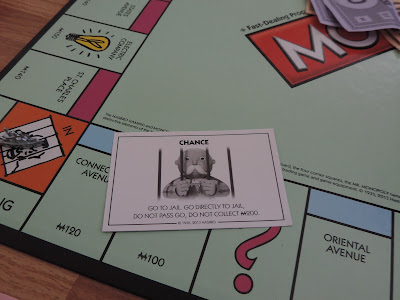 And on that note, let me just say, "Go to Jail. Go Directly to Jail. Do Not Pass Go. Do Not Collect $200" is one of the worst cards in the game, don't you think? Unless of course, it's an opponent who is getting it. ;) 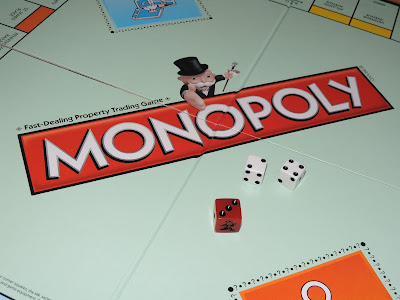 Monopoly does have a new update to it with the optional red speed dye. We haven't used it yet. I wanted to refamiliarize myself with the game as I played it growing up, and introduce it to my son in the same way. We will use that dye next time though, just to see how we like it. 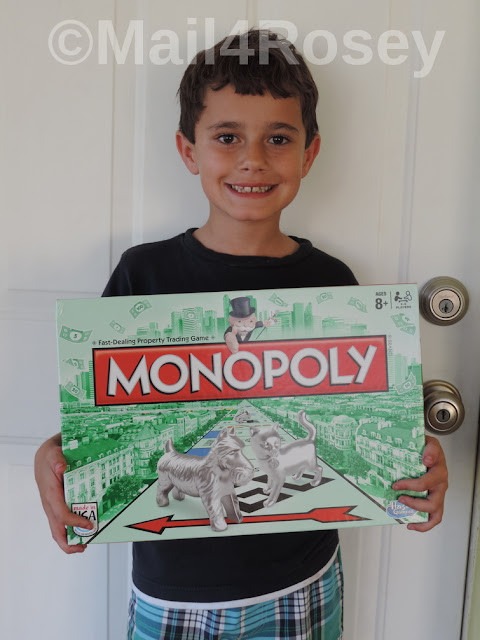 The game we played was a smashing success.  My son loved his first go at Monopoly and he's already asking when we can play again. This is a game that has staying power, that's for sure, and with good reason, it's absolutely a world favorite.