Big News in Our House Today!


Today is my son's last day in the military. Once upon a time, he decided college wasn't the best choice for him at that point in his life (though he is well on his way to an earned degree now) and he dropped out to join the Army. At the time, his college was paid for in full, thanks to a Florida Pre-Paid program we'd enrolled him in when he was a little tike, so... we thought his college was a done deal. Nothing came as more of a surprise than his enlistment. My first lesson that your grown children go their own way. ;)


I have to tell the truth, I was scared when he joined. Outside of sappy movies (and those don't count!), this gal doesn't cry much, not even over big things. When boot camp was over and it became 'real,' the tears were flowing like a river. You know, the swollen eyeballs, snotty-nose, looking and feeling awful kind of crying. And I couldn't make it stop. I'd be driving and they'd come out of nowhere. It was ridiculous. It was his safety I feared for, I think.War is not pretty, and we're sending boys overseas who aren't coming back. Honestly, there was not one part of that I wanted for my son.


And then he joined Infantry, all but securing he'd be the first to head out to the front lines. And that's the way it was supposed to go, right up until his graduation day (from boot camp). We were standing in the hot Georgia sun, where his camp had been held, congratulating him and happy to see him after he'd been gone for awhile. His items were packed and on a bus, ready to go to his next destination. Someone came over to him and told him to move his stuff to another bus, that he was going to be a ParaTrooper instead. And with no questions asked, that's what he did. We stood by and watched him... and though we were supposed to see him again later that night, I instinctively knew when he boarded that bus we wouldn't see him again that trip. And we didn't.

He did great in Airborne and again we thought he was going to go to war. A change in plans came in again, and he was instead sent to Old Guard. His primary duties were to pick up the bodies of fallen soldiers, transport them back to DC and conduct the honors/burial ceremonies for them (and others qualified to be buried at Arlington), along with his comrades. They also took care of the horses used for those ceremonies.

After a stint w/Caisson he was sent to an area I'm not sure I can discuss here. I haven't asked him, but I suspect not...so I won't, and again we were worried about his safety. A lot. By the grace of God he got through okay and the last few months he's been back at Caisson, biding his time until today. My son has earned some pretty nice awards along the way (EIB was probably his favorite because it was one of his first. I saved the screen chat picture of him holding that little bar up... I was happy that he was so proud to have earned it) and got his promotions as he'd hoped, but now he's decided not to re-enlist, and his time is done.

We toured Caisson on a visit to see him and his family over the holidays. The pictures above are from that day.

He'll soon be on his way to Florida, where he'll secure housing so his wife and daughter can come down and join him.

The Army has changed him in many ways, increasing his skills, providing him with a stable transition into adult life (he just turned 27 this month, so he was very young when he joined), and providing him with leadership abilities that will benefit him for life. I was proud of him as a boy, and now I'm absolutely very proud of the man he has become. He is tough, skilled, strong, and dependable. He is also kind-hearted, a wonderful husband/son/sibling, loving father and a good provider for his family. 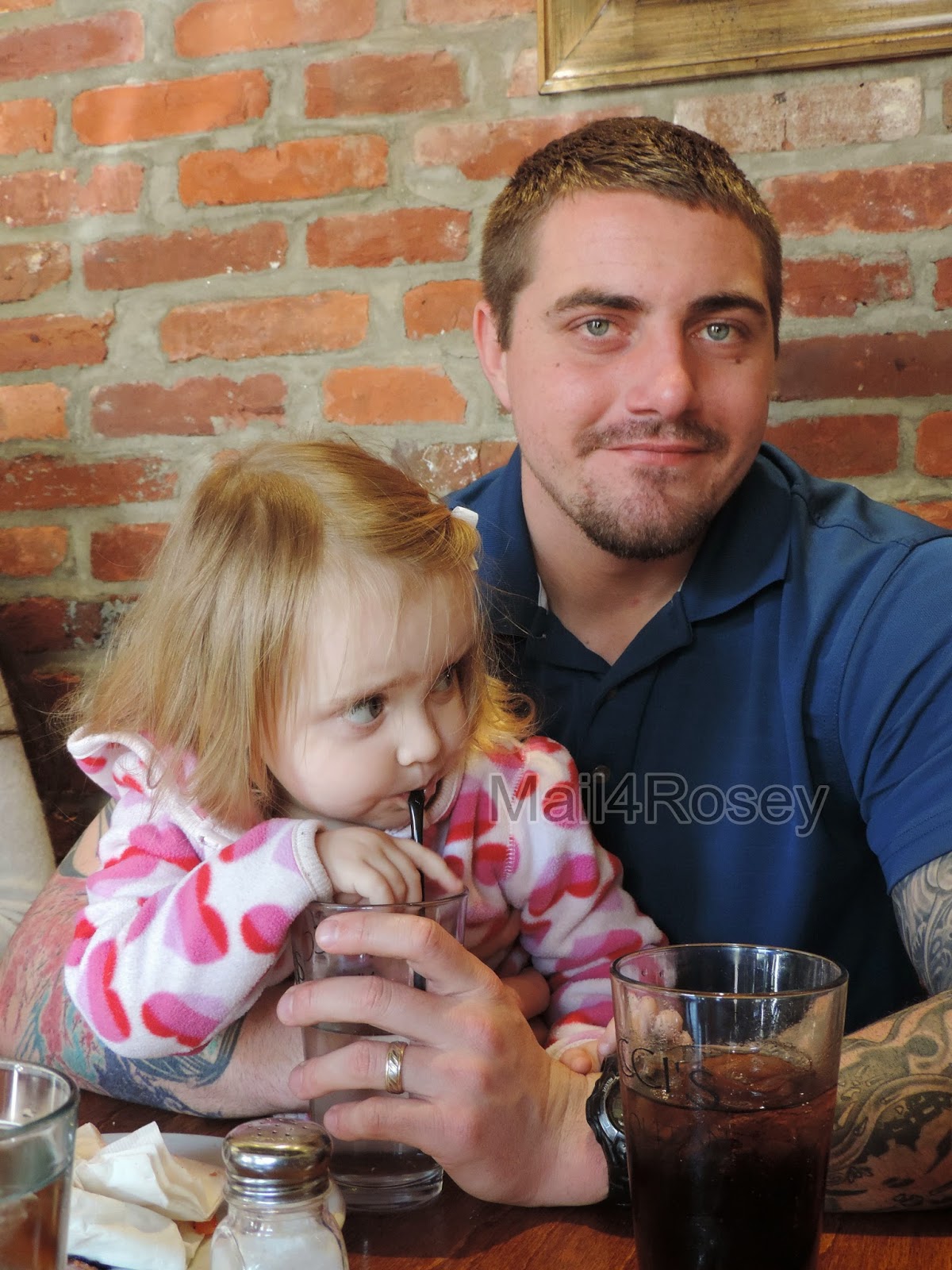 As he starts a new chapter in his life, I can honestly say the military was a wonderful move for him. I'm proud that he served. And now as he leaves, I will breathe a collective sigh of relief and support him, as always, on whatever route he chooses to take in life. The world is your oyster, son.
on March 20, 2015