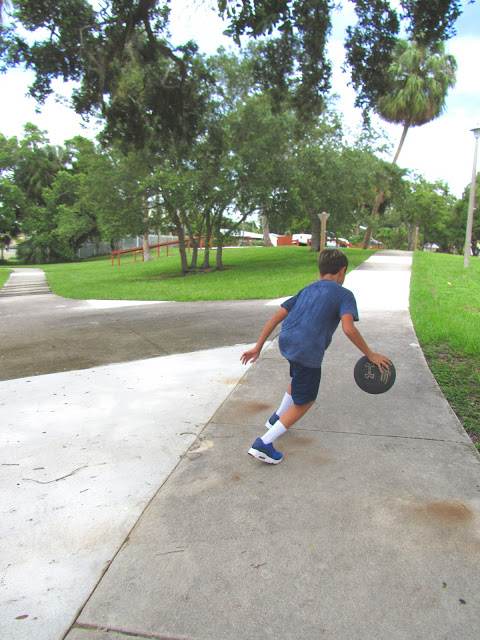 He plays a lot of basketball. He's on 2 teams: one for school and one that travels. He tries to take a ball with him everywhere we go; he just naturally reaches for it when he gets out of the car, not even considering if it would be appropriate or not. We have 3-5 basketballs in the trunk of our car at any given time. In fact, he likes to go to the basketball court after a game, if he doesn't didn't do as well as he thought he should have, just to get some more practice in. Right now he's being coached by a person who used to coach a college team; which is extremely intense and very beneficial to him. But as a mom, I'm telling you, the first thing I tell him to do after a sweaty practice or game is to put a towel down before he sits in the car, and to keep his armpits down, sealed, closed, lol. I'm not even kidding. Nothing fills the car with a stinky smell faster than a tween boy who has been playing ball for a few hours (unless maybe it's a teen boy who has been doing the same, which I'm sure I will find out soon). 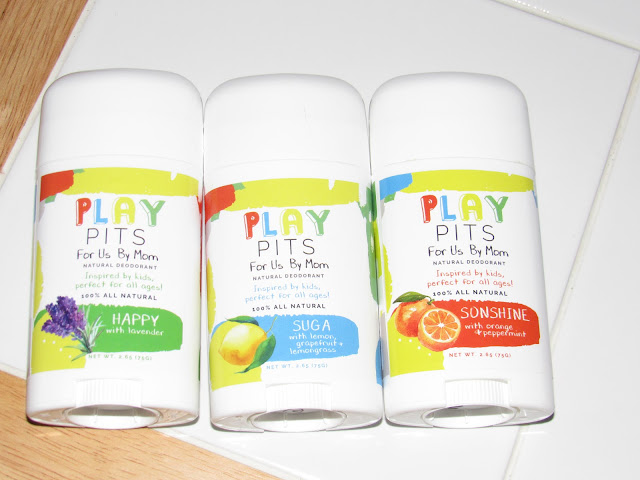 That being said, we have tried so many different kinds of deodorant and antiperspirant brands that are out there, including women's and another all-natural brand meant for adults, to curb the smell of hard work, but nothing has worked good enough to brag about until now. Quite honestly I was happily surprised that it was this: Play Pits. After so many previous let-downs, my hopes honestly weren't high. 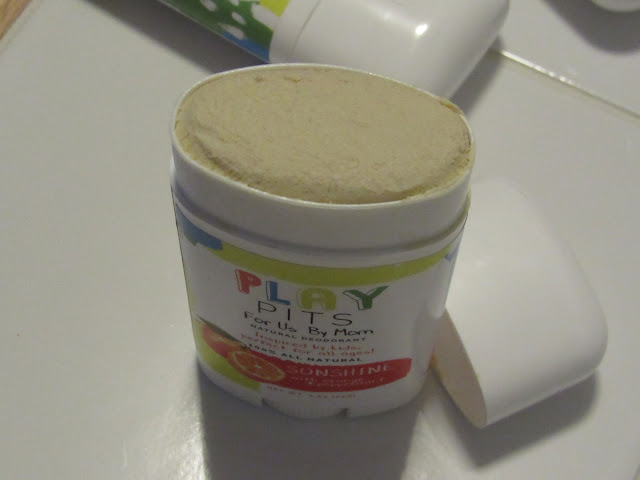 Play Pits is not like other deodorants, it is made by a mom for kids. It's meant to curb smelly pits, but do so naturally, and most important (because no matter how wonderfully it is made, if it doesn't work, quite frankly nothing else matters) is that it works well. It has passed basketball test after basketball test in our lives; both on the court, and in the gym. Finally, and hurrah!  Don't be freaked out when you first see it, it's not really designed to look or feel like others, but that's okay. It's not like others. It's better. 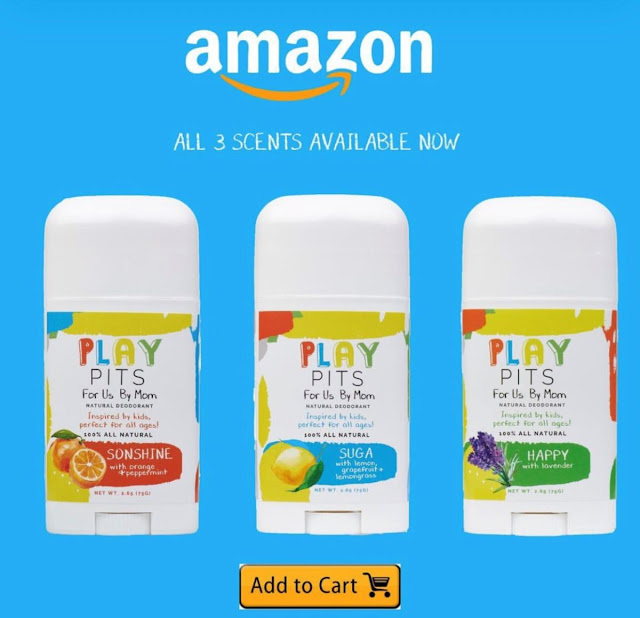 Play Pits, which is a kid-friendly, all-natural hygiene option for children with active lifestyles that is free of aluminum, parabens, synthetic fragrances and other harsh chemicals.

The brand was created by eight-year-old entrepreneur, Kameron Powell and his mother, Chantel.

Here's the backstory: One summer, while shuttling her then-6-year-old son, Kameron, between basketball camp and football practice, Chantel noticed that each time the car door flew open and he buckled in, it was clear that he was not only scoring buckets on the court but also sweating buckets under his armpits.

As a solution, they offer a safe, trusted and effective natural deodorant that’s safe for kids but strong enough for everyone of all ages.

We have been using it for a few weeks now, and it really hasn't disappointed us once. It's the first product of this type for my son that we have found that consistently works and I am happy to share it with you. For those of you who aren't shuttling around stinky pits, you might not understand, for those of you who are, I know that you do!! :)

Learn more by visiting Playpits.comhttp://www.playpits.com and you can order any of the 3 scents currently available, on Amazon.
on February 09, 2020