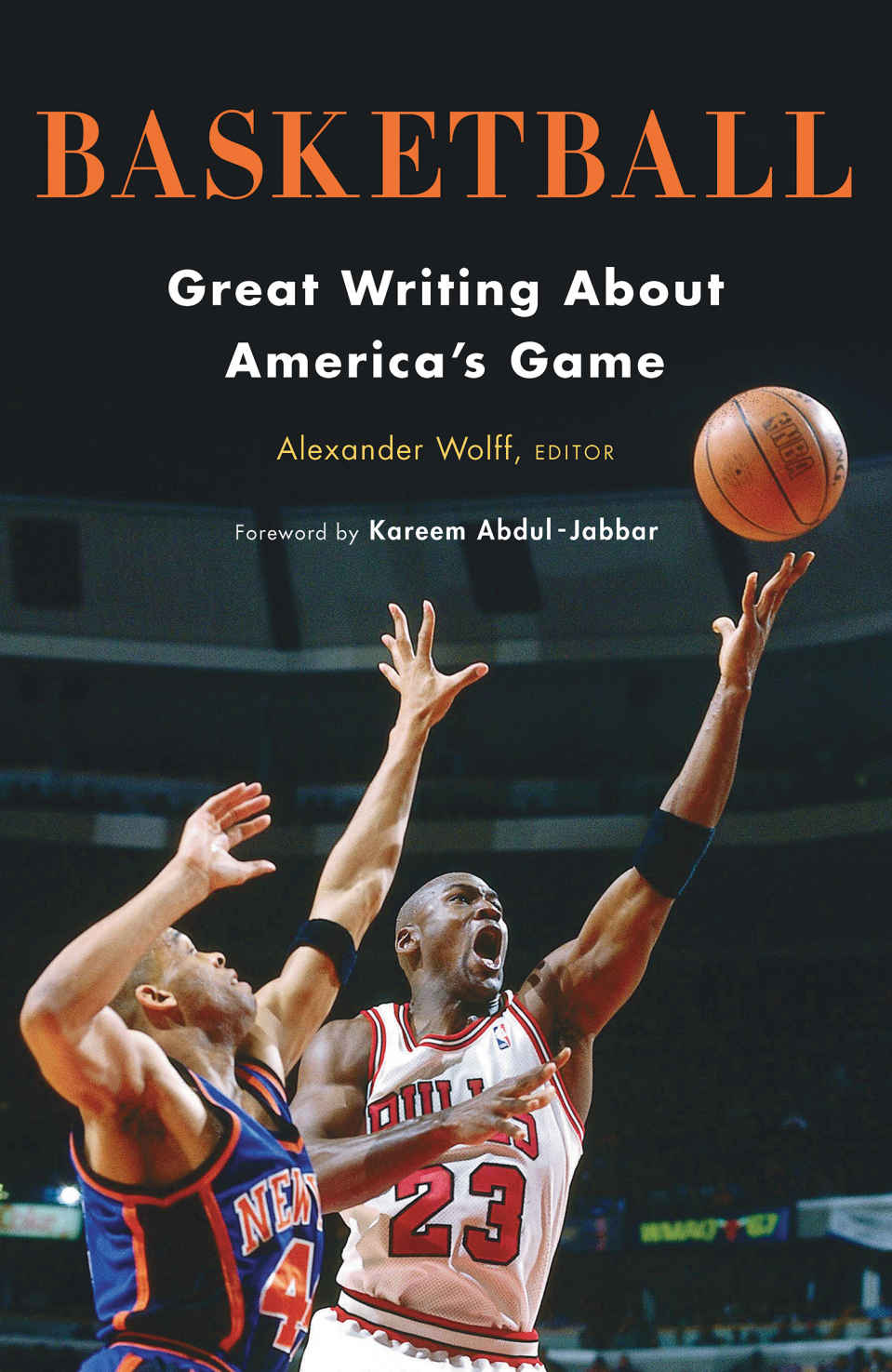 My son loves basketball and this year he will get a lot of basketballs (he goes through them like water), some basketball shoes (LeBron Jaaaaames) and a TON of books about the sport. In fact, he will get more books this year than he ever has before, but that is because he has so many of them on his Christmas list. A lot of those books are going to be about basketball or basketball players he looks up to like Stephen Curry, Kevin Durant, LeBron James, and Michael Jordan. Most of them are written in middle school format, which makes sense because he is in middle school, but there is one that I know will stand out to him: Basketball Great Writing about America's Game.

This book is hardcore, all words, no pictures and it spans 8 decades of the sport including profiles on legends like Kareem Abdul Jabbar (who also wrote the forward) and Larry Bird. It has been touted as the biggest and best anthology of basketball writing ever assembled. In addition to writing for Sports Illustrated for 30 years, Editor Alexander Wolff, who compiled this book, has also written or co-written seven other books including notable award-winners. He has also received the Naismith Basketball Hall of Fame's Curt Gowdy Media Award for lifetime coverage of the game. I have no doubt that this book he has written is going to be amazing. I know my son will be engrossed in this book on long car rides, and at night before bed. I also know it's going to be one of his most favorite gifts. Basketball lovers will appreciate this beautiful hardcover book as a gift. Learn more by visiting Liberty of America. You can also find this book online (such as at Amazon) and in stores nationwide.
on December 12, 2019