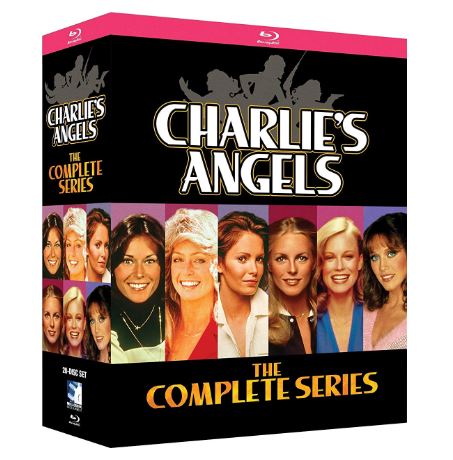 When I was little, I watched Charlie's Angels on T.V. I remember each of the girls, and I thought they were amazing. SO amazing, in fact, that I had a metal lunchbox and a ton of trading cards (which came with 5 cards, 1 sticker and a piece of gum). I know there have been a few remakes, but I can't bring myself to watch them. To me, the TV series was the real Charlie's Angels, so when I saw The Complete Series on DVD, I was definitely excited. This set is sold at Mill Creek Entertainment and it includes 20 discs on Blu-Ray, which is almost 102 hours of video. This is truly the set for the collector, or like me, the person who loved this series as a child. 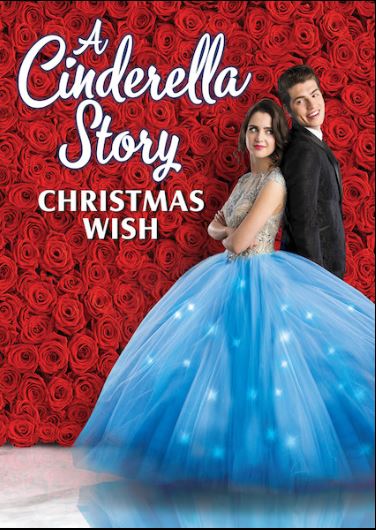 A Cinderella Story: Christmas Wish. This one I haven't seen yet, but I fully intend to, after it is opened on Christmas Day. In fact, I expect to kick up and relax for a couple of days of my break. I know I could go, go, go. Goodness knows there is always so much to do, but it's not often you get the opportunity to do nothing but relax, so I'm going to take advantage of that, if but for a wee amount of time.

Break out the mistletoe and holly and get ready to sing and dance as Warner Bros. Home Entertainment releases A Cinderella Story: Christmas Wish. Relive the beloved timeless tale of Cinderella with a modern-day holiday twist! The enchanting all-new original movie stars Laura Marano (Disney’s Austin and Ally) as Kat Decker, Gregg Sulkin (Marvel’s Runaways, Faking It, Wizards of Waverly Place) as Dominic Wintergarden, Barclay Hope (Riverdale) as Terrence Wintergarden, three-time Leo® Award winner and Hallmark Channel favorite Johannah Newmarch (When Calls The Heart, Garage Sale Mystery franchise) as the cruel stepmother Deirdra Decker, Isabella Gomez (One Day at a Time) as Kat’s best friend Isla, and evil-stepsisters Joy and Grace are played, respectively, by Lillian Doucet-Roche (The Miracle Season) and Chanelle Peloso (Syfy’s Deadly Class). A Cinderella Story: Christmas Wish will be available on Blu-Ray™ Combo Pack for $24.98 SRP ($34.97 in Canada) and DVD for $19.98 SRP ($24.99 in Canada) as well as on Digital for $19.99 SRP. The Blu-ray Combo Pack (and Blu-ray in Canada) include a digital version of the film. This is the fifth installment in the A Cinderella Story movie series, and first one with a Christmas theme. Other titles include A Cinderella Story (Hilary Duff), Another Cinderella Story (Selena Gomez), A Cinderella Story: Once Upon a Song (Lucy Hale) and A Cinderella Story: If the Shoe Fits (Sofia Carson). 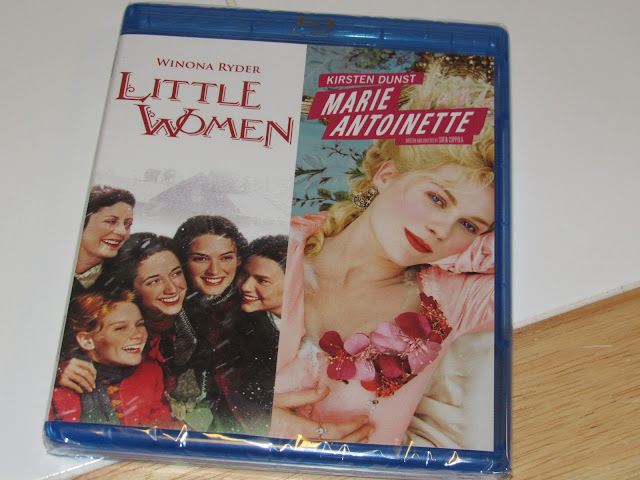 One modern take on an old classic that I do love is Wynona Rider's Little Women. I think she and the other actors do a great job in it, and I love that it brings a book I really loved to life on the TV. It's wonderful to revisit a favorite novel from my youth (written by Louisa May Alcott).

LITTLE WOMEN
Louisa May Alcott's classic coming-of-age story follows the childhood adventures of the four free-spirited March sisters: beautiful Meg (Trini Alvarado), fragile Beth (Claire Danes), romantic Amy (Kirsten Dunst) and impetuous Jo (Winona Ryder), who's determined to defy social conventions by seeking her fame and fortune as a writer.  As Jo chronicles the family's struggle during the war, their turbulent romances and their lasting friendship, her story unwraps a gift of humor and heartfelt emotions that no one - young or old, male or female - can resist.
“Alcott's sense, sensibility and sentiment find new life in this handcrafted valentine.” – David Ansen, Newsweek
On the other side of the Blu-Ray feature is Marie Antoinette. I have not seen it yet, but like I told you above, I fully intend to take a couple of days to do nothing but chillax and veg out on the couch, watching movies or doing whatever else is in the complete-relax-mode frame of mind. I'm thinking a day in pj's might even be in order. I cannot remember the last time that happened for me. We shall see... One thing I do intend to do though, is watch Kristin Dunst's take on Marie Antoinette. The only thing I remember seeing her in is the Spider Man movies, but she did a great job!
MARIE ANTOINETTE
Academy Award® winner Sofia Coppola (2003, Best Writing, Lost In Translation) directs an electrifying yet intimate re-telling of the turbulent life of history's favorite villainess, Marie Antoinette. Kirsten Dunst portrays the ill-fated child princess who married France's young and indifferent King Louis XVI (Jason Schwartzman). Feeling isolated in a royal court rife with scandal and intrigue, Marie Antoinette defied both royalty and commoner by living like a rock star, which served only to seal her fate.
“Kirsten Dunst is pitch-perfect in the title role– Roger Ebert
Any one of these DVDs would be a great gift idea for the holidays. In fact, all of them would be ideal, if you're feeling generous. I'm sure most any gal would love to find them under the tree. 💕
on December 12, 2019