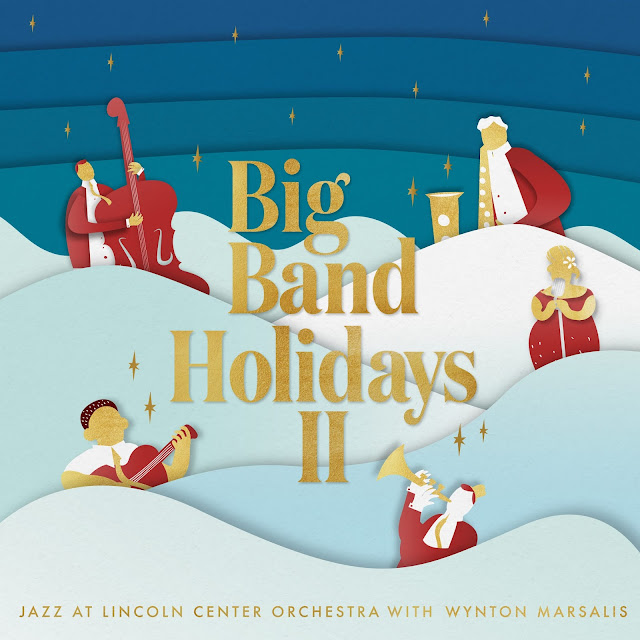 I really enjoy Christmas music. It's nice to hear the classics I grew up with and still love, but it's also nice to hear a fresh twist on those songs, which is what you get with this Big Band Holidays II CD. This particular CD has Wynton Marsalis involved, and honestly, that's all I have to say, because if he is involved in a project, you know it has to be good. The one song that surprised me on here, was "Rise up shepherd and follow." It is a song I have heard often, but many years ago. Someone I knew sang it as a solo in church. I thought the song was made just for that choir, because the director often made up her own songs for the members to sing (and her husband, the co-director created the music). I had no idea it was a song that has been around forever and a day. What a treat now, that I can get it on CD! Know someone who loves this kind of music? Pick one up and drop it in their Christmas stocking. That'll get you a big smile. :)


ANNOUNCING THE RELEASE OF: BIG BAND HOLIDAYS II
BY THE JAZZ AT LINCOLN CENTER ORCHESTRA WITH WYNTON MARSALIS

This CD is available online, including at Amazon and is sold in stores nationwide.
on December 18, 2019