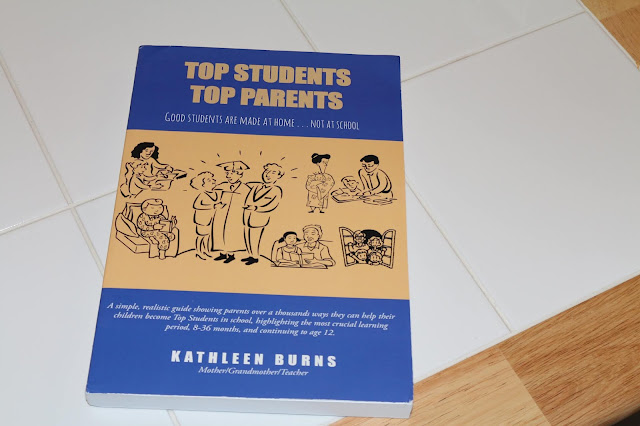 There have been times where I've said it would be nice to curl up with a good book, but there is rarely ever time in my life anymore to do so. Enter Hurricane Dorian, and voila', I found the time. In addition to catching up on some things I needed to do, I also found a couple of hours to snuggle into a pillow on the couch, with my new book: Top Students Top Parents by Kathleen Burns. An approaching storm is not the best way to find some down time, truly, but I was still grateful for it. 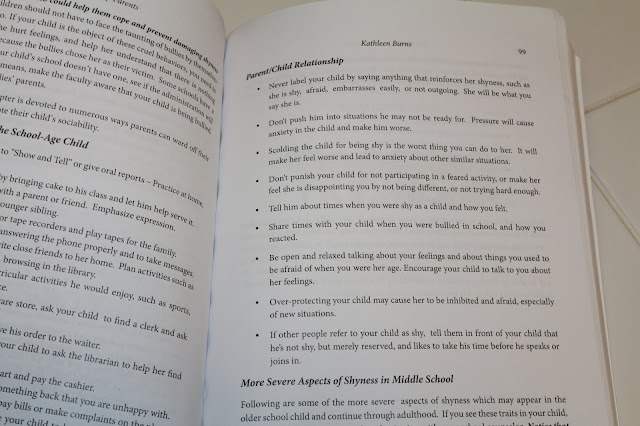 My son is a good kid already. He's amazing, smart and funny, but he's also very quiet by nature. Some people don't like it, so I feel the need to buffer for him, and say something like, 'He's always quiet,' or 'He's a little bit shy sometimes.' No more. After reading this book, I see that him hearing me say that is just reinforcing to him that I think he's different (and I do, but not different in a bad way). I am going to let him be him, and if others don't like it because it's not what they're used to, then that is their struggle, not mine or my son's.

There is another aspect of this that has creeped up recently, and that is that sometimes people are not a fan of his being quiet. Last year he had a teacher who was young, and outgoing. She was wonderful in SO MANY ways, but she expected her students to be outgoing as well, I think. We did have a parent/teacher meeting about it (before I read this book), and I did agree to encourage him to raise his hand to participate. He will answer any question you ask him (whether he's right or wrong), but he won't often raise his hand on his own to volunteer. He agreed (to go against his grain, and be totally uncomfortable, for the sake of her and me). He did raise his hand a lot for awhile, and I checked in with the teacher here and there, on a cool app she had parents download. She said he was raising his hand a lot and that frankly he seemed happier too, since doing so. I immediately knew that she was determining how he 'feels' based on how she thinks he should participate and interact. He actually feels happier, more interested and wants to be more engaged if he is left to process and learn in his own quiet way. That I knew before the book. As time and habit have it though, he shortly went back to his previous ways of quietly listening, but then he had the added burden of thinking the teacher didn't appreciate who he was as a person. That's when he got unhappy and started wanting to miss school. My child who had always loved school was now hoping to find or create ways to miss it ("I don't feel good" was a statement I heard many a'morning). That has carried over to middle school, and he always says he hates it (ugh, we're working on finding the positive). At the time, I didn't realize I was part of the problem, now after reading this book, I do.

I wish I could say things changed and he ended the year on a positive note, but he didn't. In addition to affecting him socially and emotionally, it also affected his report card. He got good grades in subject areas, but the teacher gave him all 1's on EVERY area there was for participation. His first 'bad' report card. I was downhearted and he was too. We put it aside and hoped for better, but now he's in middle school, he's struggling a little with a few concepts, especially in two of his classes, and he's quiet. I think his personality comes across as rude to some people, even though I know him through and through and know that isn't the case. Someone once told me parents make excuses for their kids' weaknesses, and I know that is often times true. But honestly, in my heart, I know that my child is not rude. He is the opposite in fact, and if people don't take the time to see what's right in front of them (a really good kid!) because they want him to fit a certain mold they think is the 'right' way to act, there is nothing I can do about it. I intend to do my part to support him, and help him learn and grow, but he can do that, being who is he, and I'm perfectly okay with it. More than okay, in fact. 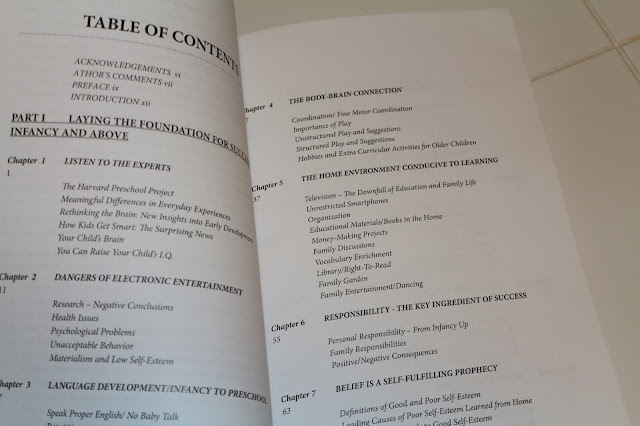 You can see from the Table of Contents that this is not the kind of book you just sit down and read for pleasure, rather it is the kind of book you sit down and absorb. I am reading it slowly, gleaning what I need from it, and moving over what I don't (not every section will be applicable) and thoroughly appreciating the insight the author has shared. As a mom of four, you would think I know all there is to know, but of course, I don't. Each child is different and there is always something to learn.  I take my role seriously because parents really are their children's most important teacher. This book is helping me learn how I can help my son be his very best at school, which includes my letting him be who he is (innately). I have every faith that it will all turn out just the way it is supposed to in the end. :)

Author and educator Kathleen Burns believes every child can be a top student. As a parent, you just need to know how to give them the help and support they need to succeed. Top Students/Top Parents is packed from cover to cover with fun and creative activities and ideas that equip parents with easy to use tools that will make their child’s education a vital part of daily living and childcare. Opportunities for learning are all around us - if only you know where to look. Top Students/Top Parents leads the way with straightforward language that cuts through all the academic jargon of so many other books. It is by far the most comprehensive guide for parents on the market today.
on September 03, 2019