Throw It Stick It and Hyper Strike from Zing Toys! 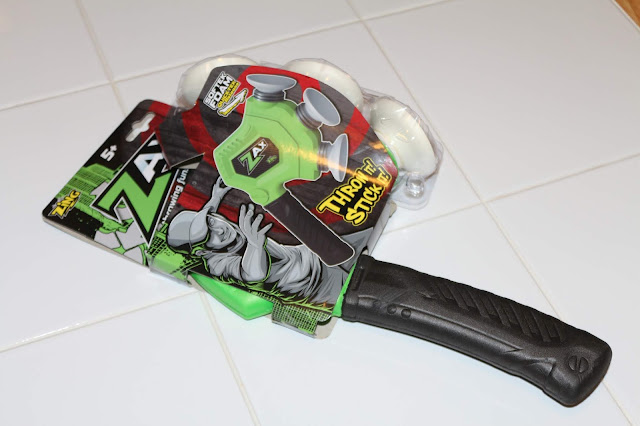 This Zax Throw It Stick It looks like a hatchet, but instead of being heavy or dangerous, it is lightweight and fun, and totally designed for kids.  My son just celebrated his birthday, and while I thought this was going to be a fun 'side' gift to add to his present table, it ended up being a featured fun gift that he can't put down! 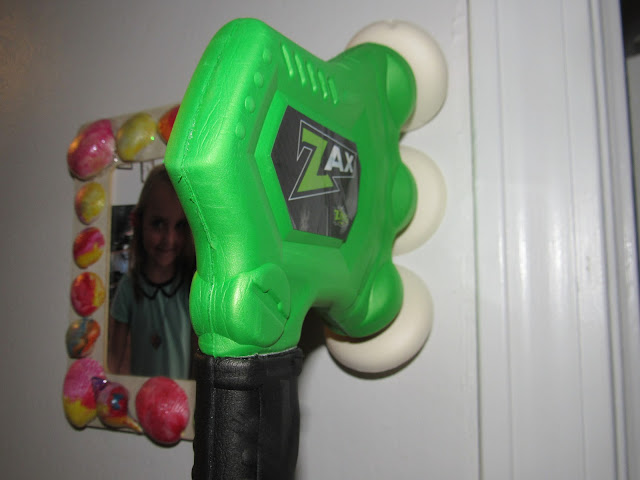 The concept of it is simple enough. It is a clever toy with three rather large-sized section cups on the end. You hold it in your hand and throw where you want it to stick (being super careful not to use one of mom's walls that has pictures hanging on it, ahem). It's easy to throw and stick (even I can do it, lol) and doesn't require any special talent. You can however, practice and give yourself range or target goals, if you'd like (we are competitive that way in our house). 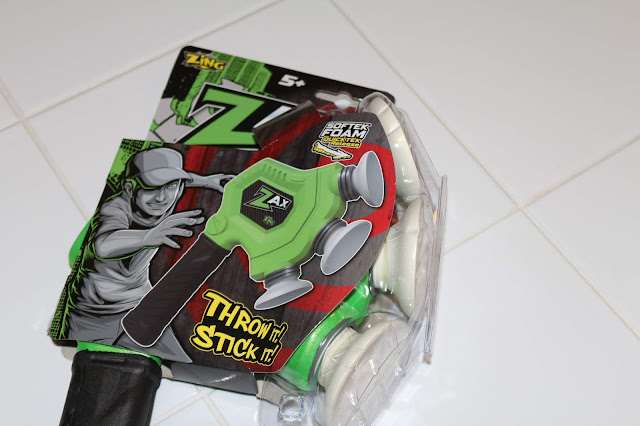 I knew my son would like this toy, but I'm really surprised at how much he likes it. He has played with it multiple times a day, since the day he opened it. This toy is a win. It's super affordable too. Last thing to note, and it's pretty important...we have used this Throw It! Stick It! many, many times and it has never left a mark or marred the walls in any way. It is designed for ages 5+ 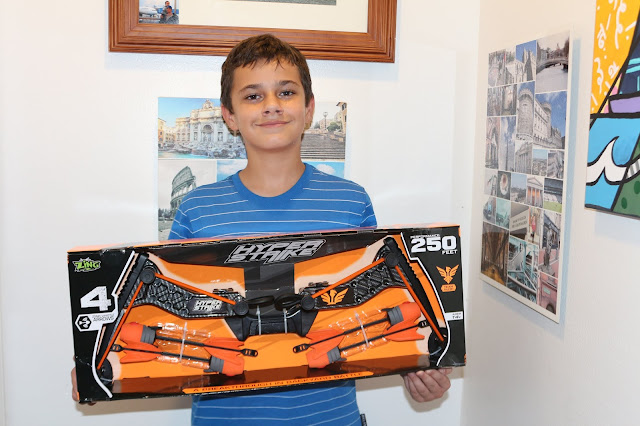 The second gift he got for his birthday that was from Zing Toys is this Hyper Strike that shoots 250 feet. I knew he would love this and be oh so happy to have it, because he has another that is similar that he enjoys to the max. He's one to 'collect' items he loves (LEGOs, Bow and Arrow Sets, Dart Shooters, shark teeth in a jar, etc.) so the more the better. He gets absolutely giddy when he can add something to his collection. 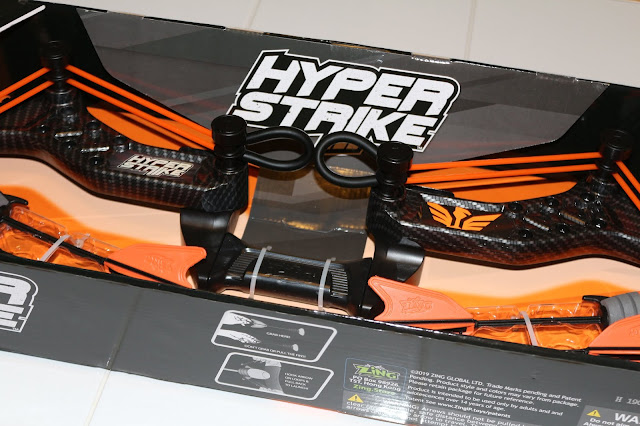 The Hyper Strike Bow is a valuable new member to his collection because in addition to looking cool, and it does look cool, it also shoots, like I said, up to 250 ft...which makes it extremely fun for hyper active (see what I did there?) tween and teen boys in and about my house who are looking to be entertained. One thing I've noticed often is that when his friends come over to play, they never complain about being bored because he does have some really great toys like this one in the house. That...and I keep great snacks stocked in the kitchen. 😏

This replica compound bow conducts foam warfare at its finest. ;) Because it has that bungee it can shoot long distances (yes, it really can shoot up to 250 ft.) and that is no joke, or hyperbole, it really does shoot that far, and believe me when it goes, so do the oohs and ahhs of the boys who are launching or watching. You know, I'm hearing things like,  'Ahhh that's sick!' Apparently 'sick' is a good word tp use these days. 😊 It has a tactical rail on it too, so you can add a flashlight or scope. It comes in carbon (shown) or camo green. You can also get a face mask to go along with it, since it does has some force and power behind it. This Hyperstrike is fantastic, and it is recommended for children ages 14+. It is intended for outdoor use.