What in the World is a Chickapig? 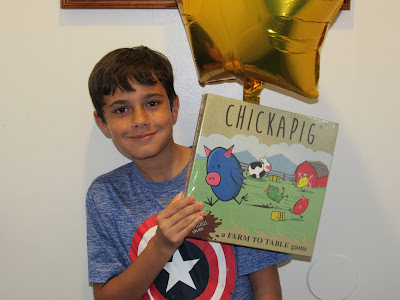 I don't know what happened the day I posted this and the karaoke giveaway post, but both of them disappeared from the blog (yet I can see them on bloglovin'). In any case, here it is again, and let's hope that it was just a one day glitch (it's never happened since I began blogging in 2012)! The game is Chickapig, and I'll be honest, I wanted it just because the boy likes pigs...BUT it's got a rich story behind it that I want to share, most notably, it was invented by Brian Calhoun, a man who creates custom guitars for rock stars. The game caught on and became popular behind-the-scenes, and now it has thankfully spilled over into the mainstream. Rocker Dave Matthews has partnered with Mr. Calhoun to endorse and help promote it, and the rest we shall say, is history. :) 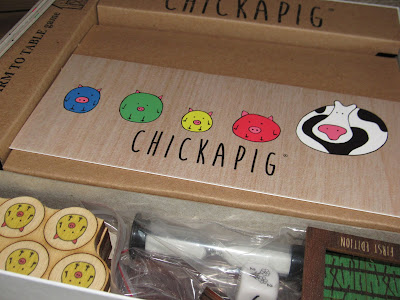 Dubbed 'farmer's chess' by some, this game is incredibly organic in look with the pieces being made entirely of wood. It really does look like it was carved out/created on a farm. The game itself entails how one might get their entire flock of chickapigs (6) across the board while avoiding obstacles (one of which is poo...because well, we are dealing with animals here). 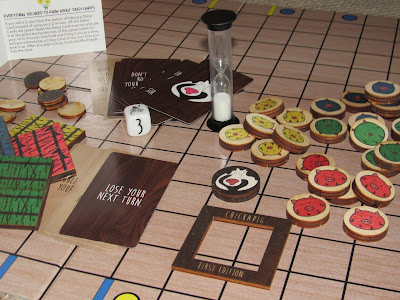 It takes concentration and strategic skills to master and win this game. The more you play, the more you come to love it. My son is at the age now where he wants to be challenged when it's game time, and this one does the trick while still being enjoyable to play at the same time.

This is an NPR clip with Dave Matthews and Brian Calhoun. Kind of cool that we get to see and hear how it worked out. This game is turning into a huge hit, and that's great, but it's also bringing a lot of people together in new, helpful and fun ways. I like it. :)

You can learn more by visiting the ChickaPig website.

New comments are not allowed.