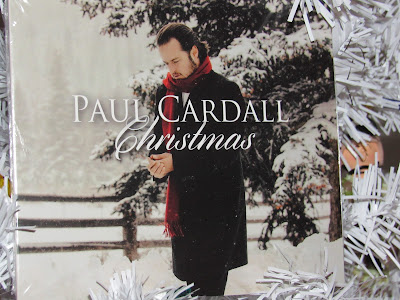 Every year we try to get at least one new holiday music item to add to our seasonal collection. This year we've added Paul Cardall Christmas, a collection of beautiful piano songs, some accompanied by singing (such as Cece Winans singing Oh Holy Night!). I pulled some of the songs up on YouTube before the holiday officially began and I fell in love. One listen to Silent Night, the way Cardall plays it, and you'll be sold too. Beautiful, peaceful, and accompanied by a lovely string assortment in the background, I think that selection was my absolute favorite out of all the gems included; and they were all gems. I'm always all-in when it comes to Christmas classics, and this is a new way for those to be played in our home. 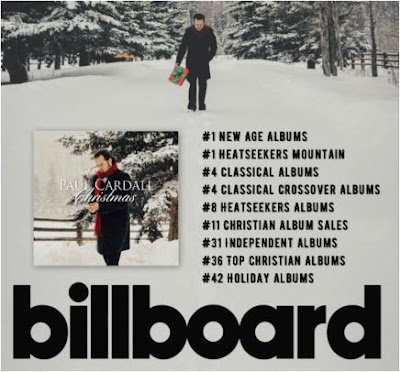 “I believe this is the first Christmas album in the classical crossover genre that captures all of the emotions people experience during the season,” Cardall says. “You’ll find 10 piano-centered classics embraced by a symphonic soundtrack in the spirit of John Williams, one of my favorite composers. The album runs the gamut of emotions. It is serene, relaxing, peaceful and inspiring, while at the same time being evocative, thrilling, powerful and breathtaking.”

This CD debuted on 9 billboard charts, which you can see in the photo above, and is the 6th #1 album for Cardall. It is surely soothing to hear this one, and like Cardall says, it does evoke emotions. For me, it brought back the soothing, happy memories that surrounded my childhood during the holiday season. My childhood was such a joyous time for me, with special thanks to my grandmother who ensured that was true, but certainly there are extra fond memories that came from the holiday season. Music was always a part of that wonder. 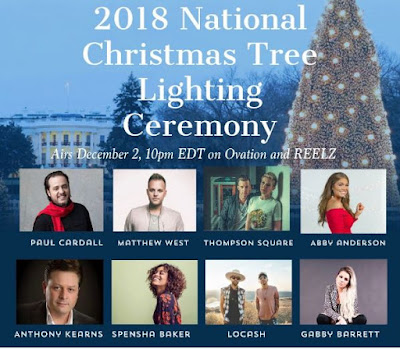 If you live in the Washington D.C. area, you may be able to see Cardall live at the national tree lighting. If not, you can catch it on TV a few days later. I know I'll be watching.

In support of the release Cardall will perform at the National Christmas Tree Lighting in Washington, D.C. on November 28. The nearly 100 year-old tradition is a production of the National Park Foundation and the National Park Service, and the ceremony will be aired on December 2 at 10 p.m. EST on Ovation TV and the Reelz Channel.

If you would like to own this CD it is now being sold in retail stores everywhere and online, or you can visit the Paul Cardall website to purchase downloads of your favorite songs or the entire album. One lucky winner will get one to call their own. US entrants only.