Disclosure: This is a sponsored post. All opinions stated  however, are genuine and my own. 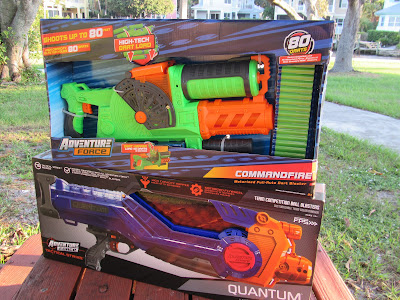 The sun was a little harsh as far as casting shadows goes, but the weather was otherwise perfect, and there was no way we were going home, we had two new Adventure Force toys to review! The design, the height/distance the darts can go, and all of the considerate features made this my son's favorite duo to date from Dart Zone (a company he has loved for awhile now). 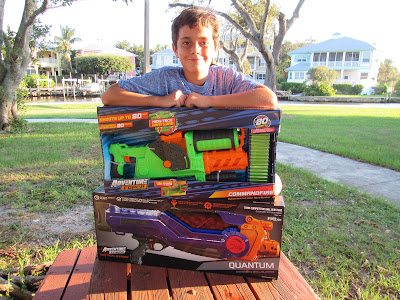 Like I said, it wasn't really the right time of day for avoiding shadows in my photos, but I took this one so you could see how big these blasters really are... my son is 11-years-old (this toy is recommended for ages 14+ but my son has been collecting these type of toys for years and knows how to, and does, responsibly use them) and you can see they are half as big as he is...and he's right on target for his age in terms of weight and height. 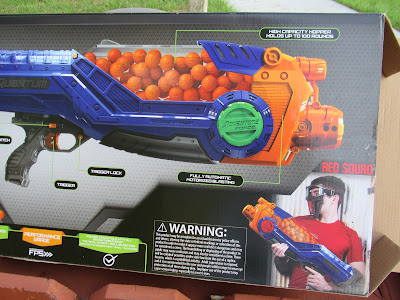 Though big, they are also lightweight and not overly difficult to hold while running around if you're playing in teams and trying to avoid an opponent. 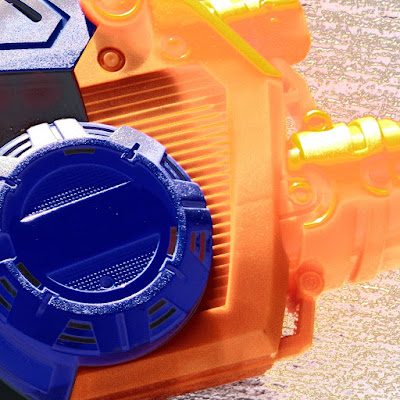 Speaking of opponents, if you are playing with a group, you can use the color-coded discs so everyone playing knows who is on whose team. They pop right into the circle on the outside, for easy identification. 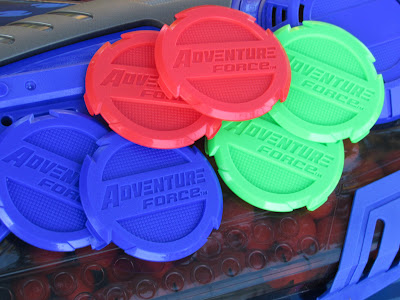 There are 3 sets of colors included. 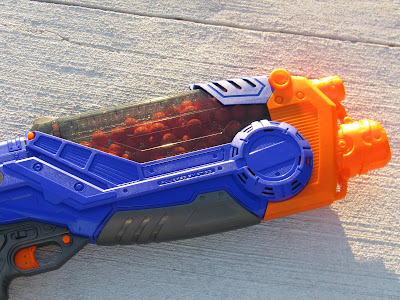 The soft round 'darts' on the Quantum Tactical Strike Motorized Ball Blaster fit easily into the top part of the toy. I love that there is a see-through shell so you can see how many you have left. I also love that they are bright orange so they are easy to find when you are through playing. Speaking of orange, the tip and trigger pull are bright orange as well, so everyone knows it's just good clean fun going on, and nothing serious. 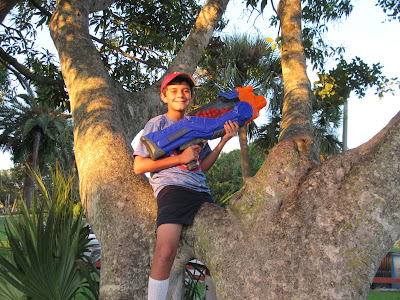 To test how far these would go, and with what accuracy, my son climbed the tree next to him and I set up targets for him to hit. You can see from the look on his face that he was delighted with my idea. I was delighted too because it meant I didn't have to run around trying to chase him, or have him chasing me, hahahaha. Method in my madness. ;) We did bring face masks with us, just in case we did try to team against one another. I recommend using a mask with the Quantum simply because it is motorized and does shoot far and fast. 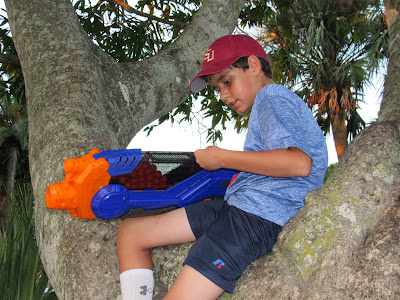 Again, the size of the motorized blaster was not a challenge because it is not all that heavy. He did try to hold both toys at once later on, and that was a tad too difficult to maneuver simply because they are too big to try and handle more than one at time. 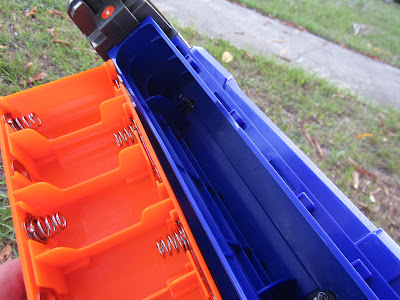 The accuracy and speed of this motorized blaster were both awesome. I suppose that is in no small part because it works on 6 D batteries (be sure to buy batteries if you are gifting...it's a bummer to get a great toy and not be able to play with it if there are no batteries laying around the house). 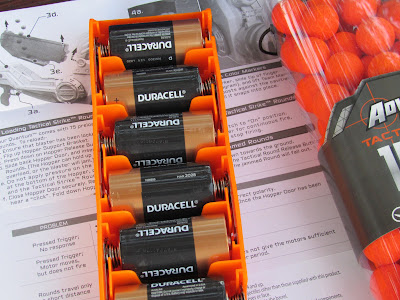 In addition to batteries, you might want to purchase the extra rounds for your purchase. 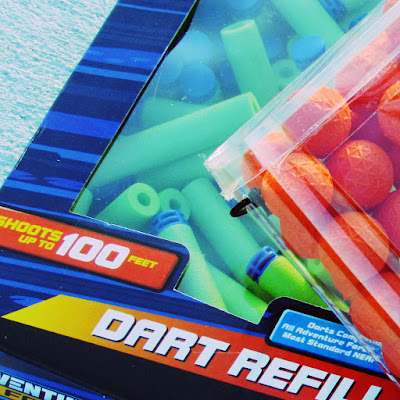 We got refill packages for both of ours. It may seem like they have enough (there are a generous amount included with each toy) but when kids are coming over with theirs to play against your child, it never hurts to have extra ammo on hand. 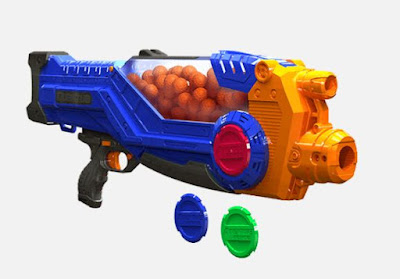 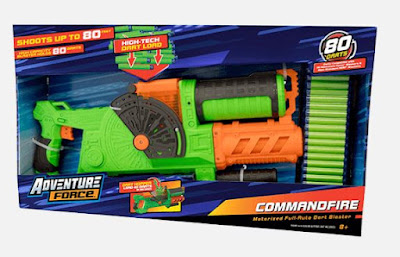 The CommandFire Motorized Full Auto Dart Hopper is also new to the Dart Zone line and it fully lives up to its hype and expectations. 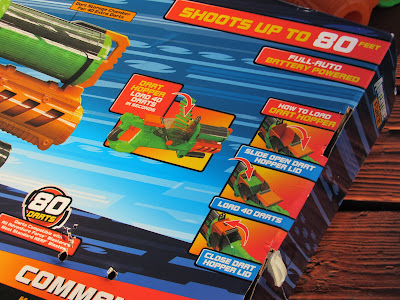 The box says it shoots up to 80 feet, and I'm here to tell you that's true. It was crazy how high this put the darts into the air, and we were absolutely loving it. 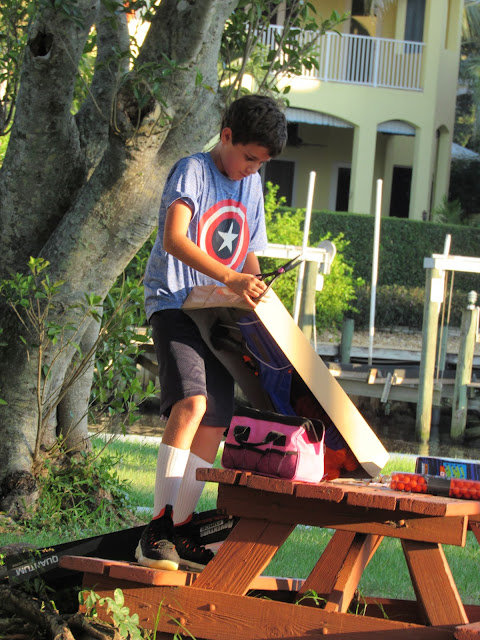 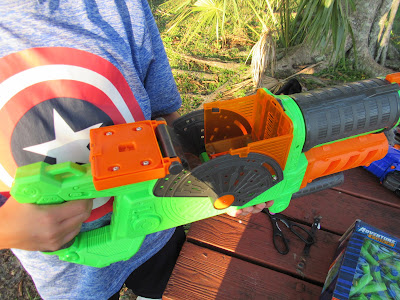 There is extra storage on this one, so you can have 40 foam darts in the hopper and 40 waiting in the additional space. 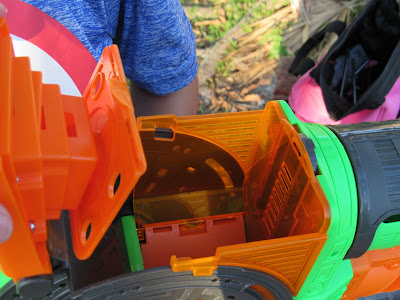 The storage space has an accordion-type door that fits nicely over the top of it, so your ammo stays in place after you've taken the time out to carefully load it. 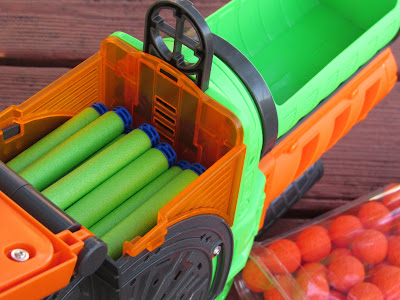 There is also an accuracy guider on the top, so you're hitting your target more times with this one than not! 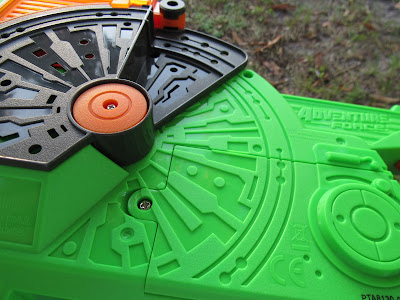 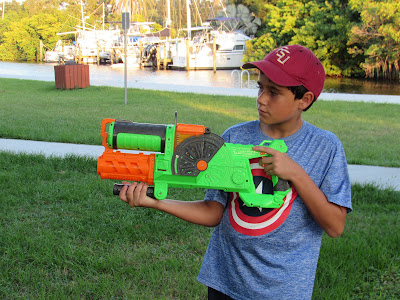 It's not quite as big as the Quantum, but it does shoot every bit as high! We shot a couple (thousand, hahaha) straight up into the air, just to see how high they would go, and boy did they fly! They were going up so high you had to wait for them to lower some before you could actually see them. 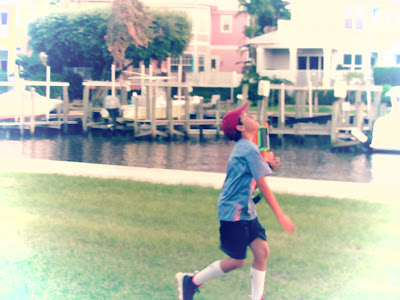 Playing with both of the new toys from Adventure Line was really a blast (ha, get it?) and we had so much fun just testing them out to see what they could do. 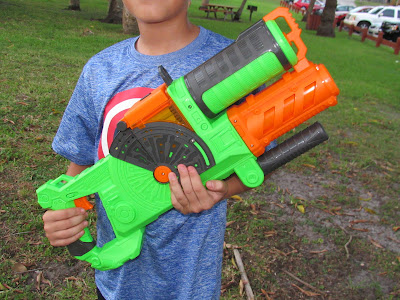 One sure-fire way to make a child happy this holiday season is to wrap one or both of these up as surprises for the little ones. Adventure Force/Dart Zone are favored in my son's group of friends, and surprisingly  it's not just the boys who want to play either. The girls get right in there hooping and hollering and laughing while they try to adhere to their homemade rules for whatever game they're playing, without tee-heeing and giggling to blow their cover. It's fun to hear them all out in the yard just being kids. 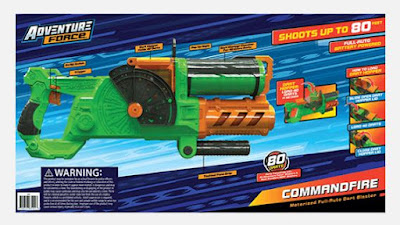 Tired of reloading one dart at a time? Adventure Force brings you the first revolutionary design that allows you to load 40 darts in seconds, leaving your competition in the dust! The high capacity Commandfire holds 80 darts, with 40 in the dart hopper and 40 in the storage compartment. The Commandfire high-tech dart loading system is matched by the blaster’s motorized full-auto firepower. Don’t forget that the Adventure Force Commandfire Motorized Full-Auto Dart Blaster Hopper is packed out with 80 of the new high performance waffle tip darts designed for increased accuracy boost.

Includes:• 1 Adventure Force Commandfire Motorized Full-Auto Dart Blaster• Includes 80 high performance darts that fly up to 80 feet• High-tech dart hopper loading system• Loads 40 darts in seconds• Holds up to 80 darts – 40 in dart hopper, 40 in storage compartment• Darts compatible with All Adventure Force blasters and most standard Nerf blasters.• Requires 6 AA batteries (not included).• Ages 8+ Sold at Walmart & Walmart.com
Could we pick a favorite if we had to? Why yes, yes we could and we did. My son favored the blue Quantum and I loved the green CommandFire. Did we though, love them both? You bet we did!!! I highly recommend Adventure Force / Dart Zone for quality and for fun.

Head on over to Dart Zone's Facebook page, where 12 weeks of giveaway are running! FOUR winners are chosen each Friday. At the end there will be a prize package that is the granddaddy of them all with one lucky winner winning everything discussed here plus a mask for safe battle.
Interested? ENTER HERE.  Good luck!
on November 04, 2018