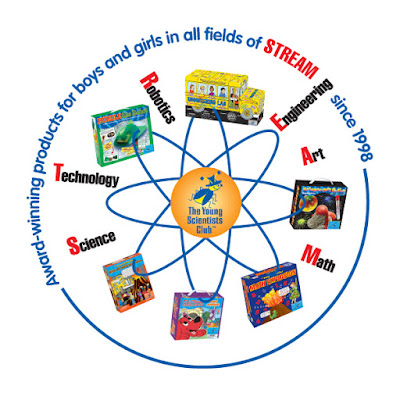 If you have been around school-aged children lately, one thing you might have picked up on is that slime, gel and goop (whatever form it's taking) are things that are all quite the rage right now. They were 'in' last year, and they're in again this year! That makes fun days at home a breeze, if you have the Magic School Bus: Diving into Slime, Gel & Goop Science Kit. 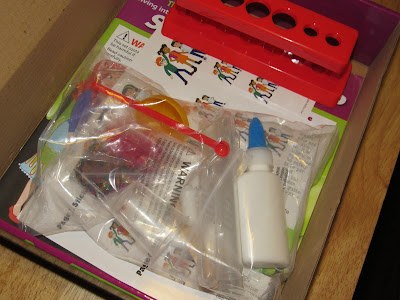 I love that everything you need to start experimenting/creating is right in the box. There is no need to go out and buy 'extra' ingredients before you can begin...you can actually get to work right away. 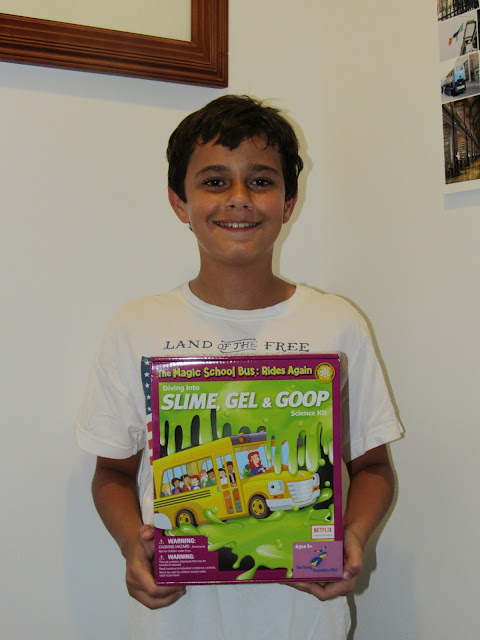 This kit is recommended for children ages 5+. My son is 11 and he LOVES it! 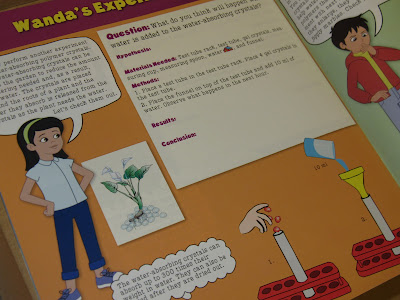 The instruction book is constructed in a manner you would expect from The Magic School Bus: it is full of gorgeous illustrations and is very detailed and easy to understand. 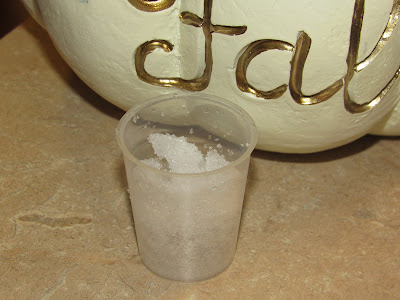 The first thing we made was snow, and we did it in very few short and easy steps. 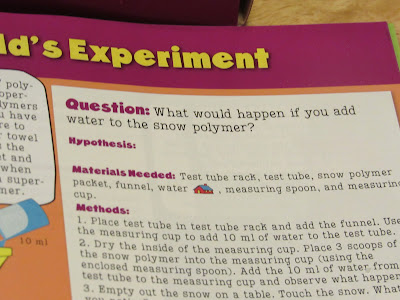 I put a close-up here, so you can see what I mean by 'short, easy steps.' 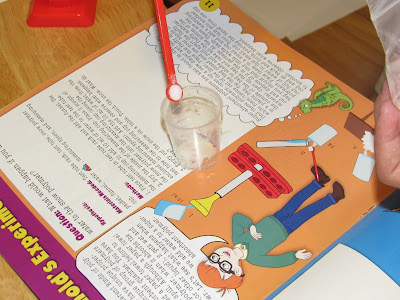 Feeling like ever the awesome scientist, my son carefully mixed, added, stirred and watched... 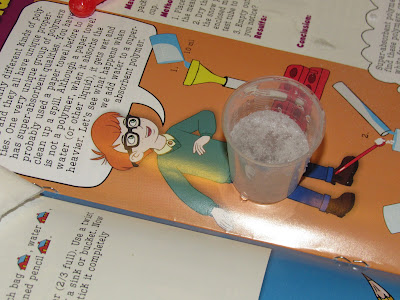 When those first few seconds passed by and the polymer began to turn into 'snow,' he was absolutely delighted. 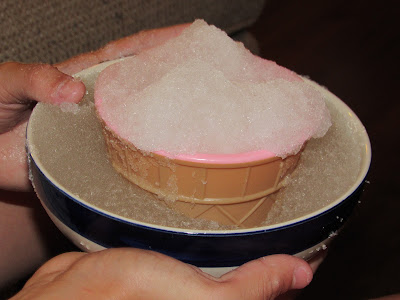 Maybe a little too delighted... hahaha In hindsight, maybe I shouldn't have let him go overboard with this one, but that's kind of the beauty of 'lab experiments,' seeing what exactly can and cannot be done as you explore with new things. 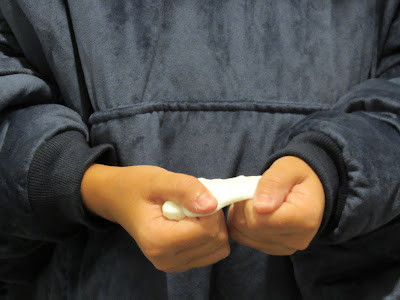 He also made slime (easy-to-follow instructions using the glue and borax). Only a small amount was needed, as he makes slime all of the time and has a pretty good handle on how to make/use it (he's definitely deeply embedded in the slime craze that is going on right now). :) 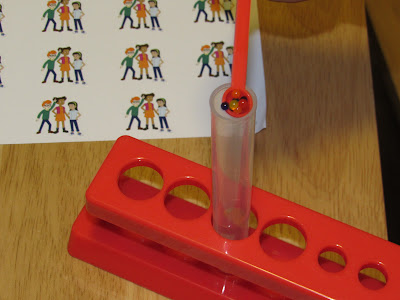 I will say though, that while my kiddo enjoyed every single experiment in the box, it was this one here that seemed to intrigue him most. In fact, we are on day (5) and he's still working on it. He keeps taking the 'finished product' and adding it to a bigger container with more water. He's trying to see just how far it will expand while keeping it's shape. So far, so good, it's gone from the small circles you see in the measuring spoon above, 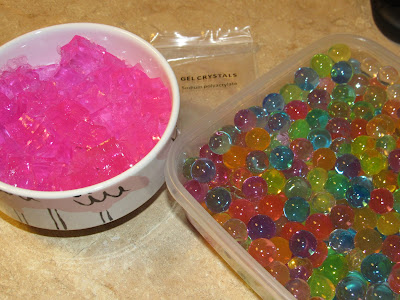 to the beads you see on the right. The bowl on the left is the same kind of experiment, but with cubes of Gel Crystals instead of balls. He is having a grand time with his experimenting and I'm thinking he will be getting another of these kits (there are many different types, not just this awesome gel/slime/goop kit) for Christmas this year. I can recommend this kit with confidence. This is the kind of hands-on fun children remember, and they're certainly learning while they play too. Props to The Magic School Bus, who has done a wonderful job, as usual.

Other Kits from The Young Scientists Club

For more than 10 years, The Young Scientists Club has been developing science kits and games featuring The Magic School Bus, based on the bestselling book series written by Joanna Cole and illustrated by Bruce Degen.   The updated science kits feature Arnold, Ralphie and the 5th grade class who “take chances, make mistakes, get messy!" Appealing kit titles like, Jumping Into Electricity and Back in Time with the Dinosaurs will introduce pint-size scientists as young as 5 years old to everyday STEM concepts.

A dozen new kits in the Magic School Bus line (each is $19.99, except the Microscope Lab which is $39.99) with the new series’ imagery available now at stores and online like at Amazon are:

The new kits are all gender-neutral and packed with numerous experiments in each box. For example, with Attracted to Magnificent Magnets, Young Scientists go on a magnetic scavenger hunt, build a compass, make magnetic slime, design magnetic faces, experiment with lodestone, play magnetic games, hold magnetic car races, and much, much more! This magnified kit includes a colorful poster with a racing track, game board, and experiment diagrams.

Which kit listed might your child like to find under the Christmas Tree this year?
on October 29, 2018