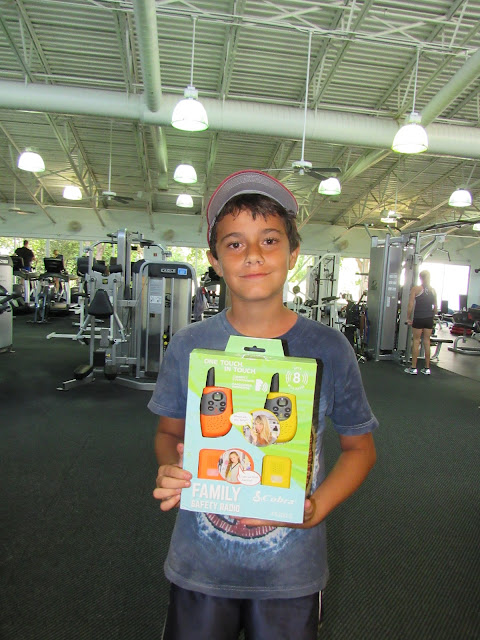 When I go to the gym, my youngest goes in the kids room and I can't see him. I am sure he is safe, otherwise I wouldn't have him in there, but an extra measure of security that we now have, and love, is the Family Safety Radio Set from Cobra. There are many features we appreciate with these radios, but the most important one is that it allows us to communicate with each other clearly, up to a 5 mile range. 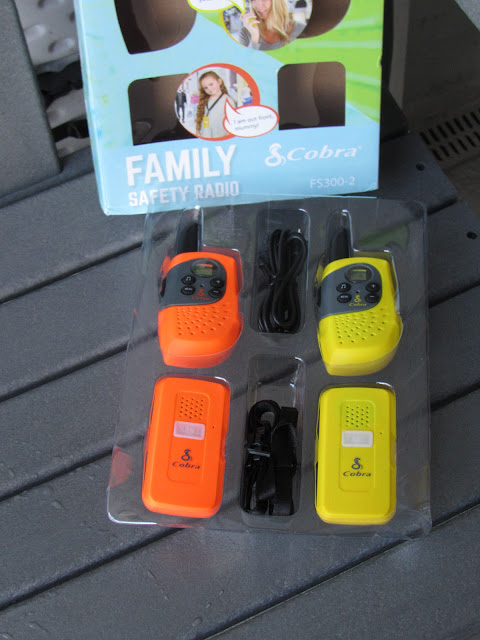 What's in the box? 2 adult radios, 2 radios for children, a charging cable, lanyards and the instructions. 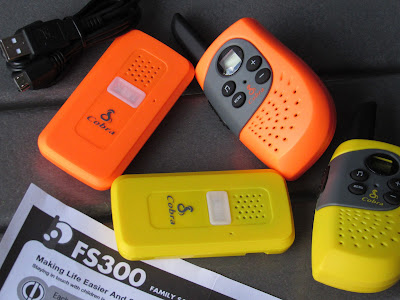 A small detail, but one that I also like is that these radios are very brightly colored, making them easy to locate (important inside, and even moreso outdoors). 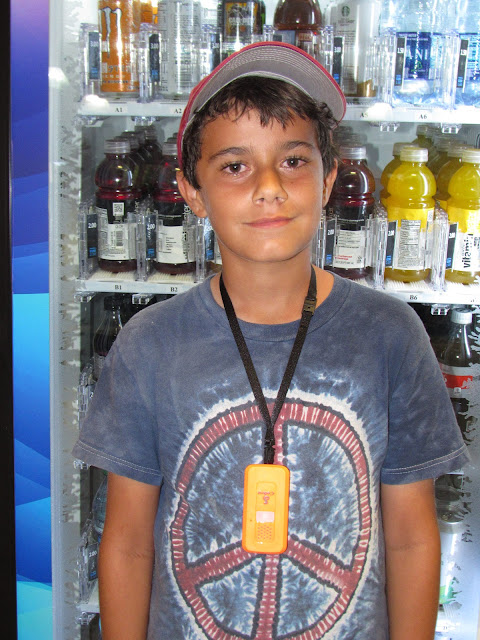 Using them is a piece of cake. The child wears the smaller one on a lanyard around his/her neck. The adult keeps the hand-held held one with them. I love that Cobra thought t put a lanyard on the child's radio, because no active child is going to be able to keep track of a hand-held for long (there's just too much stuff to do when you're out and about playing). They also took into consideration that there should be a distinct tone when there is an incoming call, as well as a light that indicates someone is trying to reach you. Oh, and did I mention, they're waterproof?!?!?!? That is a top priority for us here in Florida, where it rains at the blink of an eye. 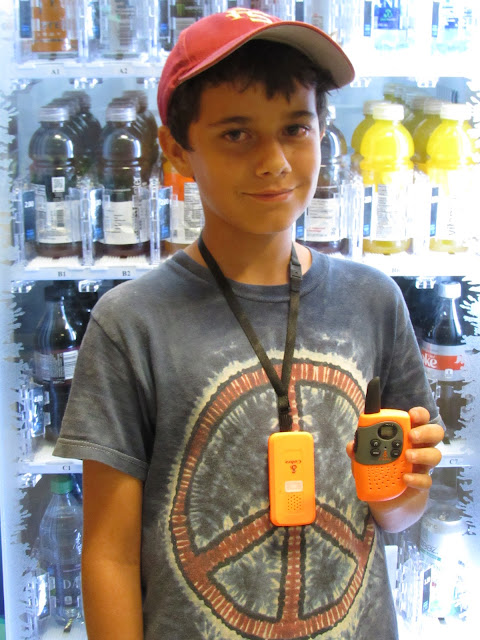 We tried it both ways, with my son using the child's radio and then using the adult radio while I wore the other one around my neck. The radio projected our voices to each other, clear as a bell which is important to note because some radios for kids can sound muffled. It's easy to use the hand-held radio as well. It operates with the push of a button just like a traditional walkie talkie, and the children's version that is on the lanyard, works by voice activation. That is awesome because your child doesn't have to know how to push the button to talk in order to use it. I'm thinking these would be so nice to have on our trip to Disney World next month. My son is getting older, as am I (my interests are not aligned with extreme go-go-go and fun anymore like they used to be), and he likes to venture off with his older siblings instead of staying with mom all of the time. Though I trust his siblings, and we communicate by cell phone when apart anyway, this would be an even better alternative because I could directly communicate with him, instead of having to call his brothers or sister to get through to him, and vice versa.


After our trip to the gym, I surprised my son with a weeknight trip to the movies (rare because we both go to bed pretty early when there is school/work the next day). He's been wanting to see the new Goosebumps movie, and I'm not a fan of scary, so he thought he wasn't going to get to go, but you know us moms have all kinds of surprises up our ruffly sleeves. ;) We used it in the theater... 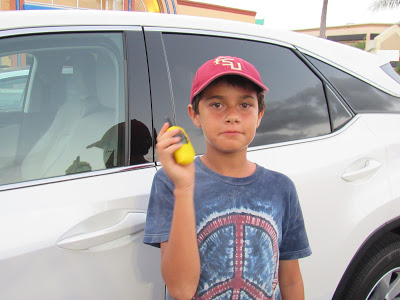 as well as outside of it, both close-up and with him by the car while I stood on the curb by the theater, so that was 3 different sets of conditions under which we used it. We also took it to the park a few days later, where my son was shooting hoops with his friends, and I was walking the trail right next to where he was, but still out of his sight at times. It worked great there too. I really like the added sense of security we get from being able to have these with us when we are out of the house. I recommend them to anyone with kids at home, or even adults if you're going hiking, camping or something similar! Scroll to the bottom of this post to enter to win a set of your own!

THere is a Giveaway!

One lucky winner will get a family safety radio set from Cobra, to call their own. US entrants only.