It's My Fault for Not Going with my Gut Instinct 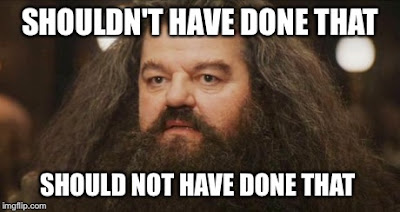 I spent over 2 hours, yes, I know that's a long time, sorting through photos and deciding which to order for my 'unlimited prints' free promotion (unlimited limit 250 prints). ;) I knew there would be shipping and handling. There was also a '10 free photo magnets' promotion going on as well, so part of my time was spent making magnets for family and friends. 3" magnets. I got all of my selections ready to go, edited and captioned and put in the cart. The cost was close to 60 dollars. Surely that must be a mistake, I thought. Nope, that was the cost of shipping and handling. -_-

I deleted everything in my cart except the magnets, which I ended up paying a little over $20 for (because you know it costs that much to mail 10, 3-inch magnets), and it left me slightly aggravated, but mostly worried. 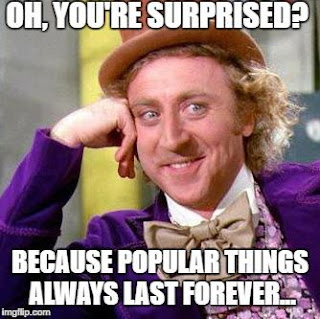 Almost everything about this company, where I literally have tens of thousands of my photos stored has gone downhill in the last few years. I've noticed it with prints. Some coming back with rainbow streaks on them like the film ink was running out, some entire orders too dark, etc. Yes, I let them know when I had problems. The customer service there used to not be needed often, but when it was it was awesome, now even that is different. These days, I typically need it when I place my orders (which have admittedly gotten fewer because of the diminished quality), and the responses now have a spin, such as 'perhaps your camera flash was not on, or your room was too dark.' Okay, that could be true, IF some of the now-too-dark pictures weren't professional digital downloads which had previously printed perfectly from their company!, AND that fact that they clearly didn't read my message well, because that was noted in the complaint. *sigh*

Then it was the photo books. Clearly the quality changed. Clearly. Yet, I tried again, just in case it was a fluke. Nope, definitely a lesser quality than they'd had years prior. Then an outside perspective came in when my mom asked me if I could get her a photo calendar from the 'old company' I used to use, instead of the 'new one' I had used the last two years (for her annual photo calendar gift). I told her all of the calendars came from the same place. She said she used to love the calendars, but now the letters were hard to read, and the entire quality wasn't near as good. Again...*sigh*

So, why worry? Why not just switch companies? Because despite my initial worries of online storage (many years ago), they became a company I trusted. Everything they made was spot on, and high quality, especially the prints. I began to store my photos with them as a given. I even scanned and stored old photos (pre-digital days). Now with all of these changes, no matter how big of a company they have become, I worry that they are going to fold...and take my pictures with them. Do you know how many hours of downloading and saving it's going to take me to save those precious pictures elsewhere? Tons. Tons of time that I honestly don't have, but am going to have to find. I know, I did it to myself. My initial red flag years ago, was that it's dumb to trust an online source with such precious items. But I duped myself, and began to trust them, and then store my photos there, and only there. It was convenient and it didn't eat up all of my computer space. If only I'd have gone with my gut instincts and saved them to an external hardrive instead. 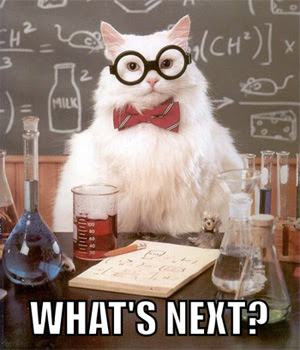 Live and learn. I'll start the downloading process, and hope they stay alive long enough for me to get through it, because it's going to take many months if not longer, for me to get through them all. And I'll save to an external hardrive (which I will also back up) as well. It's just such a pity there's not an easier way to transfer the pictures. The writing is on the wall though, and it'd be a tragedy for me if they closed, and I did not take such measures now when I have the chance to do so.

Why am I beefing about it here, when I usually do not write negative things at all? Because if the writing is on the wall for you too, and/or you're skeptical about storing your photos online, now is the time to take action. Be proactive and get your photos stored to a safer place, especially if your online source is the only place you have them, or you really do face a bonafide risk of losing them permanently.
on March 18, 2018