We live in Florida, which many refer to jokingly as the 'lawsuit state.' While that may or may not be true, I do think the fact that there are so many people here attributes to the fact  it may seem like more people need lawyers than seems typical. If you find yourself typing these words into your computer's search engine,  personal injury attorney Tampa, you know it doesn't matter what the reputation of your state's legal recourse might jokingly be referred to, it's time to get serious and find the high quality representation that you need. You'll want an attorney who can offer a personalized touch; someone who makes you feel like you and your case matter. You'll also want to hire someone who is very competent. Personal injury is no joke, and you only get one shot to win that case in court, which can determine so many things for your outcome. Will your medical bills in excess of your insurance be paid? Will you receive retribution to help cover the time off work you might have had to take? These questions and more are not just anomalies when you get hurt, they can absolutely be life-altering decisions for you, depending on the severity of your accident. 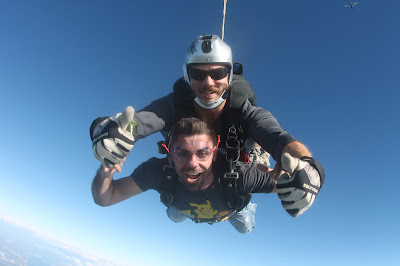 As some of you know, my second oldest (who will be 25 soon) was in a motorcycle accident a few years back. It was serious, and it wasn't his fault. To this day, his life has been completely and utterly altered in a way that affects him every single time he sets about to do something intense that is physical. Skydiving? Yep, he recently did it, but he's got aches a young man his age simply should not have. Another example...he used to skateboard quite a bit as a kid. He thought his little bro might like to take up the sport, and purchased him a new board about a year ago. We went to a skatepark with ramps and rails, and after a few minutes he had to get out there and give it a go. 20 minutes in, and he was limping and having a hard time standing up straight. In his mind, he still has a healthy body. After a short amount of time, he doesn't have the physical strength to keep doing such things though, without really aching. He has a messed up knee, back and shoulder. And he's stubborn. Not a good mix because he will stay out there and keep playing, long after the time has come and gone for him to have done so. This was again evident in December, when his brother got a trampoline for his daughter. I have mixed feelings. He's young, he likes to have fun, I totally get it...and maybe it's just his mom thinking/talking, but he's got to take care of his body too! He's going to need it for a good long while.

His court date? He had one. He got most of his medical bills paid. He got enough compensation to cover most of the cost of his broken bike. He did not get what would be considered 'fair,' even though there were cameras rolling that proved he really wasn't at fault. It should have been more...it should have been all of his medical bills, all of the cost of his bike, and compensation for the time he was hospitalized and then at home unable to work for a bit, with gravel and grit embedded in his body. He couldn't even use the restroom on his own. It was a tough time. 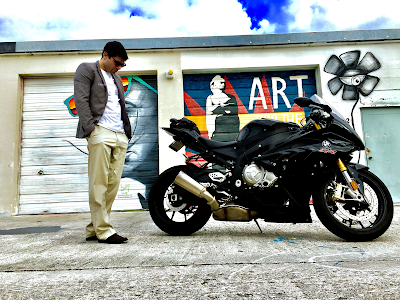 We all rejoiced that he was alive, that was what mattered the most, and that he was going to recover well, which he did. But like I said, he's stubborn. He cut his bed time short, and got back to work way too soon. He had to pay the bills...when that happens, you go to work. If he'd have had the financial compensation to stay home while he recovered, that would have been better for him, I'm sure. Maybe he would have healed better. Maybe he could have gotten the knee surgery they said he had to have, but his insurance wouldn't cover (and he JUST missed being insured by ours!).

He did buy another bike after that accident, which he loved. Then one day he surprised us all, sold it and purchased a pick-up truck. Hurrah for pick-up trucks!

If you're on the west coast of Florida, and find yourself in need of looking up auto accident attorney Tampa, be sure to find the right attorney for you. That one court day matters more than you might know.
on March 14, 2018