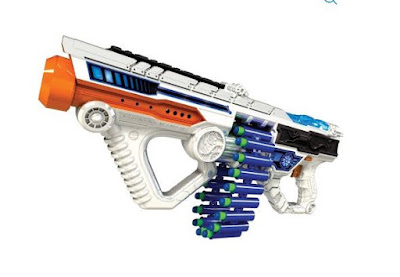 Recommended for ages 9+, the Adventure Force Light Command is a motorized blaster the kids are going to love! It is also a gift that has made the top rated toys (by kids) at  Walmart. This is the kind of gift you know a child is going to enjoy because it not only has all elements of fun, but it also is motorized and it lights up. Instant bliss for my 10-year-old boy. ;) 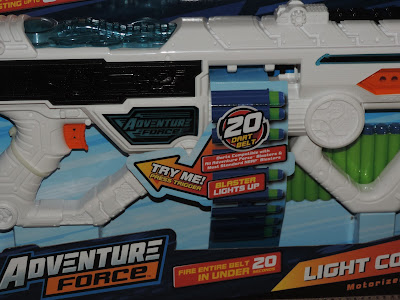 The dart belt holds a good deal of your foam blasters, and because it is motorized, empties them in under 20 seconds. Ha! Now you've got the upper hand in a backyard dodge the dart war. ;)  Extra darts are included... lots of them, which makes this mama really happy! The grip is textured on the outside for a non-slip hold. Important when you're on the move because this is a blaster you don't want to drop! 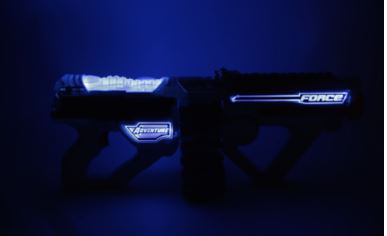 The top of this beauty of a device lights up giving it a really cool look and allowing you to play not only during daylight, but also in p.m. as well  (batteries for this part are included, batteries for the motor are not). This is a welcome gift under the tree this year, or a good toy choice to buy, any time of the year. Learn more by visiting your local Walmart, Walmart.com and/or Amazon.

One lucky winner gets one to call their own. US entrants only.

a Rafflecopter giveaway
on December 20, 2017