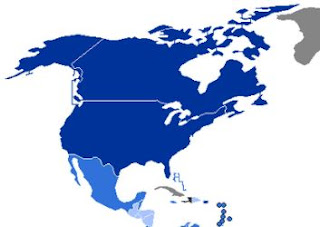 Business Management seems to be more cognizant of how they can help with sustainability in all ways, shapes and forms. That interest has stretched beyond simple recycling and trickled all the way down to the most basic, yet complex area: development. Of course this was bound to happen. As bad as we are to our world, we always seem to find a way to recover and help bring about positive change. What better way to initiate change, than from development on up? According to Marty Stallone this does not come without it's challenges, the primary one at this point in time being that it is extremely difficult to incorporate 'smart city' principals into existing infrastructure.

Does that mean it's impossible? No, of course not! The United States has proven it's ingenuity and skill sets over and over again, especially when there is something vital on the other end of it, like energy conservation and environmental sustainability. Development covers both in an all encompassing way.

Word has it in social media and public news that some famous people have already taken steps to make the places where they live 'Smart Homes.' Leonardo DiCaprio is one we see in the news quite a bit, for taking steps to make his home truly 'smart.' Kudos to him. We see stories about making homes smart in famous magazines like Fortune. So the awareness factor is there. The care factor, I believe, is there too. Those two things alone are enough to get the ball rolling. And you know once a ball starts rolling, if given enough momentum, is sure to keep on going.

With these things in mind, I rhetorically ask Isn't it only a matter of time before hurdles such as affordability, access and knowledge are approached, worked out and eventually resolved so that this concept can become more attainable for the average American? And if so, isn't it only a matter of time then, until such measures are also considered first and foremost during development? My guess for each of these questions is a resounding, 'yes!'

Many may say this is not something that is in our very near future. That the concept is futuristic, unrealistic, or comes with too high of a price tag. Like Marty Stallone has noted though, it probably isn't as far in the future as we might think. Think back to many of the things around us that are prevalent today that weren't even in existence just a decade ago. The ubiquity of cellphones? Laptops? Tablets? EVERYTHING being online? I could go on. Changes sometimes come fast; faster than most people would anticipate. I think smart developing is going to be one of those things. Do you?
on November 24, 2017