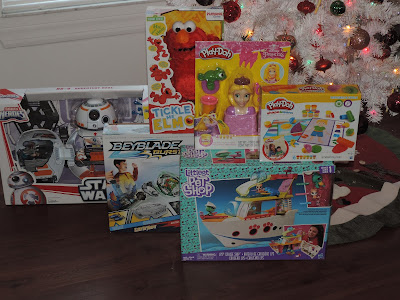 We took our annual donations in for the local area kids who aren't lucky enough to have a lot of presents under their tree (or sometimes they don't even have a tree). We don't skimp when we donate either. We want these kids to have at least one (hopefully many, many more than one) Christmas where they remember specifically how they felt on the big day, because they had an awesome surprise waiting for them. We all have at least one childhood memory where a holiday gift caught us by surprise and left us feeling all warm and fuzzy. Mine was a giant stuffed white polar bear. I had no idea I was getting it (which was unusual because I was a present snoop!), so the element of surprise made it a real happy memory-sticker. That's the kind of presents I like to give, and to Hasbro (trusted and true!) is where I always turn. 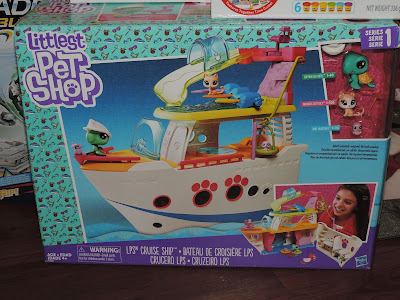 Why Hasbro? Well besides quality, there's the popularity factor. What little girl wouldn't like the Littlest Pet Shop Cruise Ship Playset? Filled with lots of little considerations to fuel big imaginations, this is the kind of gift that you want to find wrapped as a big surprise underneath your Christmas Tree! 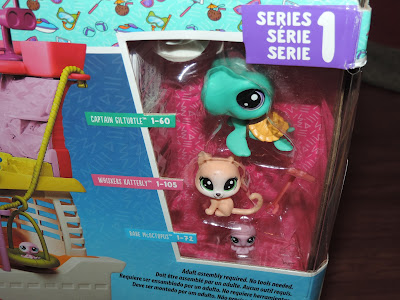 With little figures included, playtime becomes even more fun. I know for my niece and granddaughter who are the perfect age for this type of toy, it's the figurines that make all the difference in the world. :) 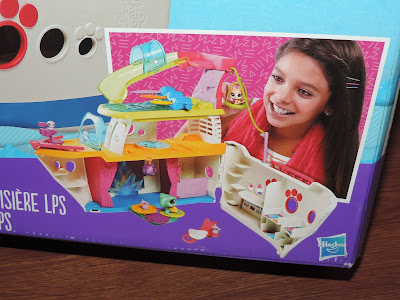 Ages 4 years & up
It’s time to set sail and embark on sea worthy adventures with the LITTLEST PET SHOP CRUISE SHIP playset! Kids will love to imagine the Sea Turtle at the helm, directing the cruise ship and its passengers to a destination of fun! This vessel is equipped to take up to 30 fun-loving pets (sold separately) on the vacation of a lifetime! Bring your pet pals along and imagine a trip filled with rock-climbing, surfing, zip lining and more! Whether kids pretend the pets are enjoying the view, taking selfies on the disco floor, or zooming down the water slide – there is lots to imagine for their pets! When you’ve reached your destination, close the playset for easy storage and carry and go play. LITTLEST PET SHOP CRUISE SHIP playset includes three classic scale pets and themed accessories. Available at most major toy retailers nationwide and on HasbroToyShop.com. 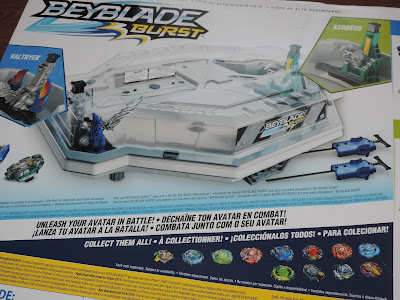 This huge Beyblade Burst set is a Hasbro toy my 10-year-old would love. Beyblades have been popular at his school and among he and his friends for a few years now. I like toys that have stick-to-it-tude. I am far more likely to indulge in spending if I know the toy I am buying is going to be used for a good long while. 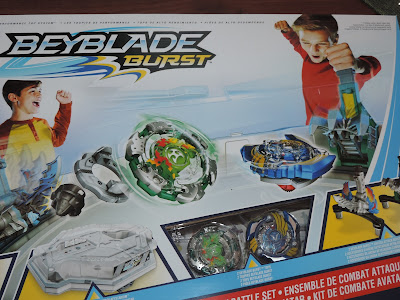 The kids can play these alone or have competitions with each other. That makes this an ideal present for a house that has two or more kids around the recommended age group to play. Beyblades are fun, and this Beyblade Blast kit is sure to be a welcome addition to your home on Christmas morning. 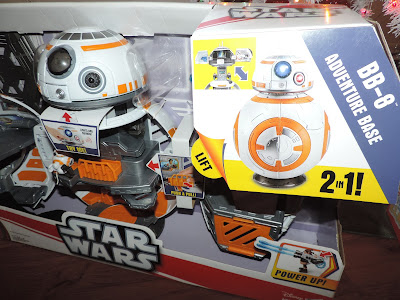 This Star Wars BB-8 is so awesome I went out and picked up one for my son too. He has no idea he's getting it, but this kind of toy is right up his alley. Full of fun ways to be imaginative, it opens up to an Adventure Base, or closes to look so cute (isn't it cute??). It has lights and sound too, which always adds to the fun of a shiny new toy. 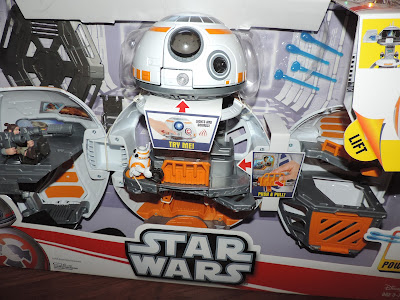 Intergalactic action awaits with the STAR WARS GALACTIC HEROES BB-8 Adventure Base! Young Jedi can choose from two modes of play: close the playset for the droid mode or open it to reveal a world of adventure. With exciting features including projectile launchers, multiple catwalks, a vehicle landing pad, a jail cell, and more, kids can have epic lightsaber battles to save the galaxy. Extend BB-8’s telescoping head to reveal a hidden level for even more adventure! Adventure Base includes BB-8 figure and REY (JAKKU) figure with removable power up arms that snap on and off for more ways to play. 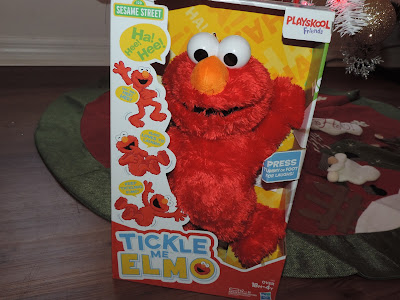 Tickle Me Elmo has been a classic for years now. Remember it's introduction year? You couldn't find one around it was so popular. It was definitely the big 'it' toy. The fact that it is still around, and very well-received says a lot for both it's quality and it's fun factor. This is a great gift to give one of the littles in our life!

HA! HA! Hee! Hee! Elmo’s hysterical laugh is back! The magic of TICKLE ME ELMO returns—reimagined for a whole new generation of fans! Little ones can start the hilarious fun when they press his tummy or squeeze his feet. First, they’ll hear Elmo’s contagious giggle. When they continue to squeeze and “tickle” Elmo, he laughs harder and harder until he starts to move and shake! Children can’t help but giggle along when they hear his funny sayings and hysterical laughing sounds. TICKLE ME ELMO is as silly, cuddly, and lovable as ever! He’s funny! He’s furry! You can’t put this giggle monster down! 2 AA demo batteries included. 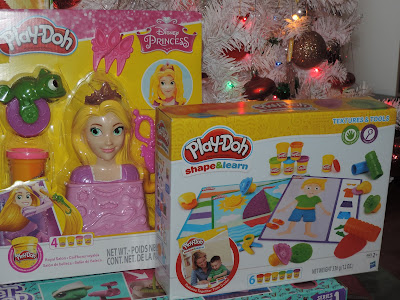 What Christmas would be complete without a Play-Doh gift under the tree. We've selected two. The Disney Princess Set, where kids can use the Play-Doh to make Rapunzel's hair have flowing locks that you can style in multiple ways, and The Shape and Learn set allows you to roll, shape and play, making fun designs. Play-Doh has been around for years, and there's a good reason for that... it's fun, and kids of all ages love to play with it (the adults do too!).


RAPUNZEL, RAPUNZEL, let down your hair! Imagine all the glamorous PLAY-DOH possibilities for everyone's favorite longhaired princess! Turn the crank on the styling head to grow PLAY-DOH hair and add braids with the PASCAL roller! Use the rest of the accessories to snip, style, crimp, and curl RAPUNZEL’s hair any way you want! Includes RAPUNZEL styling head, PASCAL roller, scissors, comb, brush, three cans of PLAY-DOH compound and one can of PLAY-DOH SPARKLE compound.

Encourage curiosity and creative thinking with the PLAY-DOH TEXTURES AND TOOLS Set! Kids can begin to develop and enhance sensory-motor skills – while having that hands-on PLAY-DOH fun – with the tools, playmats, and PLAY-DOH compound. Parents can use the Together Time Guide to find fun ideas and skill-building activities to make playtime even more rewarding! Set includes three texture stampers, three rollers, two rolling cutters, scissors, stylus, three double-sided mats, Together Time Guide, and six cans of PLAY-DOH compound.

Make the holiday season memorable for the children, by giving them high quality, fun toys that will last and last. All of these Hasbro items can be found at major retailers everywhere or online at HasbroToyShop.com

Comments are turned off. Please feel free to share on social media. Christmas is always better with HASBRO!
on November 28, 2017