Enter to win the ZEBRA line from Popcornopolis! 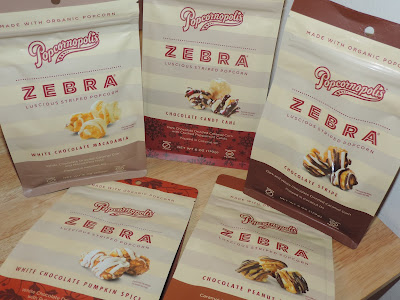 Popcornopolis has so many wonderful varieties of popcorn that you can't help but fall in love with them. It's their Zebra line that I've fallen for here lately. From White Chocolate Pumpkin Spice, to White Chocolate Macadamia, to my favorite the Chocolate Candy Cane!! I could have a bag of that last one, a limited holiday edition every single week (ahem, day) and be oh so very content. 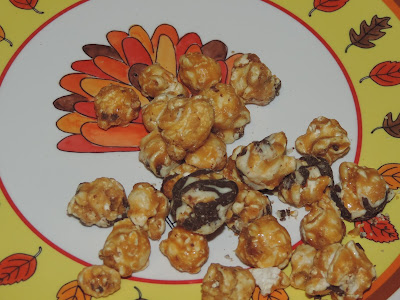 My son loves the Chocolate Stripe flavor the best. You can see it on his plate above, it's got those nice, rich chocolaty Zebra Stripes (hence the name) that melt in your mouth. I admit, it's pretty tasty. 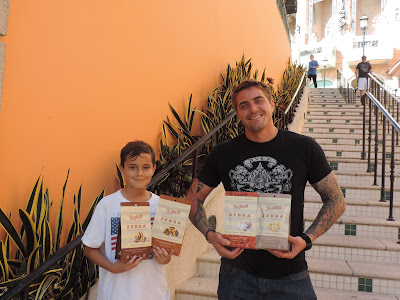 We recently met my oldest two boys to go see the new Thor:Ragnarok (it was so good!). My 2nd oldest and his girl were taking too long so I took out the popcorn samples I brought along for our after party (we all met at my oldest son's house for visiting...you gotta have snacks when you're visiting). My oldest and youngest were deeeeelighted. It's nice to have a unique snack to pull out when no one is expecting it. :) 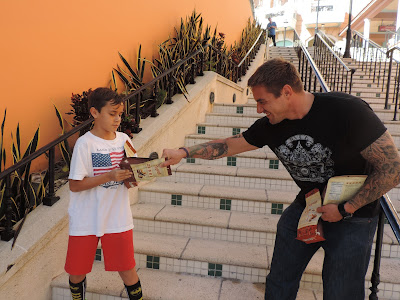 We decided to open one up before the rest of our party arrived, just to kill time (and occupy my mind, so I wouldn't stress about possibly missing the opening of that movie, hahaha), and the boys both picked the same flavor that they wanted to open and eat. You can see the youngest trying to hold on, but his brother is so much bigger, so you can probably guess who won. Luckily, all of my kids are great at sharing, so they ended up sitting at an outside table and happily eating some of the bag together. ;)

Popcornopolis is selling their Zebra Line at the following stores:

In addition the Zebra Line will be available for purchase on the company’s website, www.Popcornopolis.com, beginning November 1.

I've got five bags to give away! One lucky winner will get one bag of each of the following flavors:

These will be great to have around for holiday entertaining, or just having something awesome to munch on when you get a little sweet tooth. US entrants only.